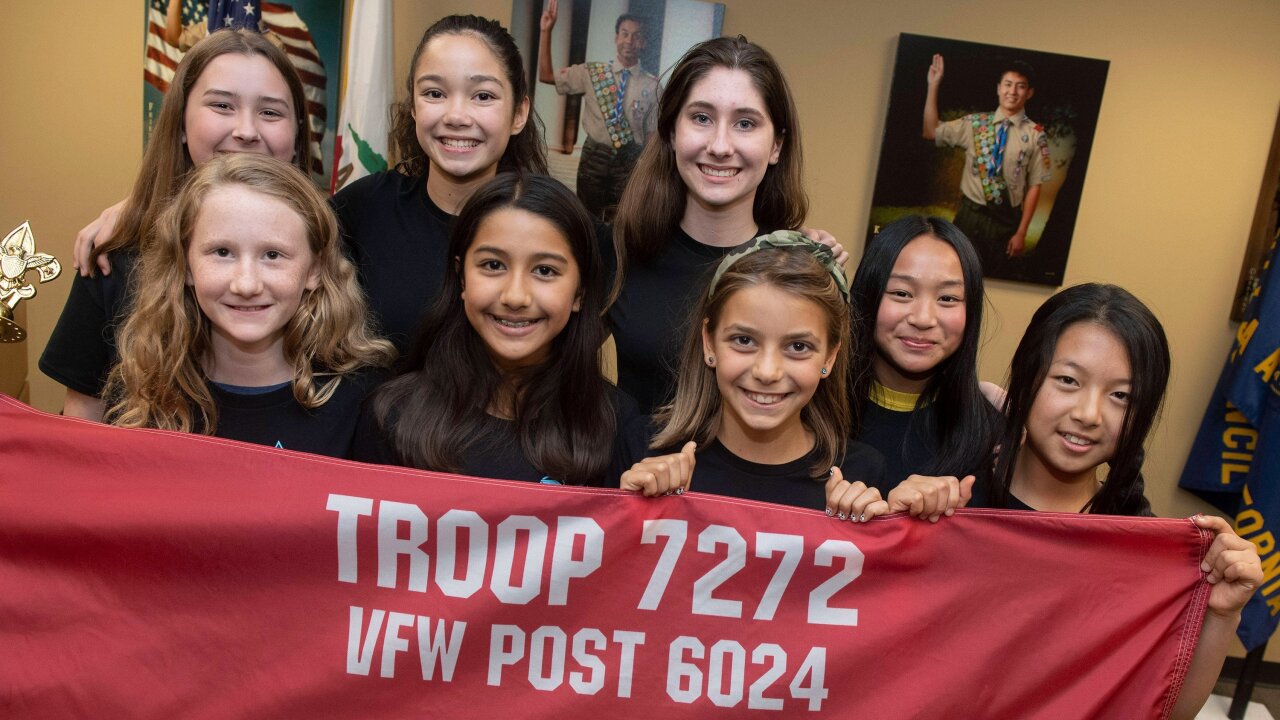 You read that right. As of Friday, the organization’s older youth program, “Boy Scouts,” will be called “Scouts BSA” — a change meant to welcome both boys and girls between the ages of 11 and 17.

It also means young women can realize their dreams of becoming Eagle Scouts, the organization’s coveted highest rank, which can offer lifelong academic and professional benefits. The first class of female Eagle Scouts will be recognized in 2020, according to Boy Scouts of America.

The program for younger kids, Cub Scouts, has been welcoming girls since last year, and more than 77,000 girls have joined. Its name will stay the same, as will the name of the 108-year-old parent organization, Boy Scouts of America.

“I could not be more excited for what this means for the next generation of leaders in our nation,” Chief Scout Executive Michael B. Surbaugh said in a statement Friday.

“Through Scouts BSA, more young people than ever before — young women and men — will get to experience the benefits of camaraderie, confidence, resilience, trustworthiness, courage and kindness through a time-tested program that has been proven to build character and leadership.”

‘I wanted to become a scout myself’

Boy Scouts of America (BSA) first announced it was going to include girls in 2017.

It was welcome news for many girls, like 10-year-old Kaylee Russell, who told CNN affiliate WJXT she’s been tagging along and participating in her older brother’s Boy Scouts events for a long time.

“My brother was always a Boy Scout and in Cub Scouts,” she said. “And they would always include me and I would do things like archery, swimming, shooting rifles. So much. And that encouraged me that I wanted to become a scout myself.”

Kaylee’s mom, Stacey Russell, is also glad her daughter is going to be able to participate, WJXT reported.

“She liked camping, she liked the hiking, the outdoors stuff. And this gives her a chance to actually earn the merit badges for the stuff that she’s already been doing with him anyway,” she said. Russell also likes the “leadership skills” that her son has developed, and is happy her daughter will have the same opportunity.

Not everyone welcomes the change

Welcoming girls into the Boy Scouts has not come without controversy.

There was mixed reaction on social media at the time of the initial announcement, with some suggesting the change was “PC,” or “politically correct.”

Girl Scouts of the USA (GSUSA) issued a statement that didn’t name BSA, but said that the “benefit of the single-gender environment has been well-documented by educators, scholars, other girl- and youth-serving organizations, and Girl Scouts and their families.”

And late last year, GSUSA actually sued BSA over the change from “Boy Scouts” to “Scouts BSA” in a trademark infringement lawsuit.

In an updated statement on Friday, GSUSA said BSA’s decision “does not change the position of Girl Scouts of the USA or our mission to serve girls, and girls only, and to foster their amazing leadership potential. We remain steadfast in our knowledge that Girl Scouts is the world’s single best leadership development program for girls.”

The organization later added that a judge last week ruled that the lawsuit is moving forward with all of the claims GSUSA made, after the BSA filed a motion to dismiss two of the claims.

“Beyond our view that the decision was entirely correct, Girl Scouts has no further comment on pending litigation,” GSUSA said in a statement.