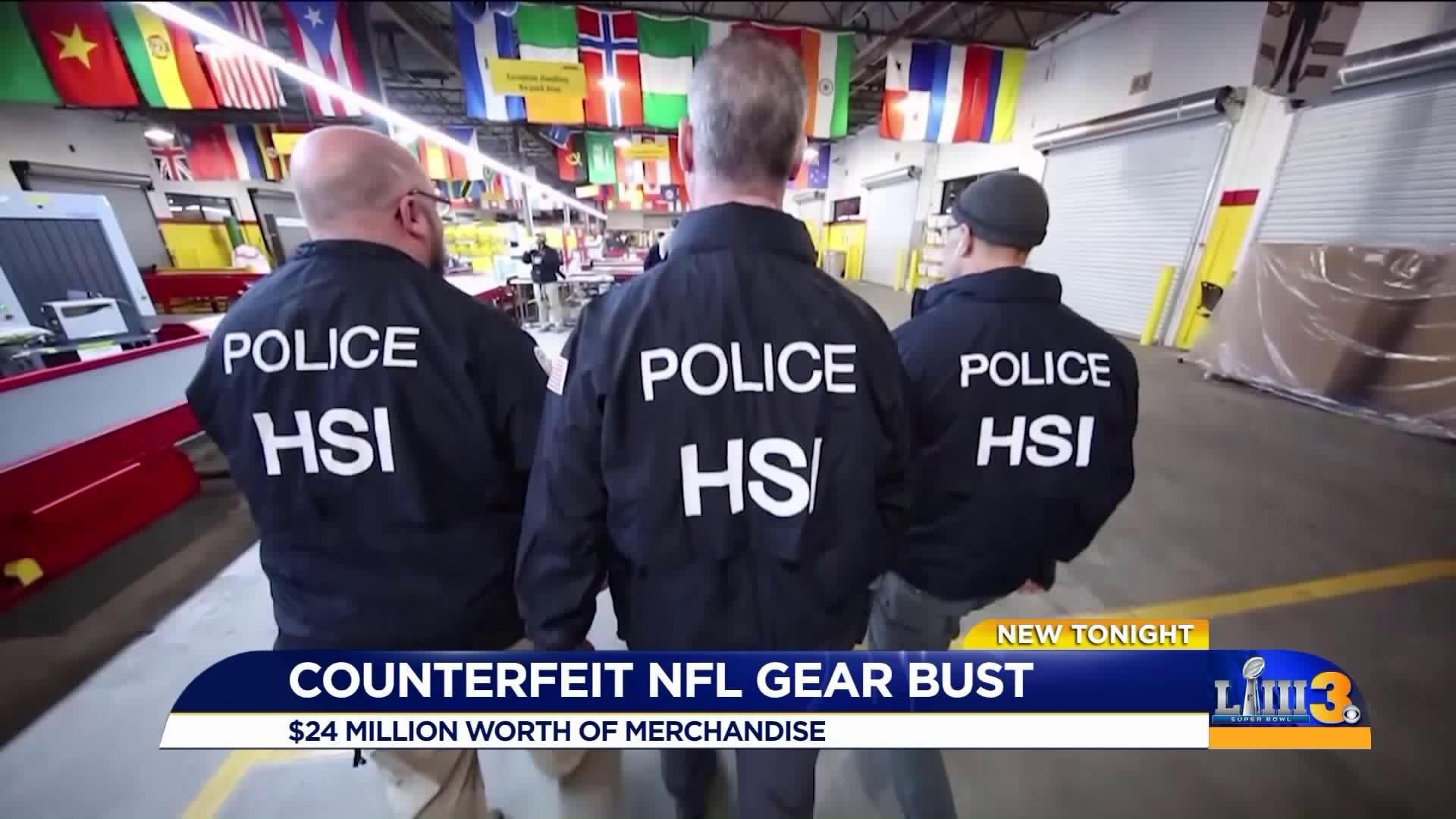 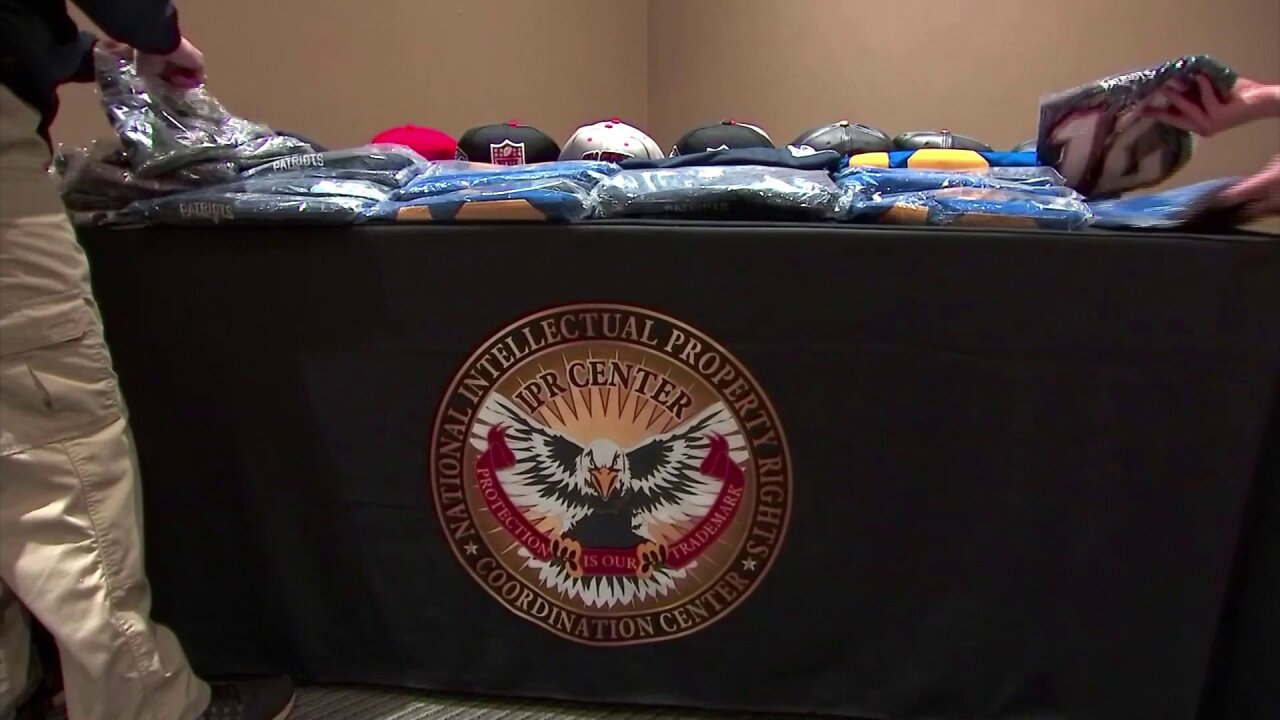 They said they seized fake jerseys, hats, cellphone accessories and thousands of other bogus items prepared to be sold to unsuspecting consumers.

It’s called "Operation Team Player," which is an investigation that’s been going on for the past year led by Homeland Security Investigations.

They said they have seized 285,000 counterfeit sports-related items worth more than $24 million.

They said 28 people were arrested, and there have been 21 convictions so far.

They made the announcement in Atlanta Thursday just before Super Bowl LIII.

Michael Lamonea is the Assistant Special Agent in charge of the Homeleand Security Investigations in the Norfolk and Richmond offices.

“Intellectual property theft, counterfeit items have a significant adverse effect on the U.S. economy, on our businesses and our jobs in the country. This really boils down to a buyer beware,” said Lamonea.

They said they just arrested someone on his way to Atlanta to sell fake tickets to this year’s game.

“The Duluth Police Department just arrested this individual with the means and the printer to move forward with a continued fraud,” said Joseph Bushner, Assistant Special Agent with the F.B.I.

Homeland Security Investigations officials say most of the counterfeit items come from overseas, but some are made here. They said these illegal operations hurt the U.S. market, scam unsuspecting fans and put money in the pockets of criminals.

“It’s a moneymaking business and some of these entities are actually funding criminal organizations,” said Lamonea.

They say the only way to be certain that you get what you paid for is to shop from authentic vendors and businesses.

David Hirschmann, president and CEO of the U.S. Chamber’s Global Innovation Policy Center said, “From counterfeit tickets to fake, substandard jerseys and sports gear, fans could be cheated out of their money and have their private information stolen. These counterfeits also cause long-ranging harm to the American economy, jobs, and businesses. The only way to be certain that you get what you paid for is to shop from authentic retailers and vendors.”