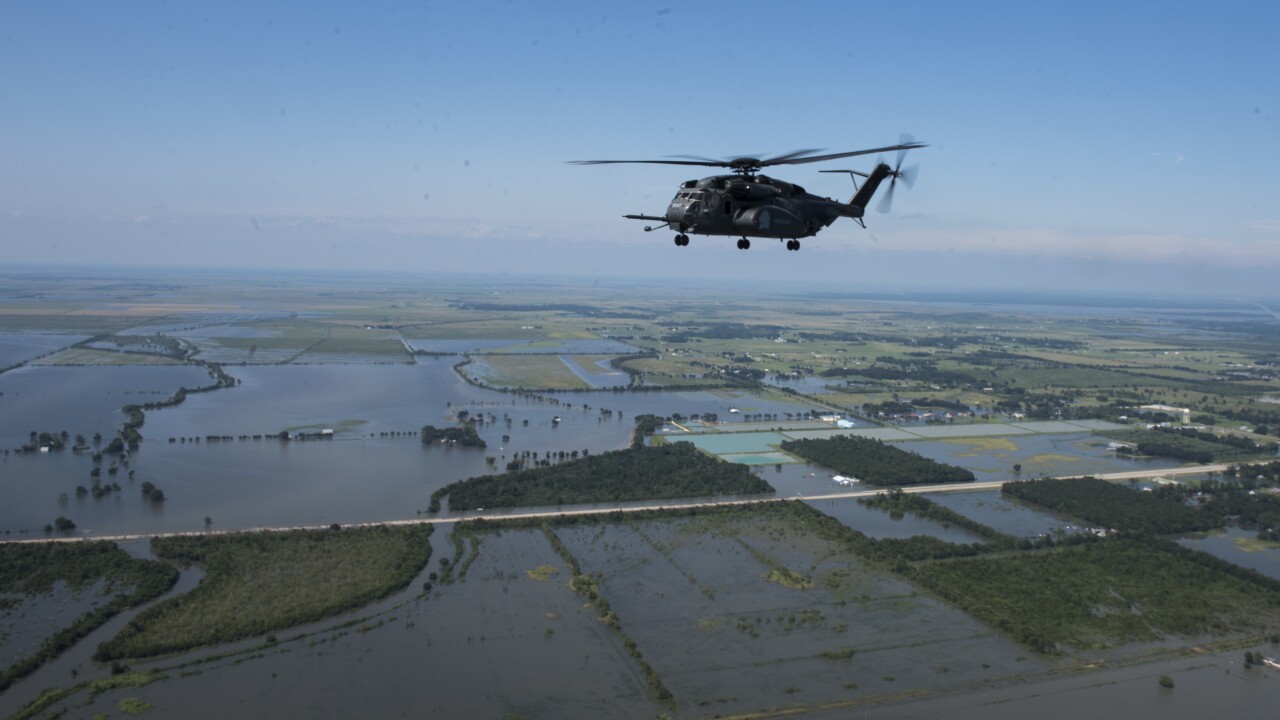 An MH-53E Sea Dragon assigned to the HM-15, Naval Station Norfolk, Va, flies over flooded areas of Houston, Texas, Aug. 31, 2017 on a mission to deliver food and water. Hurricane Harvey formed in the Gulf of Mexico and made landfall in southeastern Texas, bringing record flooding and destruction to the region. U.S. military assets supported FEMA as well as state and local authorities in rescue and relief efforts. (U.S. Air Force photo by Tech. Sgt. Larry E. Reid Jr.)

CAPE CHARLES, Va. – A Navy helicopter had to make an emergency landing on January 30.

The MH-53 helicopter assigned to HM-12 squadron was flying around the Eastern Shore when a warning light, similar to a warning light on a car, came on .

The crew made a precautionary landing near Cherrystone campground in Cape Charles in fear that there may be something wrong with the helicopter.

The crew later started the helicopter back up and returned to Naval Station Norfolk.

There were 3-4 crew members reported to be on board. No injuries were sustained.