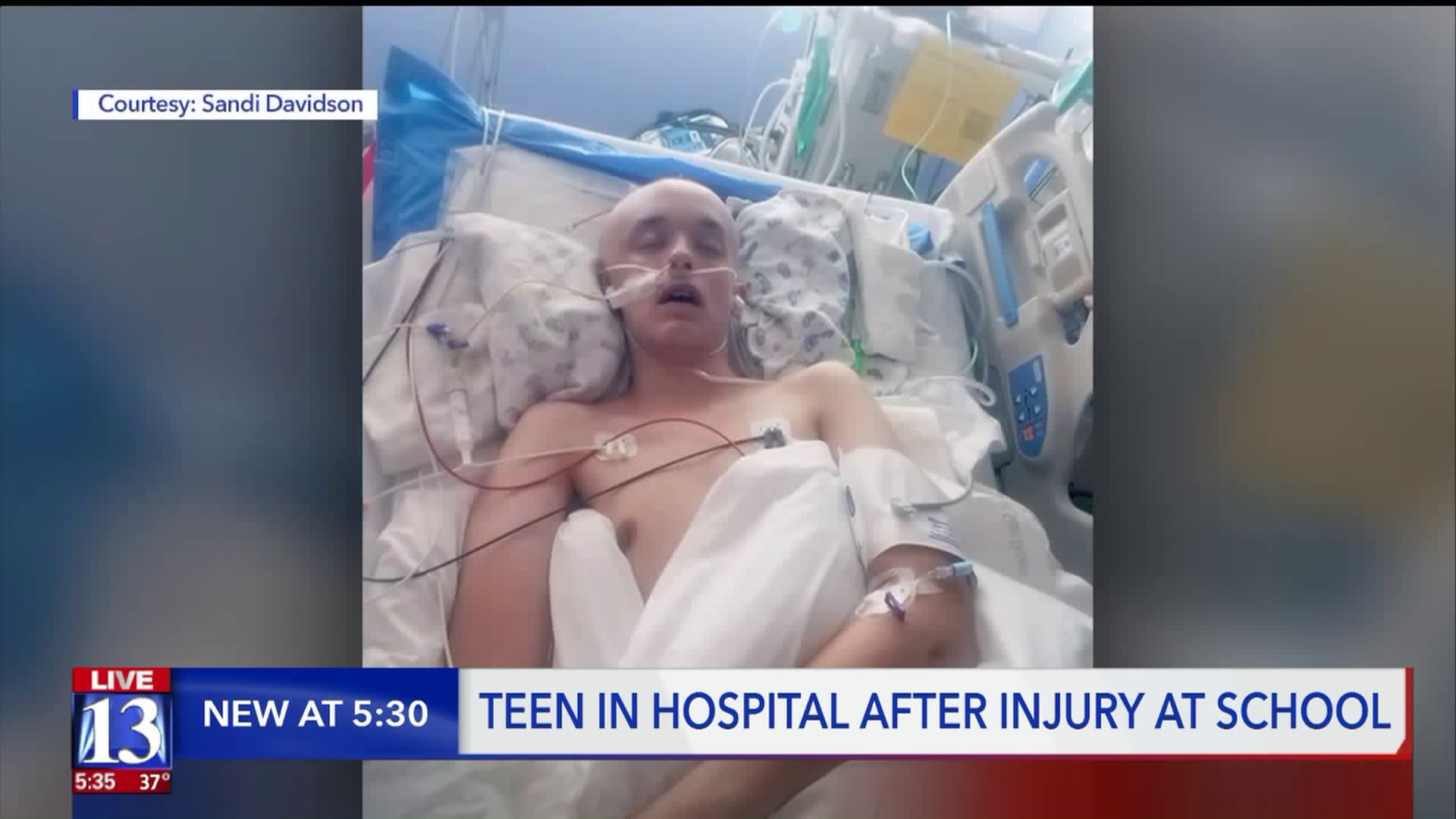 SALT LAKE CITY -- A mother says her teen son spent multiple days in a coma after suffering serious head trauma in an altercation at school she believes is linked to bullying.

It's been an exhausting week and a half for Sandra Davidson, from Elko, Nevada, staying by her son's side at Primary Children's Hospital in Salt Lake City, hundreds of miles from home.

Neo Hobbs, 16, can't yet tell her what happened to him, but Davidson described what may have unfolded.

Davidson explained Neo had been complaining of another student at Elko High School bullying him.

On Jan. 17, Davidson received a call that Neo had been sent to the hospital in Elko, and was unconscious.

She said she wasn't sure what happened. "All I know is, he was hit," she said.

"It shifted his brain. Made it bleed and bruised really, really bad," Davidson said. On top of that, Davidson said Neo's skull was fractured.

Twelve days later, she said Neo was moved from the ICU to the trauma unit at Primary Children's Hospital.

His hospital stay could last for two months, Davidson said.

The Elko School District confirmed an incident took place at Elko High School on Jan. 17. The school district superintendent said it was found to be a confrontation and fight between two students. Punches were thrown and a student fell, the superintendent said.

According to Davidson, doctors are indicating that Neo's injuries could be from something worse.

"They were just asking me, 'He had to have been hit with something,'" she said.

Davidson said officers with the Elko Police Department are investigating, but they did not immediately respond to requests for comment.

"You send them to school, and you shouldn't have to worry about your kids going to school," she said. "Especially about something like this."

Family friends have set up a fundraising account to help with hospital bills. It can be found here.