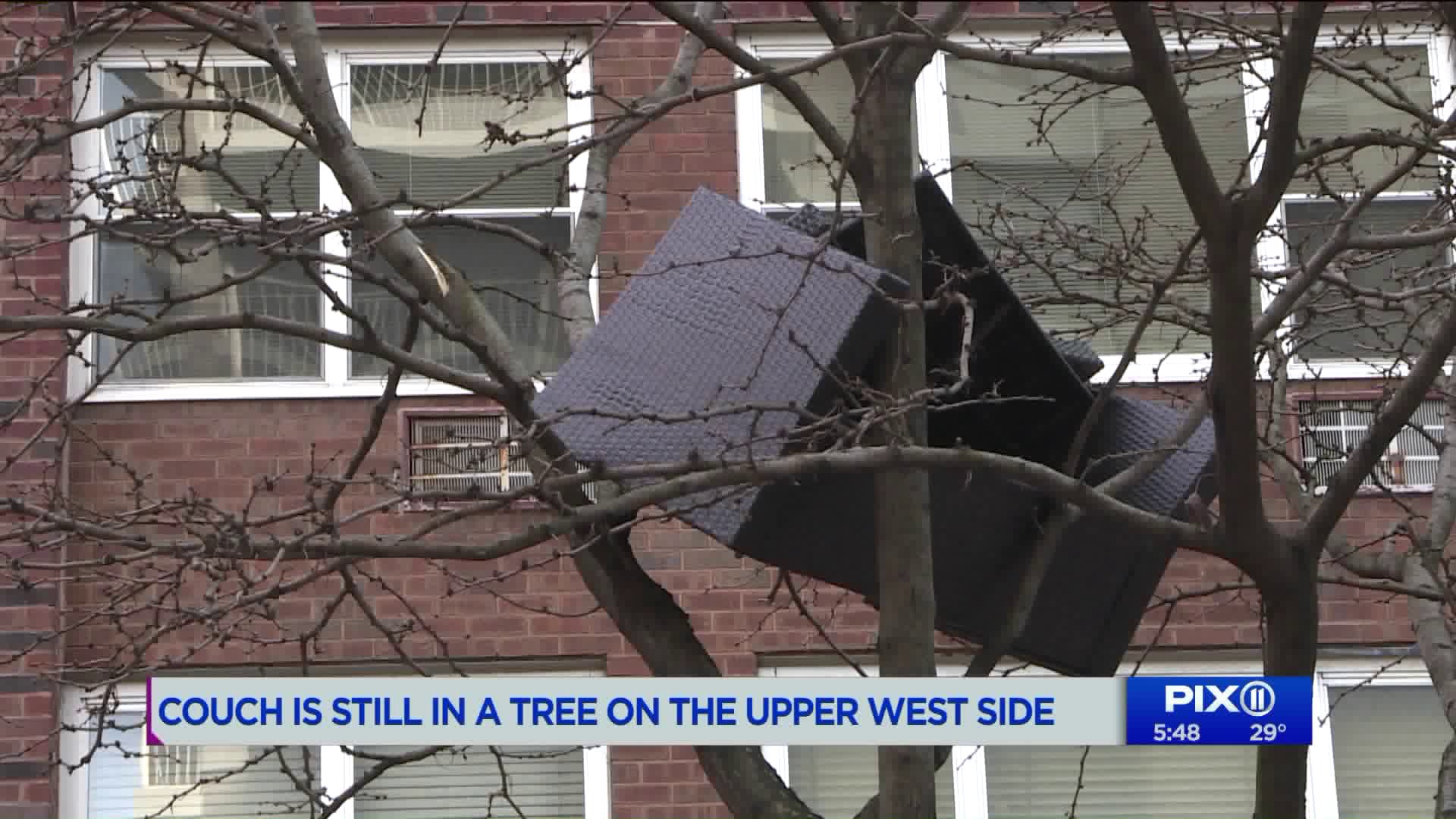 For about a week, q wicker couch, or maybe love seat is more appropriate, has been seated in a tree on West 95th Street near Amsterdam Avenue. But in a city where looking up is something reserved for tourists, native New Yorkers say they didn`t even see it until we pointed it out. 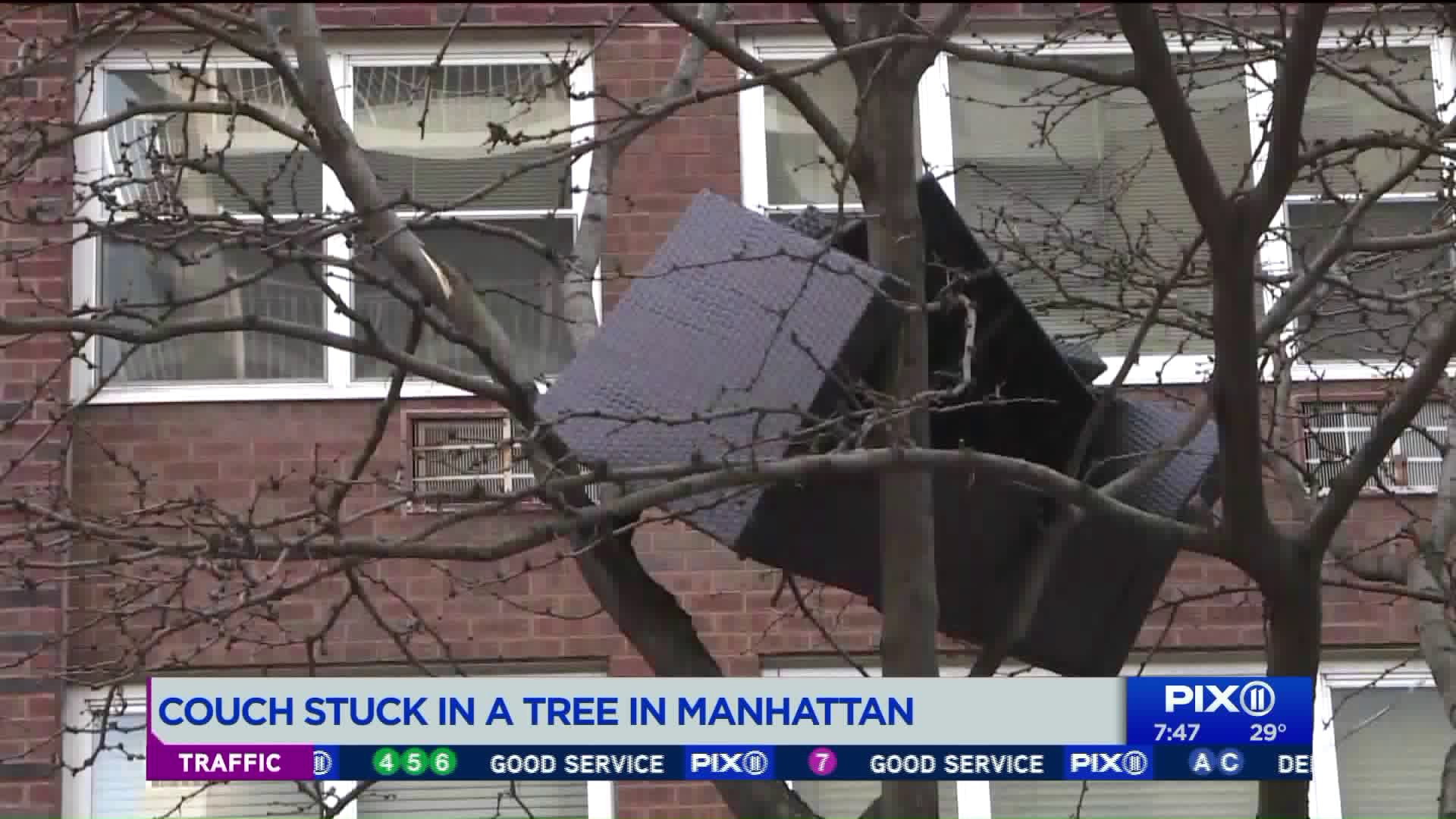 NEW YORK CITY - No matter how you couch it, this one is an unusual story, even in New York.

For about a week, a wicker couch, or maybe love seat is more appropriate, was seated in a tree on the Upper West Side. But in a city where looking up is something reserved for tourists, native New Yorkers said they didn't even see it until WPIX pointed it out.

"I sure have not noticed that," said Linda Cardonna. "I didn't look up."

With a camera on the scene, plenty of people took the time to look up and some even reached for their cellphones to snap a quick pic for the gram. Cardonna wasn't impressed.

"I've seen bigger things than that on trees," she said. "I'm not going to go there."

Those who did notice have formulated their own theories of how it got there in the first place.

Some said it was a Craigslist curb alert gone wrong. Most believe a gust of wind took it off a balcony from the building across the street, and the Department of Buildings sent out an advisory last Wednesday warning of strong winds.  Others hypothesized that it actually went from the ground up.

"We have a joke in the family that a bunch of squirrels came and did it," said one woman who lives on the block but declined to give us her name. "My youngest son said 'I don't think they could do that,' but my husband said 'no, they're strong squirrels.'"

Whether it was a gust of wind or someone trying to move out in a hurry remains an unknown, but one man said the fact that it landed perfectly in a tree and did not hurt anyone or do any damage is an act of divine intervention.

"It's an act of God," said Jose Sanchez. "Can you believe that? This is crazy. It could have landed anywhere."

Plenty of people said they reported the situation to 3-1-1. The Department of Buildings told WPIX that they're not responsible, and a representative from Councilwoman Helen Rosenthal's office said they're looking into it, but Cardonna believes New York's bravest would get the job done.

By Tuesday morning, the couch had been mysteriously removed, but people were still stopping by hoping they weren't too late to catch a glimpse.