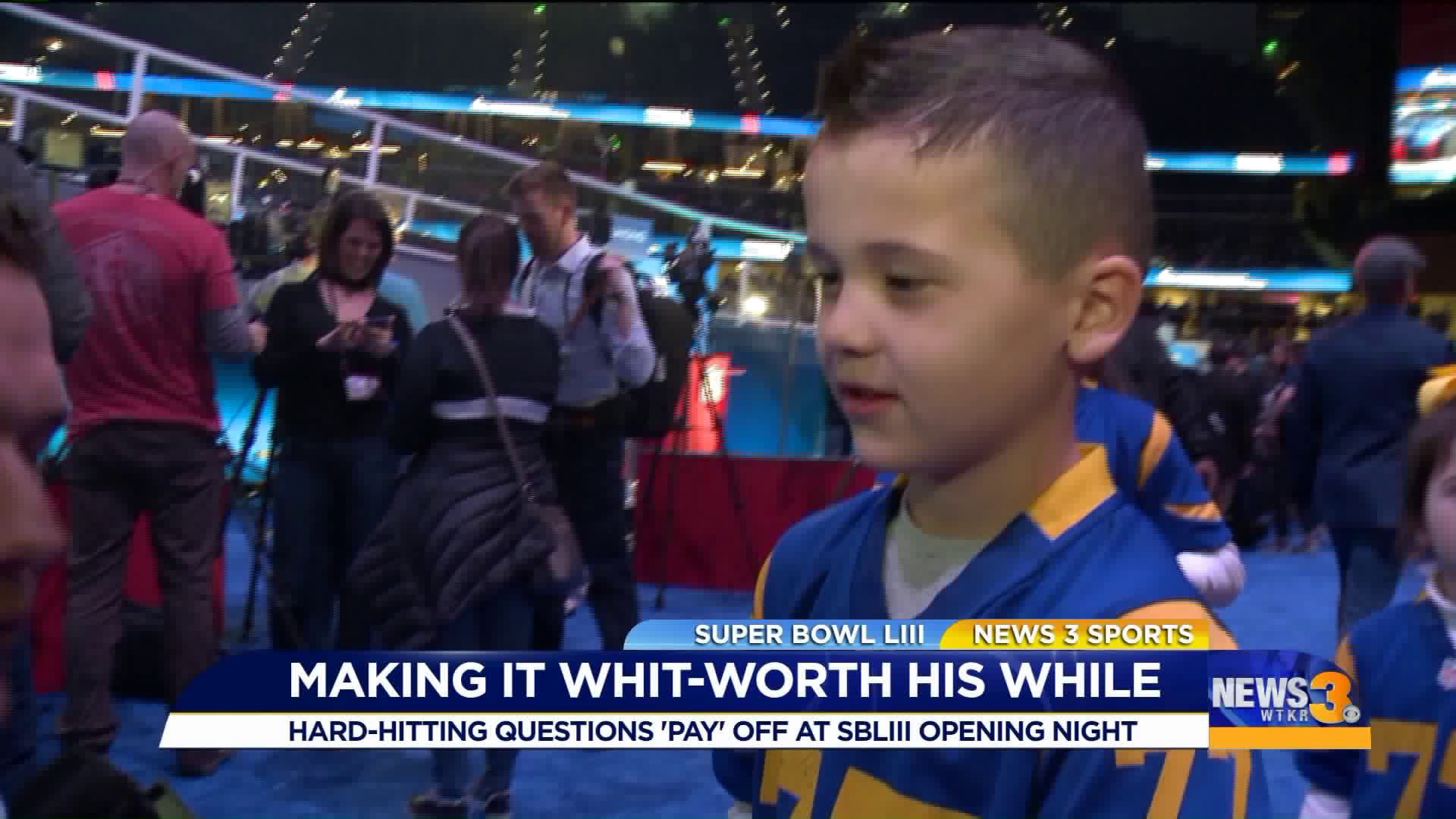 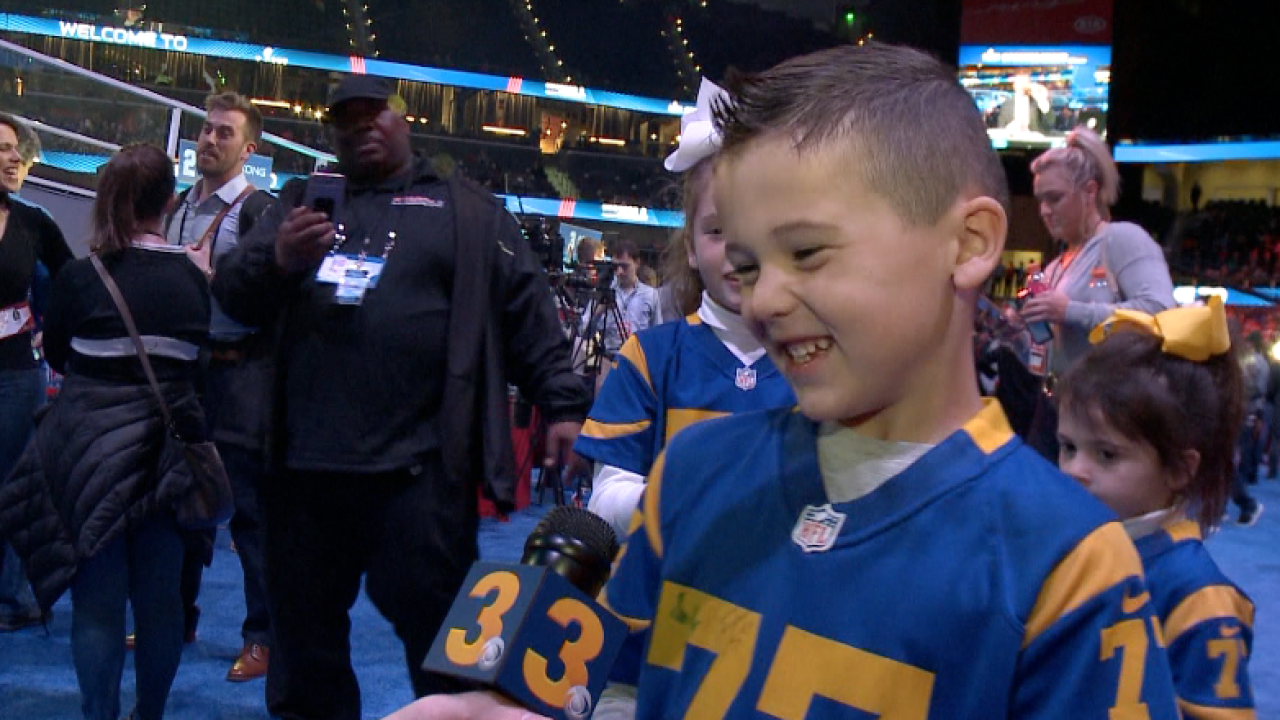 ATLANTA, Ga. - Super Bowl Opening Night, formerly-known as Media Night, is often a circus. You could say this is not the night on which true journalism shines - and that assessment would be right on the money.

As News 3 Sports Director Adam Winkler reports in his light-hearted piece from Super Bowl LIII in Atlanta, all week - the New England Patriots and Los Angeles Rams will be seeking-out ways to gain an advantage on their opponent. Well, according to Wink - reporters are no different. 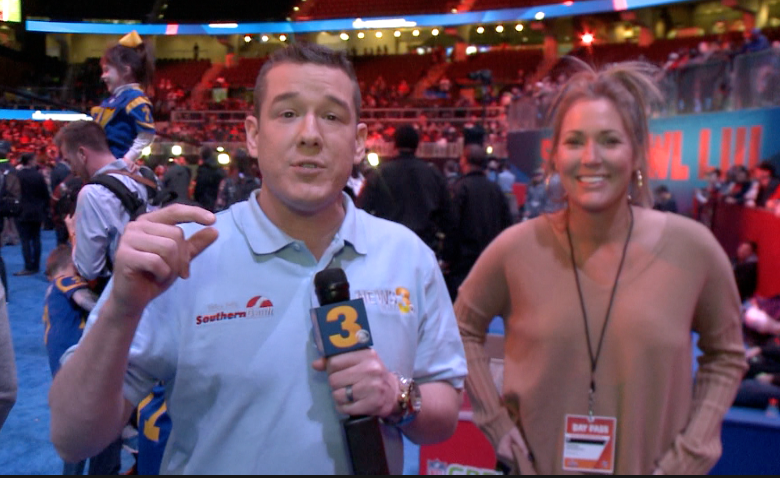