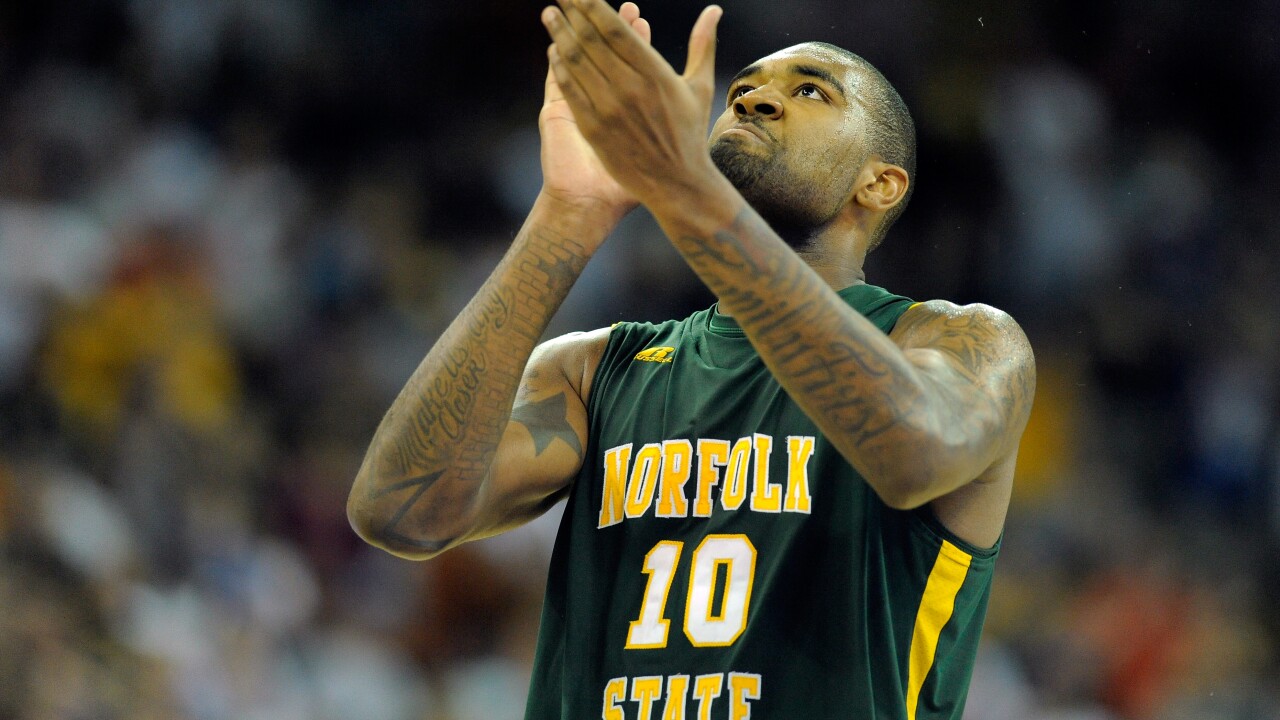 O’Quinn will be the third player in NSU men’s basketball history to have his jersey number retired, joining Bobby Dandridge (No. 12) and David Pope (No. 34). O’Quinn will be honored during halftime of the NSU-NCCU Alumni Day men’s game on Feb. 16, which tips off at approximately 6:30 p.m.

Dandridge, Pope and the five NSU women’s players with their numbers retired were honored last Saturday in a ceremony at the NSU-Maryland Eastern Shore game.

From there, O’Quinn led NSU to what was (at the time) just the fifth-ever upset by a No. 15 seed over a No. 2 seed in NCAA tournament history, as the Spartans knocked off Missouri 86-84 behind O’Quinn’s 26 points and 14 rebounds. Missouri was ranked No. 3 in the national polls entering the tournament and was a Final Four favorite of many prognosticators. To this day, ESPN ranks the upset as the biggest in NCAA tournament history in terms of point spread. O’Quinn rode that performance and new-found fame to several more honors, including the Lou Henson Award for the nation’s top mid-major player – a first for an HBCU player.

O’Quinn was picked by the Orlando Magic in the second round of the 2012 NBA Draft. He was the first Spartan drafted since 1988 and first MEAC player drafted since 1998. He played six seasons with both the Magic and then the New York Knicks before signing with the Indiana Pacers for the 2018-19 season.

O’Quinn still ranks as the top shot-blocker in NSU history, with 283. He also ranks seventh in program annals in rebounds (1,092), 10th in field-goal percentage (55.3) and 15th in scoring (1,607 points). He is still the only two-time winner of the MEAC Defensive Player of the Year Award.

O’Quinn will be inducted into the MEAC Hall of Fame in March.