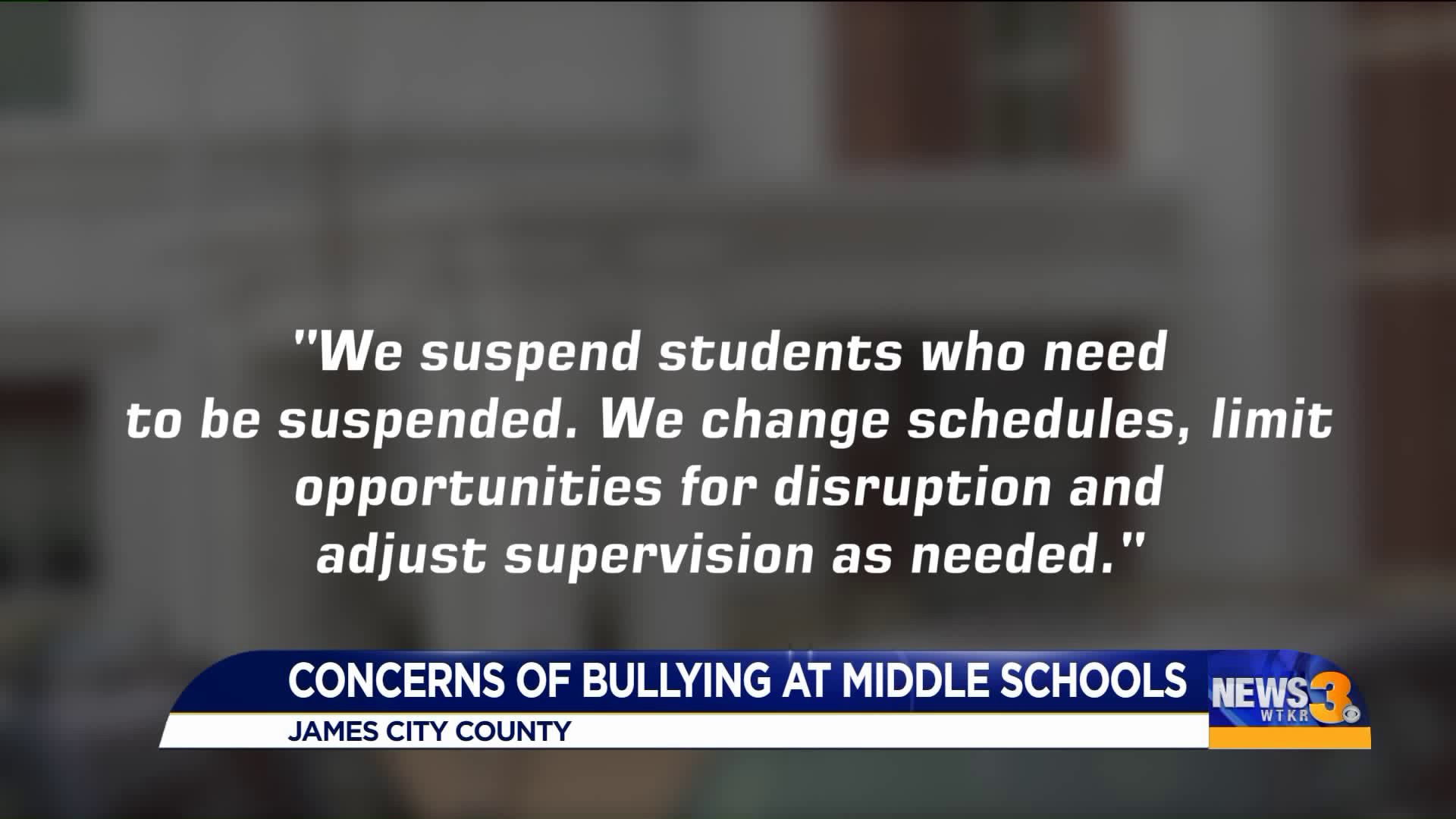 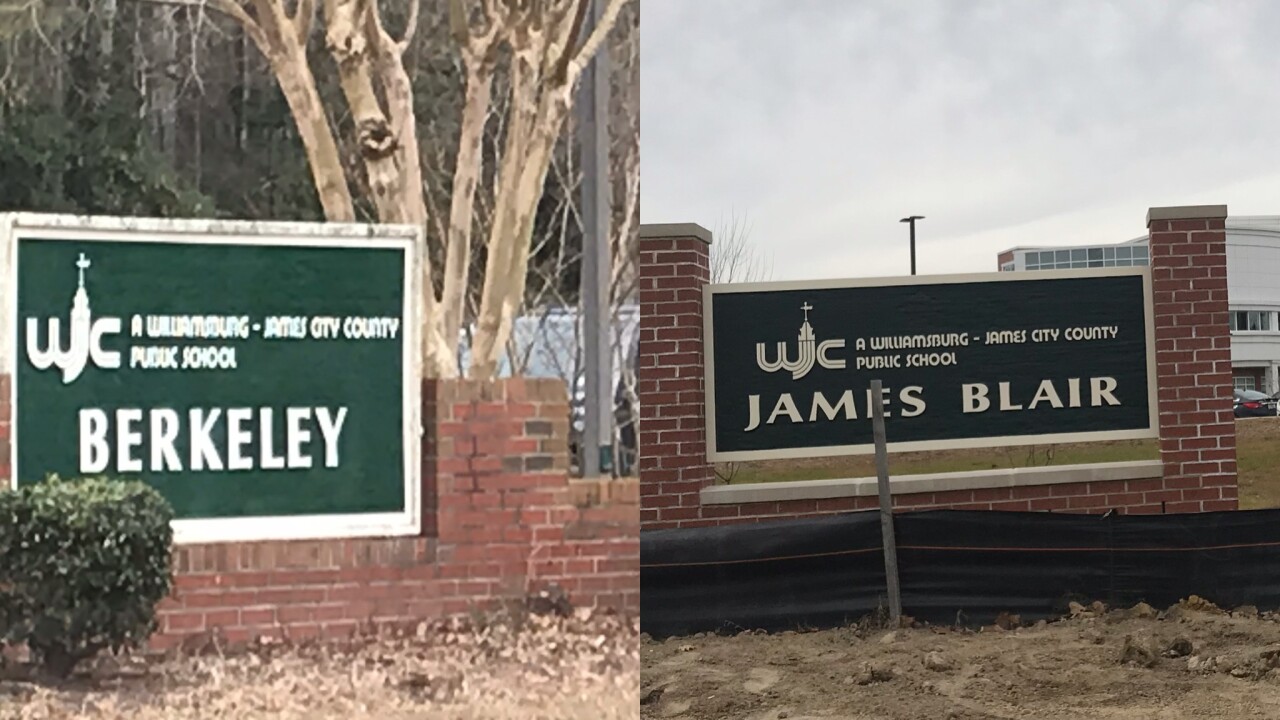 One mother said her daughter is autistic and has been bullied for the last year at Berkeley Middle School. "They’ve told my daughter she needs to kills herself and how she needs to do it," she said, visibly upset.

Another mother told News 3 she pulled her kids from the public school system before they hit middle school because one of her daughters was physically assaulted in the 3rd grade.

Another parent said his child was sexually assaulted by another student at James Blair Middle School and he and his wife have since pressed charges against the 13-year-old boy.

The mother of the autistic child said the punishment she has seen has not been enough to stop her child from being afraid at school.

"Nothing ever happens to these other kids, meanwhile I get a phone call saying my daughter in class says she wants to kill herself. We know where it's coming from; we know how it started. I was going to the school and telling them about it, but they refuse to look at the other kids."

News 3 heard from one parent who said his 7th grader has had nothing but positive experiences at James Blair during his time there and is thriving.

The principal of the school did agree to meet with a reporter from News 3 on Monday, but scheduling issues posed a problem so he provided a written statement about the allegations instead.

Below is the statement from Principal Ty Harris regarding student discipline at James Blair Middle School:

The number one priority for everyone at James Blair Middle School is student safety. All students have the right to learn and grow in a positive and safe school environment. I understand and appreciate the concerns that have been raised by our families. I want to assure them and our community that we take these matters very seriously. We have clear expectations for student behavior at James Blair Middle School, and we do not tolerate actions that are threatening, intimidating or disruptive to the learning environment

We strictly adhere to the WJCC Code of Conduct which outlines offenses and provides a range of consequences. We suspend students that need to be suspended. We change schedules, limit opportunities for disruption and adjust supervision as needed. Additionally, we have worked very hard to establish a character development program called The Harbor. We also have a multi-tiered system in place for academic and behavior supports. Or central office team has been extremely helpful in providing assistance and additional adult supervision within the school as well.

Sadly, student discipline matters and reports of bullying behavior are issues facing schools and families across the nation. The term bullying refers to repeated, targeted behavior tied to an imbalance of power. What we see more often at James Blair Middle School are individual instances of bad behavior and poor decision making. And, when we drill down on who is doing this, we are finding it is the same small group of kids over and over. As you can imagine, this is very frustrating,

Finally, I would like our community to know that there are amazing things happening at James Blair Middle School. Our teachers are engaging students in innovative and challenging learning activities in the classroom and out athletic and club events are highly attended. I’m disappointed that the teachers and students here at are doing so many great things, but that is it is being overshadowed by isolated bad behavior.