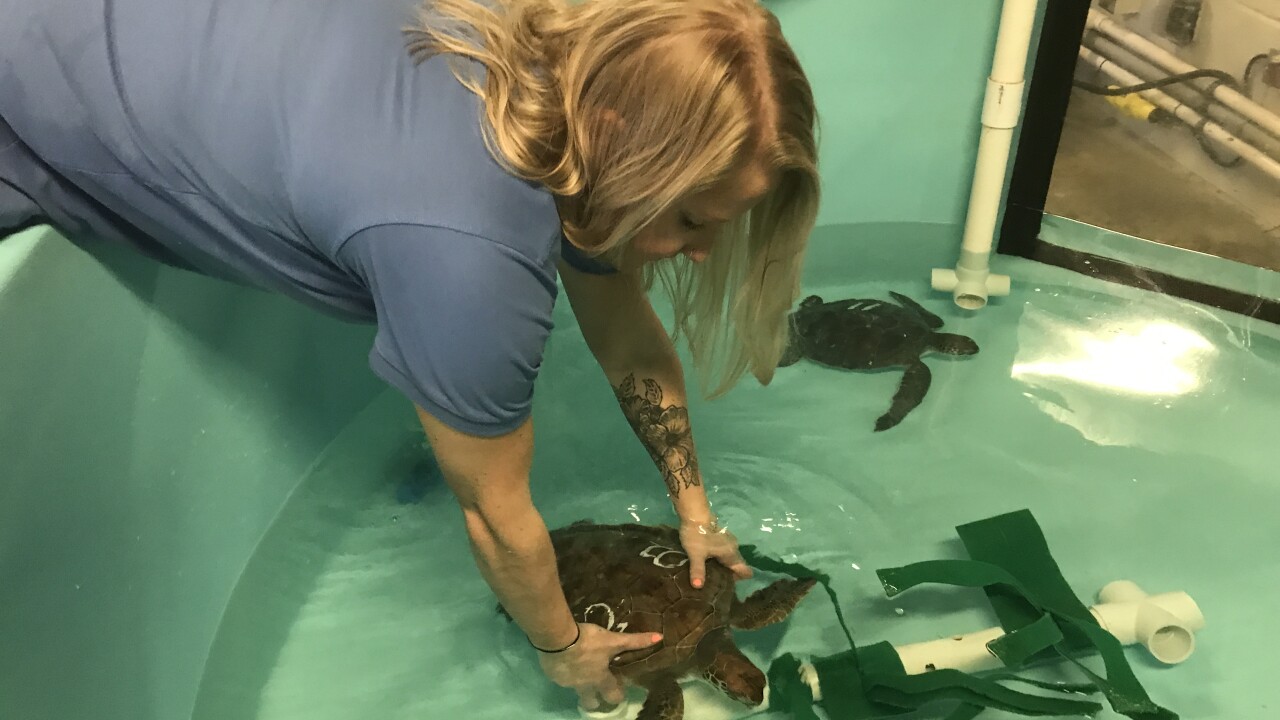 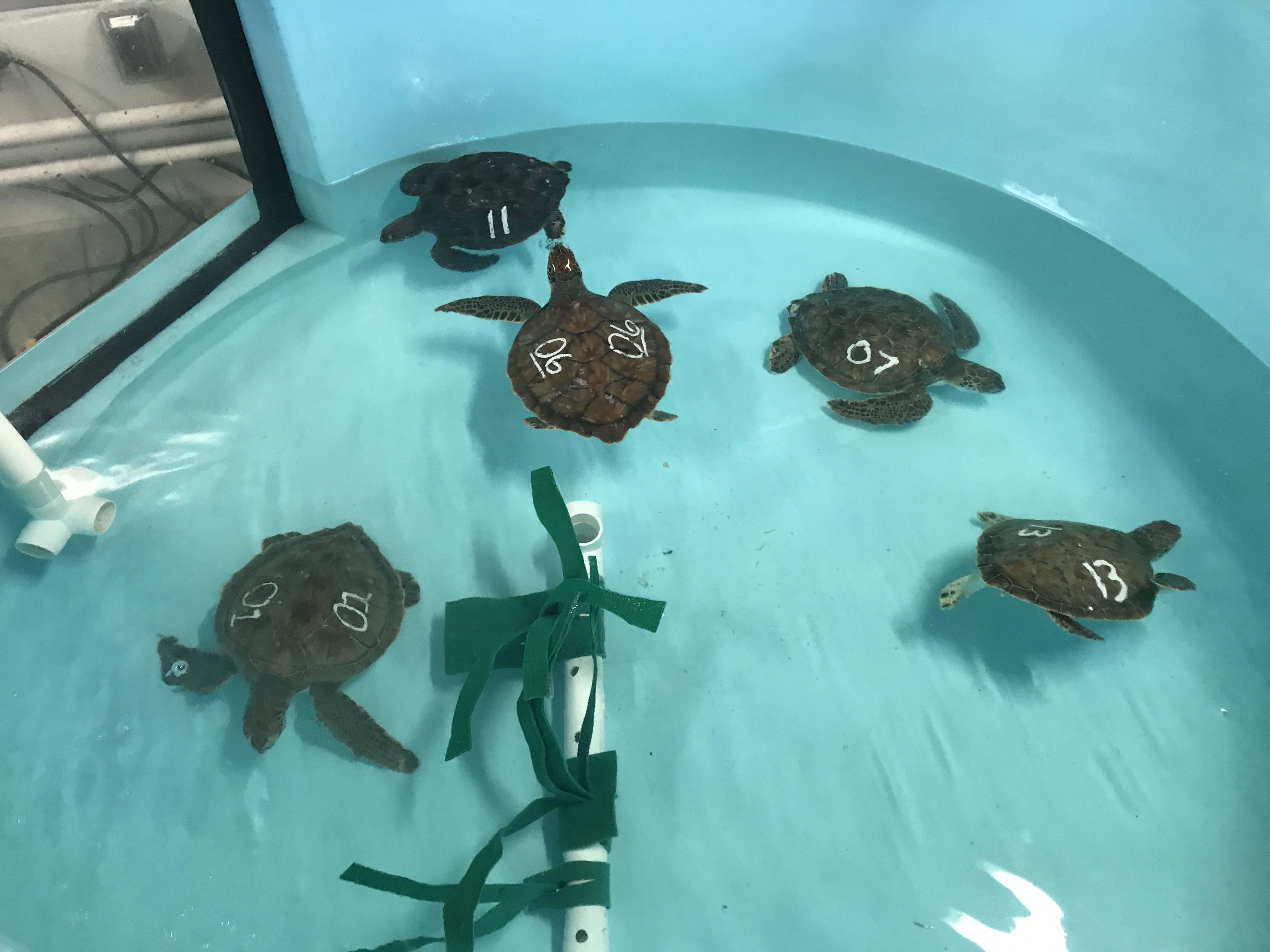 MANTEO, N.C. – Sea turtles stranded by cold-stunning on the Outer Banks are being treated at the North Carolina Aquarium.

The technicians and volunteers at the North Carolina Aquarium on Roanoke Island’s Sea Turtle Assistance and Rehabilitation (STAR) Center are working hard to take care of these turtles.

Colder weather that started January 1 has resulted in an increase in washed ashore turtles from Hatteras to Ocracoke.

37 turtles were being treated in the STAR Center as of January 1 which includes: 20 green sea turtles, 13 Kemp’s ridley and four loggerheads.

Cold-stunning happens when water temperatures drop rapidly before the sea turtles have a chance to make their way back to the warmer waters of the Gulf Stream.

Turtles may experience hypothermia-like symptoms and are often found stranded on beaches and in sound side marshes when they impacted by cold-stunning.

It is normal to expect the arrival of cold-stunned turtles, but the number of turtles recovered and in need of treatment treated varies. With the cooperation of partners like the Network for Endangered Sea Turtles (N.E.S.T), the U.S. Coast Guard, the National Park Service and other agencies, the STAR Center’s aims to release as many of these turtles back to the ocean when possible.

“The sea turtles in our care right now look good,” says STAR Center Manager Amber White. “Many are swimming well and responding to treatment. We think the chances are good that they will be able to be released.”

The turtles go through an initial intake when they get to the StAR center. The intake measures their vital signs, examines blood, and checks for any additional injuries or illness. The turtles begin to slowly warm back up from there.

After being monitored closely, and when they are swimming and eating normally, a final check by the North Carolina Aquariums veterinarian staff will clear them for release.

Anyone who finds a stranded sea turtle should call N.E.S.T. at (252) 441-8622. N.E.S.T. volunteers have specialized training to recover and transport sick or injured turtles.

The STAR Center continues year-round rehabilitation of sea turtles rescued from various scenarios, from boat strikes to pneumonia, but a cold-stun events use extra resources and supplies.

The NC Aquarium on Roanoke Island has set up an Amazon Wish List online where users can purchase medical supplies directly for turtles in the STAR Center.