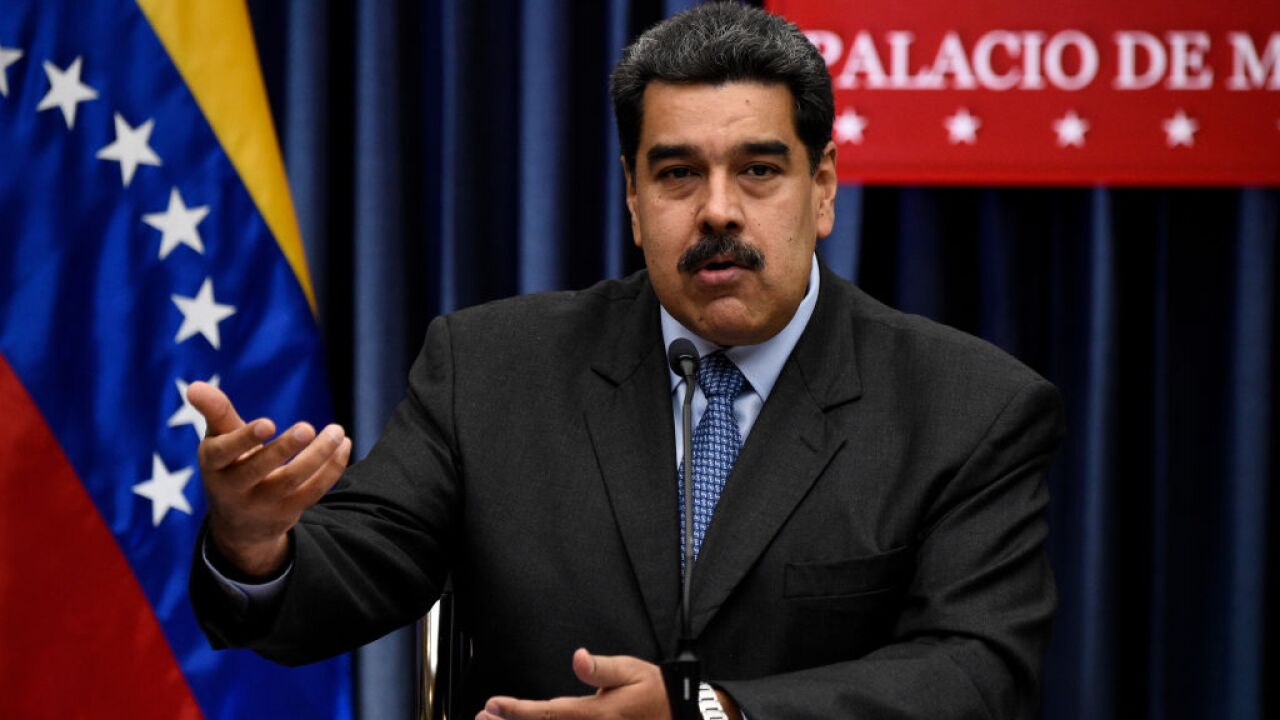 Venezuelan President Nicolas Maduro is expected to speak at Venezuela’s Supreme Court Thursday, a day after he gave US diplomats 72 hours to leave the country in response to US support of opposition leader Juan Guaido.

The head of the National Assembly declared himself acting president Wednesday as anti-government protests rocked Venezuela and just weeks after the start of Maduro’s second term in power.

On Wednesday, hours after President Donald Trump officially recognized Guaido as the country’s legitimate president, a defiant Maduro appeared before supporters to accuse the United States of backing an attempted coup. The US is one of several countries recognizing Guaido as Venezuela’s leader.

Maduro announced that he was cutting remaining political and diplomatic ties with Washington.

“We cannot accept the invasive policies of the empire, the United States, the policies of Donald Trump,” he said to cheers from the crowd. “Venezuela is a land of liberators.”

“We will not surrender,” Maduro added.

Guaido and his supporters have accused Maduro’s government of “usurping power” and called for new elections.

Maduro has continued the social welfare programs and price control policies of Hugo Chavez, who steered the country toward socialism before dying in 2013. Through nearly a decade of mismanagement, Venezuela has squandered its oil wealth, leaving its economy in tatters and Latin America reeling from a mass exodus of migrants in search of food and medicine.

The United Nations estimates as many as 3 million Venezuelans have fled since 2014.

Sporadic clashes erupted after Guaido’s swearing in — with news footage showing National Guard members launching tear gas canisters at anti-government demonstrators near one of the main highways in the capital.

“The young people of my country need freedom,” Grace Chacon said at a march in Caracas.

CNN has not independently verified the death toll and no official figures have been released by the government.

“I have no words to express the pain I feel as I continue to learn that Venezuelans have been killed during the protests in the last hours,” Guaido tweeted Wednesday evening. “To their families, I can only guarantee that Justice and Peace will reign in our homeland.”

UN Secretary-General Antonio Guterres has stressed the need for dialogue in Venezuela to prevent “a total disaster” in the country.

Speaking at the World Economic Forum in Davos, the UN chief said he was worried about the situation in Venezuela and hoped that dialogue was possible to “avoid an escalation that could lead to the kind of conflict that would be a total disaster for Venezuela and the Venezuelan people and for the region.”

Prior to his dramatic swearing-in before throngs of supporters in the capital Caracas, Guaido, 35, said the day marked the beginning of an unstoppable movement to restore independence and democracy to the troubled nation.

“We know this will have consequences,” Guaido said.

Maduro addressed a sea of supporters wearing red — symbolic of the government’s socialist revolution — from the balcony of the Miraflores presidential palace. He recounted a long history of “gringo interventions and coups” and said that only Venezuelans can elect and remove their government leaders.

“The imperial government of the United States is leading a coup attempt against us in order to install a puppet presidency that they can control in Venezuela,” he said in a speech broadcast live on state broadcaster VTV.

“We are here to reject any type of attempt to interfere with our nation,” said Betulio Reyes, a pro-Maduro rally participant. “We are independent and sovereign and can decide on the fate of our own lives.”

Jose Luis Gutierrez of Caracas vowed to “defend my country and my President against any foreign insurgency.”

Trump vowed in a statement to use “the full weight of United States economic and diplomatic power to press for the restoration of Venezuelan democracy.”

Depending on Maduro’s response to the protests, Trump is prepared to take a range of actions in retaliation, including possible oil sanctions, two sources familiar with White House deliberations said.

US Secretary of State Mike Pompeo reiterated the United States would support Guaido as he carries his duties as president and decides the status of the country’s diplomats in Venezuela.

Maduro does not have “the legal authority to break diplomatic relations with the United States or to declare our diplomats persona non grata,” Pompeo said Wednesday evening in a statement.

The US Embassy in Caracas issued a security alert indicating that US diplomats and their families will be restricted to travel only within a few neighborhoods in Caracas and school-age children will be staying at home.

The embassy will remain open during regular business hours but all visa appointments for Thursday have been canceled, the alert said.