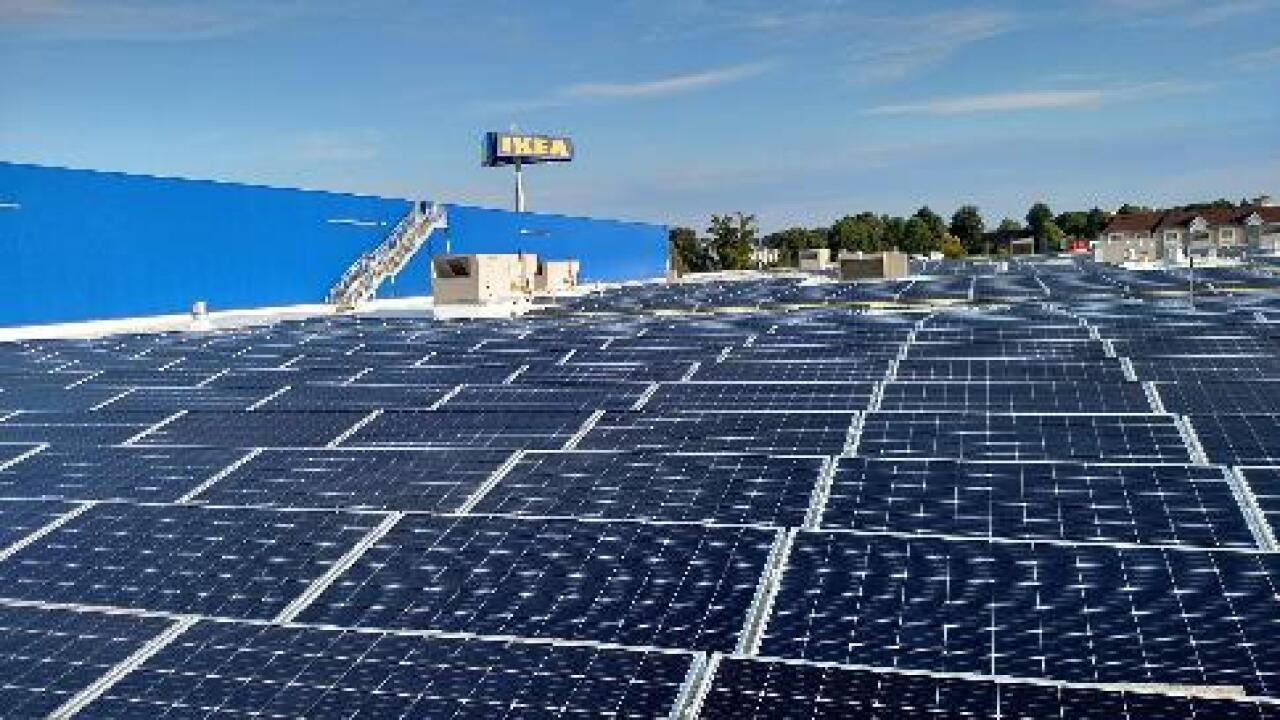 NORFOLK, Va. – When Norfolk’s IKEA opens in Spring 2019, it will be equipped with solar panels and electric vehicle (EV) charging stations.

The company says that IKEA Norfolk will feature a 180,000-square-foot solar array, which will consist of a 1.26 MW system, built with 3,654 panels and produce 1,743,000 kWh of electricity annually for the store, the equivalent of reducing 1,233 metric tons of carbon dioxide (CO2) – equal to the emissions of 262 cars or providing electricity for 215 homes yearly. They say it will make it the largest solar rooftop array in Hampton Roads.

IKEA, which is a Swedish company, says that its country’s heritage of respect for nature is a key part in why it is developing these environmentally friendly add-ons and options.

“We are excited to further our sustainability commitment with the installation of the largest solar rooftop array in the area and EV charging stations at our future IKEA Norfolk store,” said Lisa Davis, Sustainability Manager, IKEA U.S. “At IKEA, we want to have a positive impact on people and the planet, and these investments support our objectives to reduce our emissions and achieve energy independence by 2020.”

According to IKEA, this installation will represent the 56th solar project for IKEA in the U.S., and contribute to the company’s solar presence atop nearly 90% of its U.S. locations, with a total generation of more than 56 MW.

Globally, IKEA has allocated $2.5 billion to invest in renewable energy through 2020 and has installed more than 750,000 solar panels on buildings across the world, owning approximately 441 wind turbines, including 104 in the U.S.

The future 331,000-square-foot IKEA Norfolk store will be built on 19 acres on the northwestern corner of Interstate 64 and Northampton Boulevard.