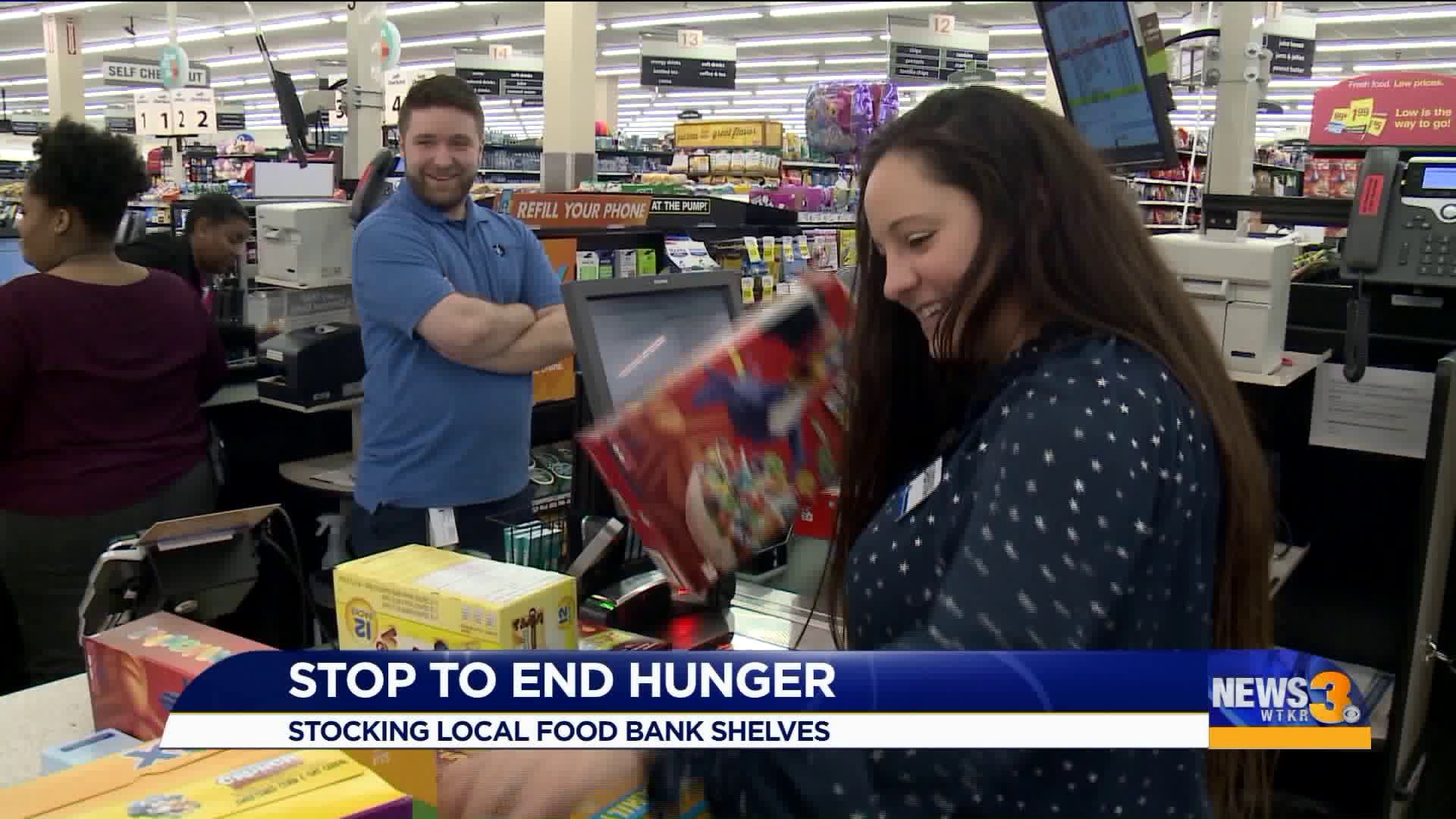 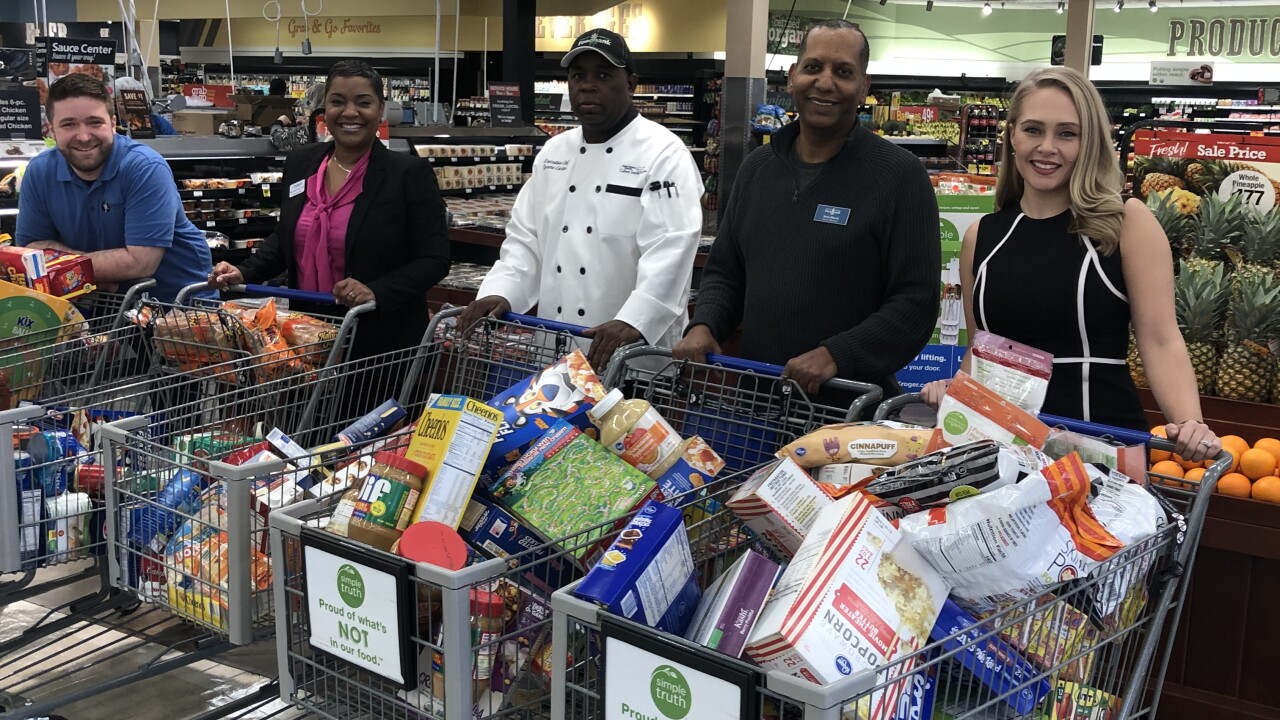 According to local food banks, there is a dramatic drop in donations after the holiday season, and this year it comes at a time where the government shutdown is hitting the area hard.

Foodbank of Southeastern Virginia and the Eastern Shore Chief Executive Officer Ruth Jones Nichols says the need for food is always there. She says that need can become more difficult to meet when unexpected circumstances happen, like the lengthy government shutdown.

“So this is fortunately and unfortunately a good time to raise awareness,” Jones Nichols said.

The five competitors, chosen from food banks and Virginia media, were read the rules.

“We will be competing to collect the staple items that we distribute through our foodbank and that we know are so important for our families,” Jones Nichols said

“I am already knowledgeable about nutrition, so I am going to get nutritional food,” Carter said.

“I’ve seen the shopping shows, so I don’t know if I can take a bunch of the tuna cans and put them into a cart, but I am going to do the best that I can,” Morris said.

As an employee of NASA, Morris is also dealing with the shutdown as a furloughed worker. “People didn’t realize you can do really well at your job and then something can happen beyond your control and then you have to worry about putting food on your table for your children,” Morris said. 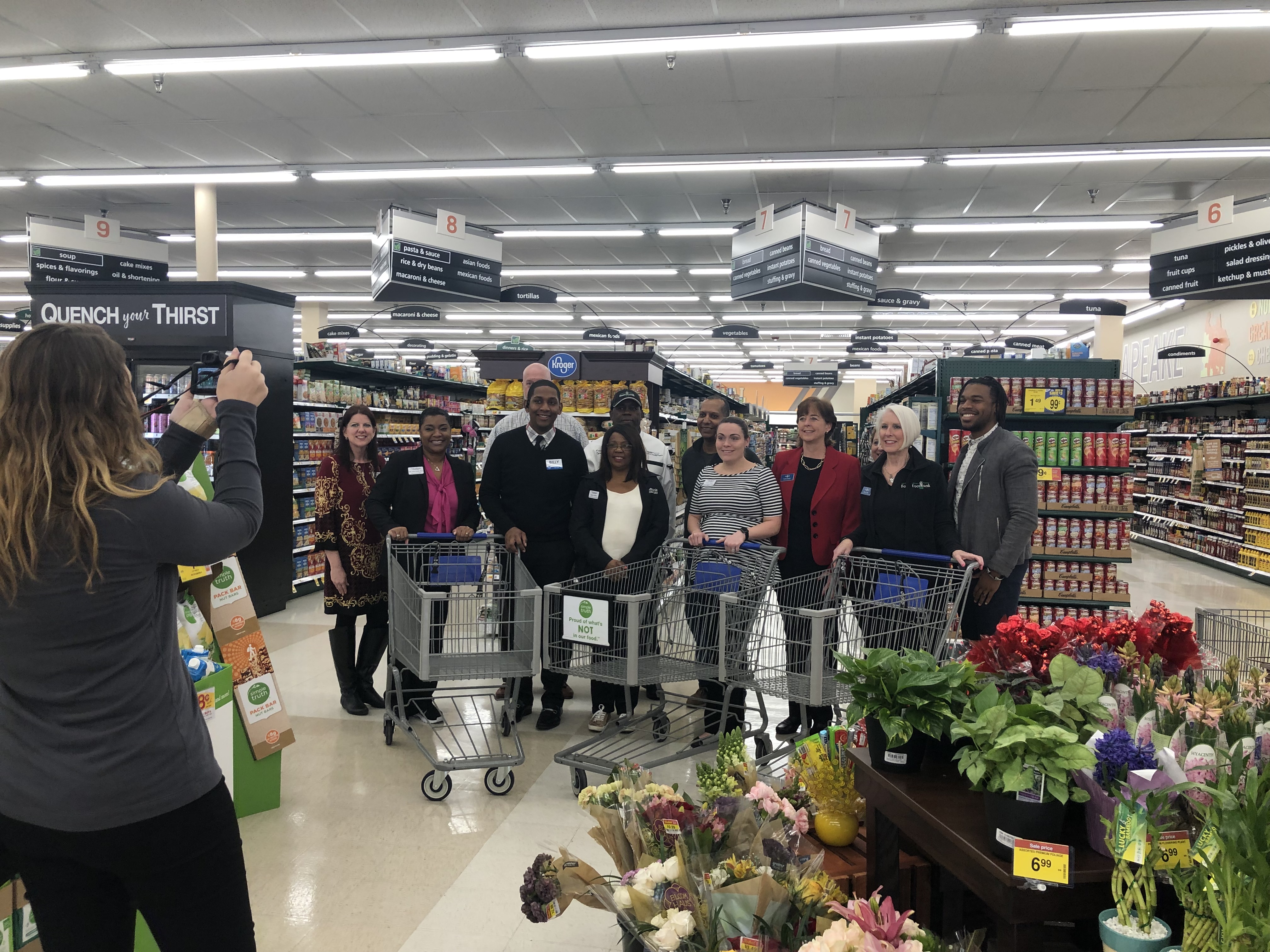 Between aisles 6 to 11 each competitor was given 90 seconds to fill their cart with items needed by both food banks. Each person could only grab three of the same items. Functional shoes were recommended.

After the race, cashiers checked out the carts to name the two winners, the cart with the most items and the golden cart for the person who racked up the most expensive shopping trip.

Kroger covered the cost of all the food collected. They also donated about $2,100 dollars to each food bank with gift cards so they can use them throughout the year when needed.