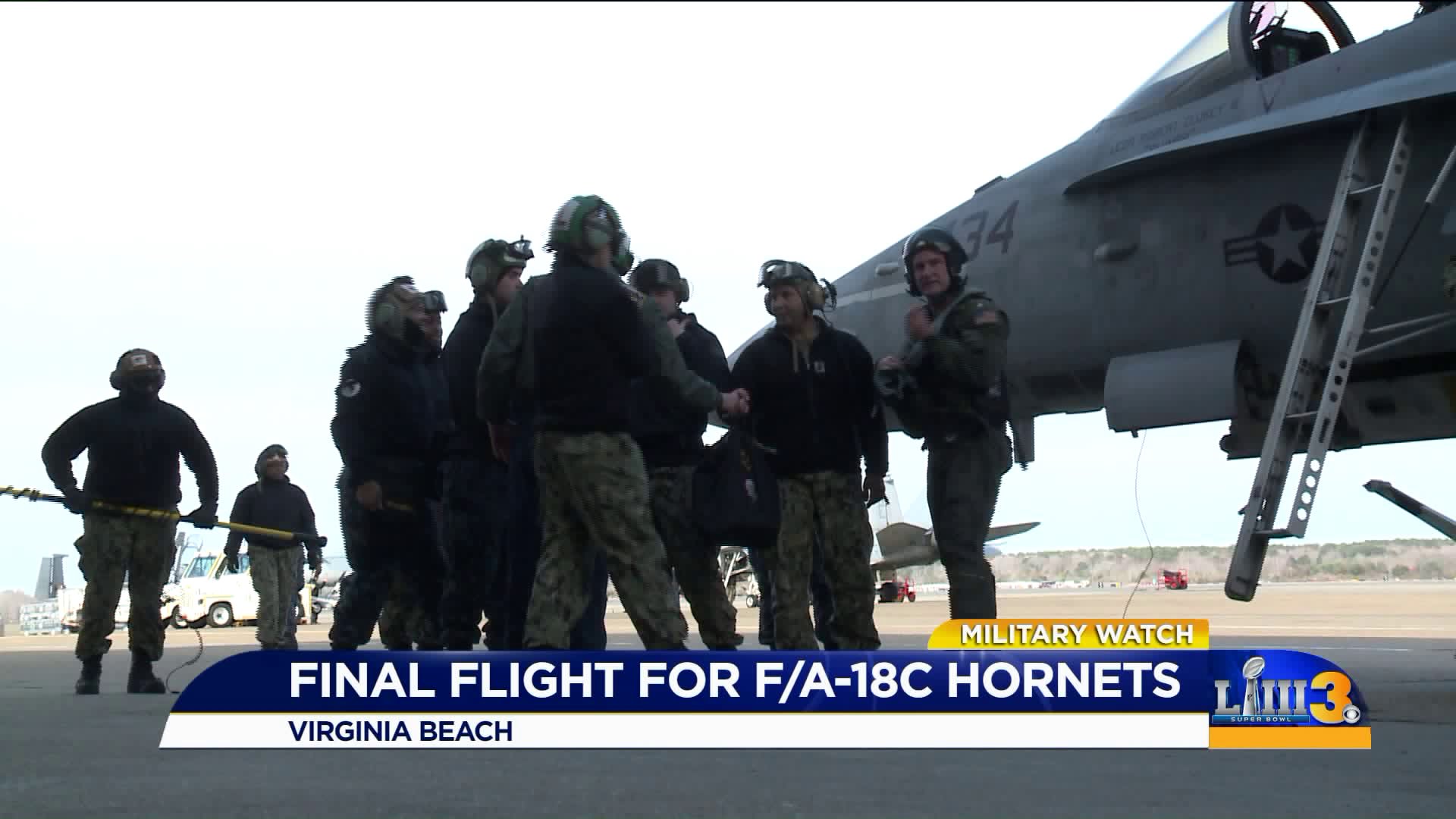 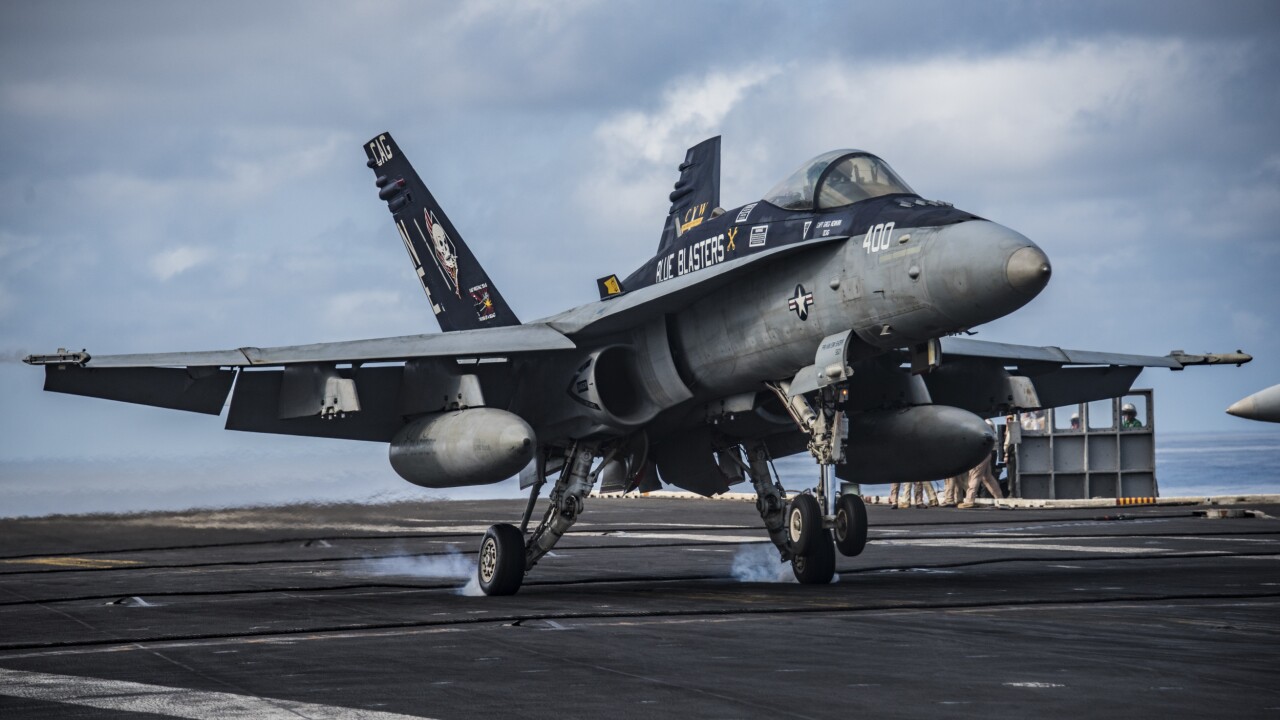 NORFOLK, Va. - The Navy celebrated the last flight of the F/A-18C Hornet by an operational Navy squadron at Naval Air Station Oceana Friday.

The Hornet, known as the “legacy” Hornet, is a twin-engine, supersonic, all-weather, carrier-capable, multi-role combat jet, designed as both a fighter and attack aircraft.

It also serves as the original F/A-18 design that later led to the F/A-18 Super Hornets, widely in use today.

The F/A-18C Hornets, which are single-seat jets, have been flying with Navy squadrons for 35 years and the “Blue Blasters” of Strike Fighter Squadron (VFA) 34 are the last remaining deployable Hornet squadron.