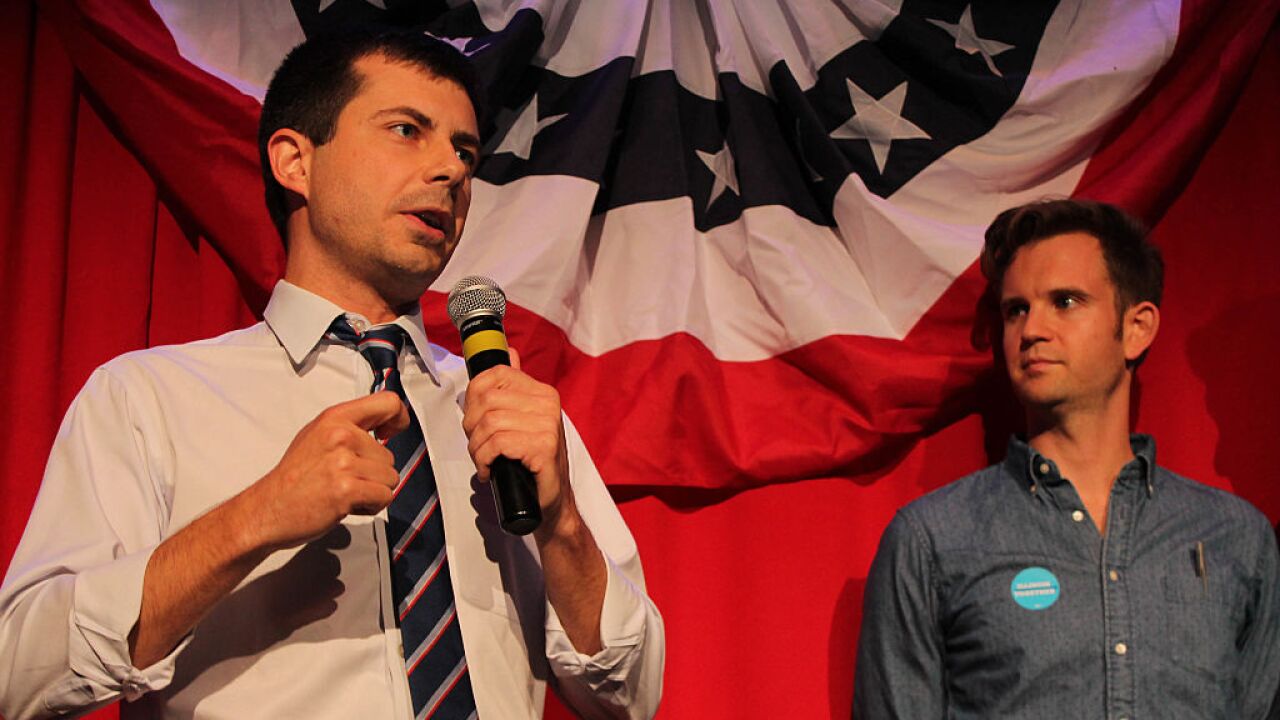 Pete Buttigieg, the 37-year-old openly gay mayor of South Bend, Indiana, who served in the Navy during the war in Afghanistan, announced on Wednesday that he is launching an exploratory committee for a 2020 presidential bid.

Buttigieg made the announcement in an email to supporters and in a video posted online where he lays out his message of generational change centered on three vales: Freedom, security and democracy. In that video, Buttigieg leans into how he took over South Bend when he was 29 years old and claims he turned around what had been referred to as a “dying city.”

“There’s a new generation of voices emerging in our country, walking away from the politics of the past and ready to deliver on our priorities. There is no ‘again’ in the real world; that’s not a bad thing,” Buttigieg says in the video. “We are ready for a fresh start.”

Buttigieg’s 2020 argument is that he would like to do the same for the country that he did for South Bend, even if he knows the odds are against him, and that the only way to accomplish change like that is through a generational shift in American politics.

“What will America look like in 2054, when I reach the age of the current president,” he asked in his email to supporters. “How will we look back on 2020?”

Buttigieg, who most recently ran for chair of the Democratic National Committee after the 2016 election, has been exploring a presidential bid for over a year, moving closer with a trip to Iowa in December where he was well received by an audience of progressives in Des Moines.

The mayor, who has little national name recognition and could struggle to get attention in a crowded field including heavyweights like Sen. Kamala Harris of California, Sen. Kirsten Gillibrand of New York and Sen. Elizabeth Warren of Massachusetts.

Buttigieg acknowledged his long odds in his email to supporters.

“I am aware of the odds we would face if we proceed to mount a national campaign. But I am exploring this run because I can offer a different experience and perspective than anyone else,” he wrote. “And I believe that at a moment like this, underdog campaigns will go further than the establishment would normally allow when it comes to bold ideas that can truly meet the threats and opportunities coming our way.”

“Before Buttigieg wastes time on a presidential campaign, he should focus on his town’s sea of potholes and sky-high crime rate,” said Michael Ahrens, a spokesman for the Republican National Committee. “His bid isn’t just bad news for residents, it’s more proof that Democrats are about to endure the most crowded, divisive, and contentious primary in history.”

Buttigieg will further explain his plans at a news conference in Washington on Wednesday morning.

Buttigieg was born and raised in South Bend and went on to attend Harvard College and later became a Rhodes scholar. After a three-year stint at the consulting firm McKinsey and Company, Buttigieg came back to Indiana and lost a race for state treasurer in 2010. The race helped him with his name recognition in the state, however, and he successfully won his first term as mayor of South Bend in 2011. Buttigieg was first deployed to Afghanistan two years later in 2013.

Another issue for the mayor’s bid is how to pronounce his last name, something that has become a bit of a running joke between he and his husband, Chasten, who tweeted a list of possible pronunciations in 2018 that included “boot-edge-edge,” “buddha-judge” and “boot-a-judge.”

(Buttigieg’s name is Maltese and roughly translates to “lord of the poultry.”)

Buttigieg, who came out in 2015, will also be the first openly LGBTQ elected official to run for President, according to the LGBTQ Victory Fund.

In an interview with CNN in December, Buttigieg wondered if his sexuality would be an issue for more conservative Democrats.

“The only way to know is to get out there,” he said. “I will say I got re-elected with 80% of the vote after I had come out while Mike Pence was governor of Indiana. I don’t think these things decide your fate.”

But the party has shifted dramatically on same-sex marriage over the last decade, with a Gallup poll in 2018 finding that 83% of Democrats support it.

Annise Parker, the openly gay former mayor of Houston and President of LGBTQ Victory Fund, called Buttigieg’s announcement “a historic and powerful moment for the LGBTQ community and the entire country.”

“In such a wide-open presidential race, Mayor Buttigieg would be a welcome contribution to the marketplace of ideas that will determine where our nation is headed in 2020 and beyond,” she said. “And while he is not running on his sexual orientation, his presence will undoubtedly elevate LGBTQ issues in the Democratic primary.”

And after his speech in Iowa in December, a number of attendees commented that they appreciated that he embraced who he was and made it part of his broader story.

“I like that Mayor Pete guy,” one woman standing near the elevator was overheard by CNN. “He’s gay and going places.”

Buttigieg’s first book, “Shortest Way Home,” will come out in March and will serve as an explanation for his longshot 2020 bid. The subtitle of the book is “One mayor’s challenge and a model for America’s future,” and the youthful-looking Buttigieg is on the cover rolling up his sleeves.

Buttigieg told CNN last year that despite is long odds, he felt like he had to give running for president a shot.

“A field that is spread very thin probably works to the advantage of a newcomer if you are very good at it,” he said with a smile. “The only way to find out is to be tested in the field.”