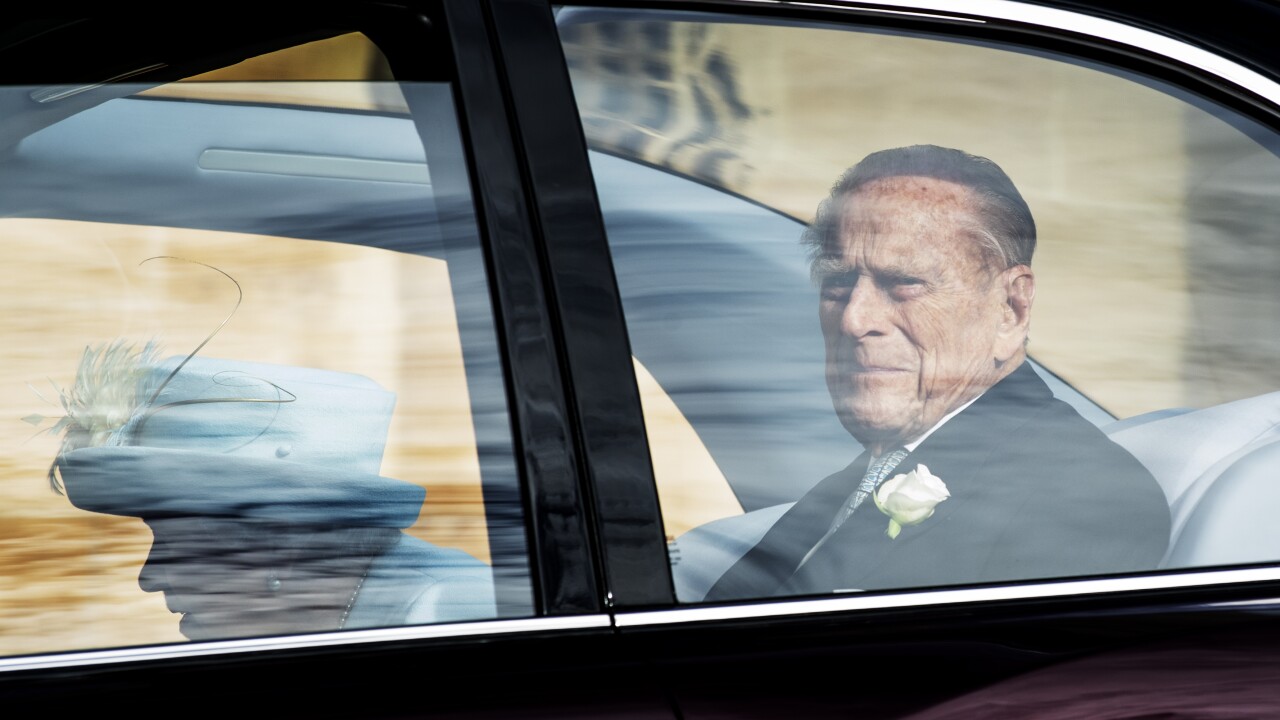 Britain’s Prince Philip has been spotted driving without a seat belt just 48 hours after his car crash in which the 97-year-old’s Land Rover flipped onto its side.

The Duke of Edinburgh was photographed driving a new Land Rover without the seat belt, which is required on a public road.

A Norfolk Constabulary spokeswoman said police were aware of the photos and that “suitable words of advice have been given to the driver.”

She added: “This is in line with our standard response when being made aware of, or receiving such images showing this type of offense.”

The husband of the Queen emerged uninjured after the crash on Thursday, according to a statement from local police.

Philip collided with another vehicle carrying two women, aged 28 and 45, as well as a nine-month-old baby boy.

Police said the 28-year-old suffered cuts to her knee while the 45-year-old was left with a broken wrist. The baby boy was unharmed.

Buckingham Palace said “well-wishes” were exchanged Friday with those injured in the other car. However Britain’s Mail on Sunday reported that the mother who broke her wrist has yet to receive an apology from Philip.

“I got a call from a police family liaison officer,” Emma Fiarweather told the paper. “The message he passed on didn’t even make sense. He said ‘The Queen and Prince Philip would like to be remembered to you’.”

Too old to drive?

The crash dominated tabloid coverage in the UK, with both the Daily Mail and the Sun leading their websites with it. The Daily Telegraph, a conservative broadsheet, also played the crash up high, with a headline emphasizing Philip’s “miracle escape.”

However, the incident has raised questions over whether the Prince — five months from his 98th birthday — should still be allowed to drive.

The United Kingdom requires drivers over 70 years old to renew their license every three years. A royal source said Thursday the prince has a license and follows all procedures required to keep it up to date. The source asked not to be named discussing the prince’s personal life.

Buckingham Palace has not yet responded to the latest photographs.

The Duke retired from public life in 2017 after 65 years of service. During that time he conducted more than 22,000 solo engagements and delivered nearly 5,500 speeches.

Since taking a step back, Philip has been seen in public at a handful of events with the Queen and other members of the royal family, including last year’s weddings of Prince Harry and Meghan Markle and Princess Eugenie and Jack Brooksbank.