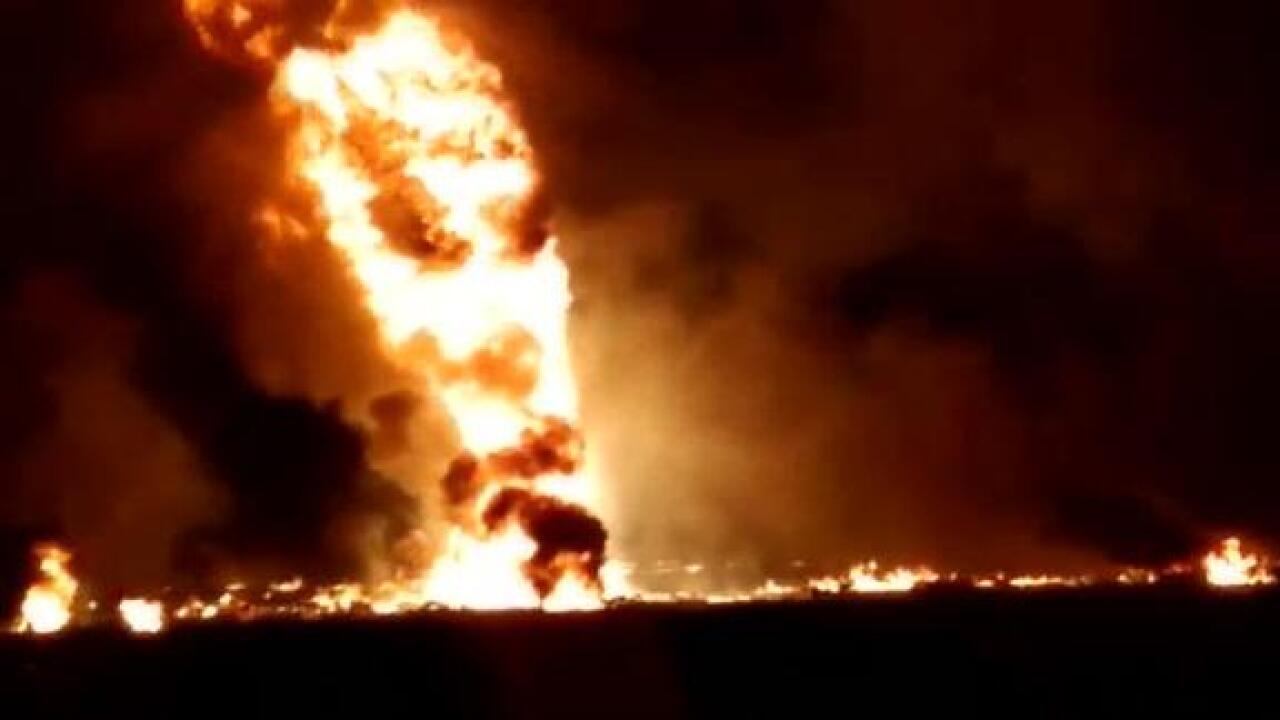 At least 91 people were killed in central Mexico after a ruptured gasoline pipeline exploded Friday evening, Omar Fayad, governor of the State of Hidalgo, said Tuesday.

The death toll has risen since Sunday, when officials said the explosion had killed 79 people and injured 66.

Fayad said some of the injured are minors who will receive treatment at Shriners Hospital for Children in Galveston, Texas.

Alejandro Gertz Manero, general prosecutor of Mexico, said Saturday night that the investigation has just started but that a “preliminary belief” is that static electricity from the clothing of people around the pipeline may have caused the blast.

He noted a large number of people were around the pipeline, some of whom were wearing clothes made with synthetic fibers that could “generate electric reactions.”

He said no arrests have been made and that witnesses will be interviewed Sunday.

The fire resulting from the pipeline explosion has been extinguished, Mexican Secretary of Public Security Alfonso Durazo said on Twitter, and rescue teams have begun to recover bodies.

Residents in the immediate vicinity of the pipeline, which runs from the cities of Tuxpan to Tula, have been evacuated, State oil company Pemex said.

Pemex said an investigation into the cause of the blast was underway. The company initially had said the explosion was caused by illegal taps in the pipeline. The governor of the State of Hidalgo, Omar Fayad, called on the community not to steal gasoline.

President Andrés Manuel López Obrador, who visited Tlahuelilpan and met with officials at a command center, said pipelines will be monitored to avoid fuel theft.

“To guarantee that there are no fuel shortages, it has been fundamental the participation of the armed forces, the military, marines and federal police,” he said. “If necessary, we will re-enforce the surveillance strategy. Another method will be the increase of fuel transportation capacity.”

He said his administration is working to acquire and buy fuel tanks to increase fuel by 25%.

The explosion comes as gas stations in several Mexican states and the country’s capital have been running dry for nearly two weeks.

The López Obrador administration closed key pipelines in an effort to crack down on fuel theft, which the Mexican leader said cost the country an estimated $3 billion last year.

Drivers in Mexico have grown desperate.

Family members take turns waiting in long lines for gas. Some comb social media for clues about which stations are open. Others have simply decided to leave their cars at home.

Pemex said a new gas distribution system will have long-term benefits that outweigh any short-term cost. Pemex said the explosion would not affect gasoline distribution in Mexico City.

Authorities have blamed fuel theft for previous explosions in Mexico. In 2010, a pipeline blew up in the state of Puebla, leaving 28 people dead and scores injured.