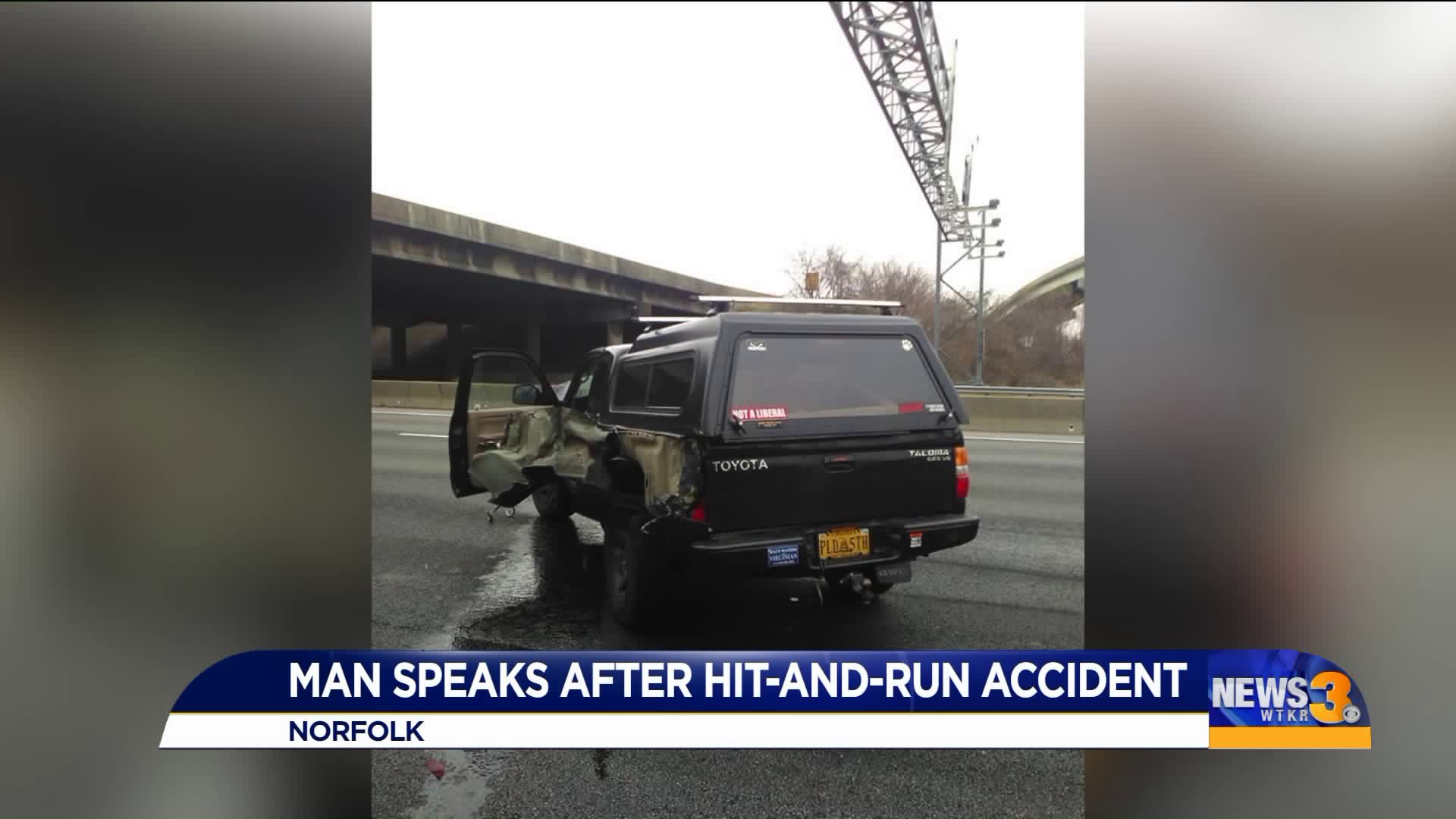 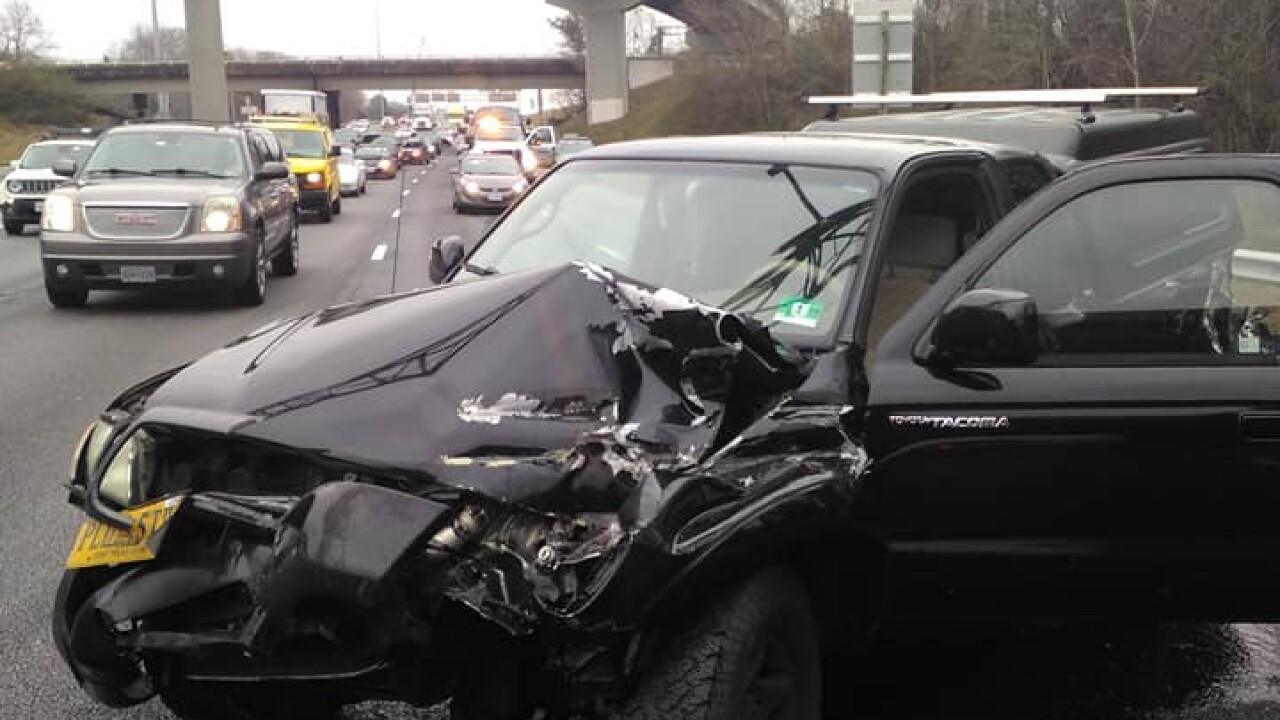 NORFOLK, Va. - A local man nearly lost his life after a hit-and-run on the interstate.

The Virginia State Police are looking for a driver of a white minivan with possible front end damage who caused the crash on 264 in Norfolk just before 9:30 a.m. on January 14.

The make and model is unknown.

Survivor Tucker Freeman III said his black Toyota was totaled after the incident.

"It happened like real fast -- a blink of an eye," Freeman said. "It was literally just driving normally and all of a sudden I just get smashed from the side."

Freeman said he was heading to work in Norfolk that day.

"I had just hopped on 264 at Independence Boulevard, so I was only on the interstate maybe two or three miles," he added.

The survivor mentioned the impact threw him under a tractor trailer, and he held on tight to the steering wheel. Then said he smashed on the brakes and got himself from under the tractor trailer, and suddenly was spinning out of control in the middle of the interstate.

Freeman said, "When I hopped out, I was very upset when I saw the minivan leave the scene of the accident. I was trying to flag down other motorists, trying to get somebody to chase the van to see if maybe they can get the license plate."

The driver of the tractor-trailer called 911. Fortunately no one was hurt, but both vehicles were damaged.

The crash backed up 264 for about an hour. Meanwhile Freeman said he is limited to just his motorcycle to get around.

"Until the hit-and-run investigation is completed by the Virginia State Police, unfortunately my insurance won't actually kick in," he mentioned.

The survivor told News 3 he's grateful the situation didn't turn deadly, yet hopes the driver who fled the scene is found.

He's telling all motorist to look twice and save a life.

"Get off the cellphone, check your mirrors, check your blind spots, use your blinker, just look twice and a lot of things can be avoided and if you do hit somebody just pull over," said Freeman.