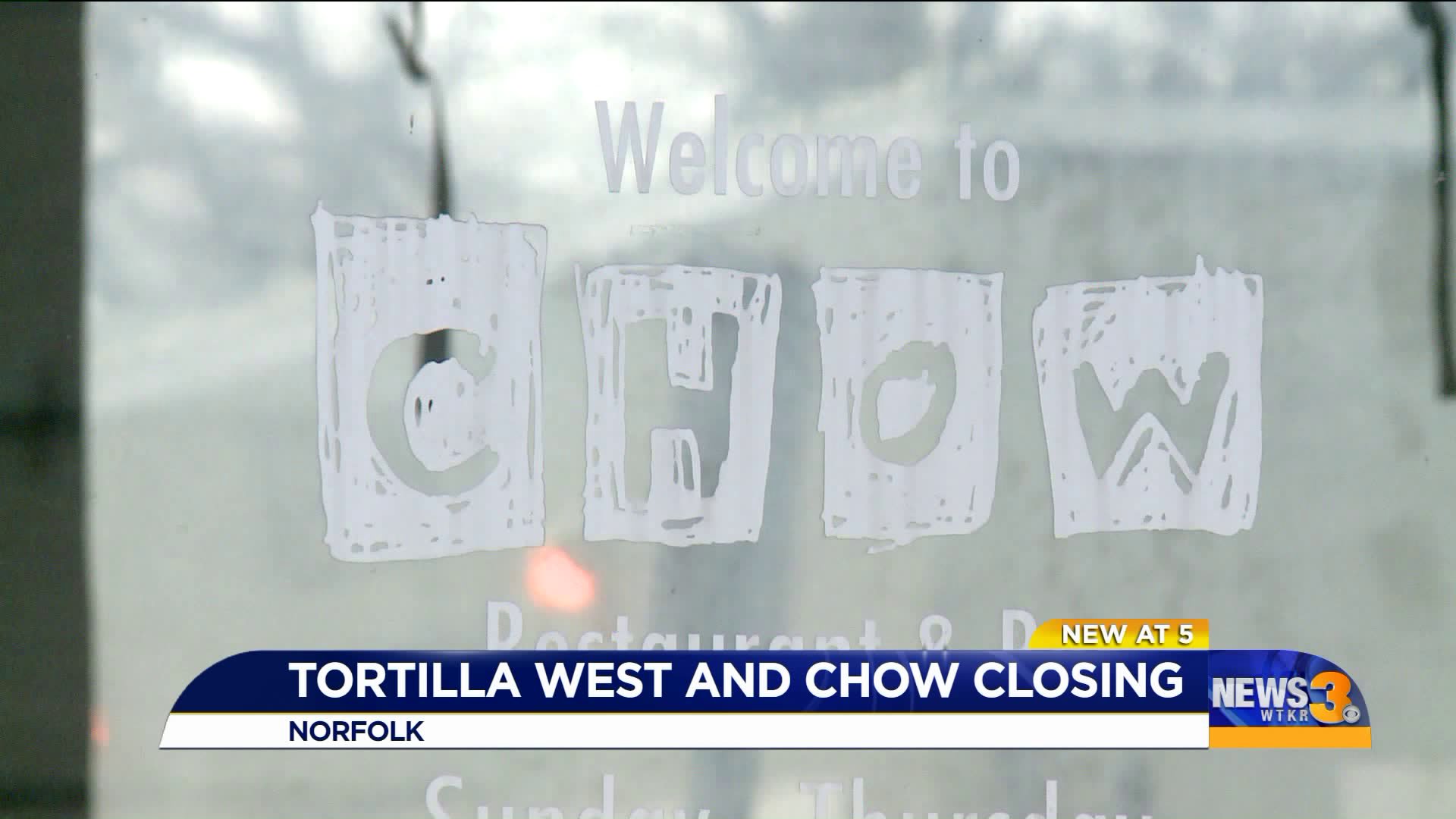 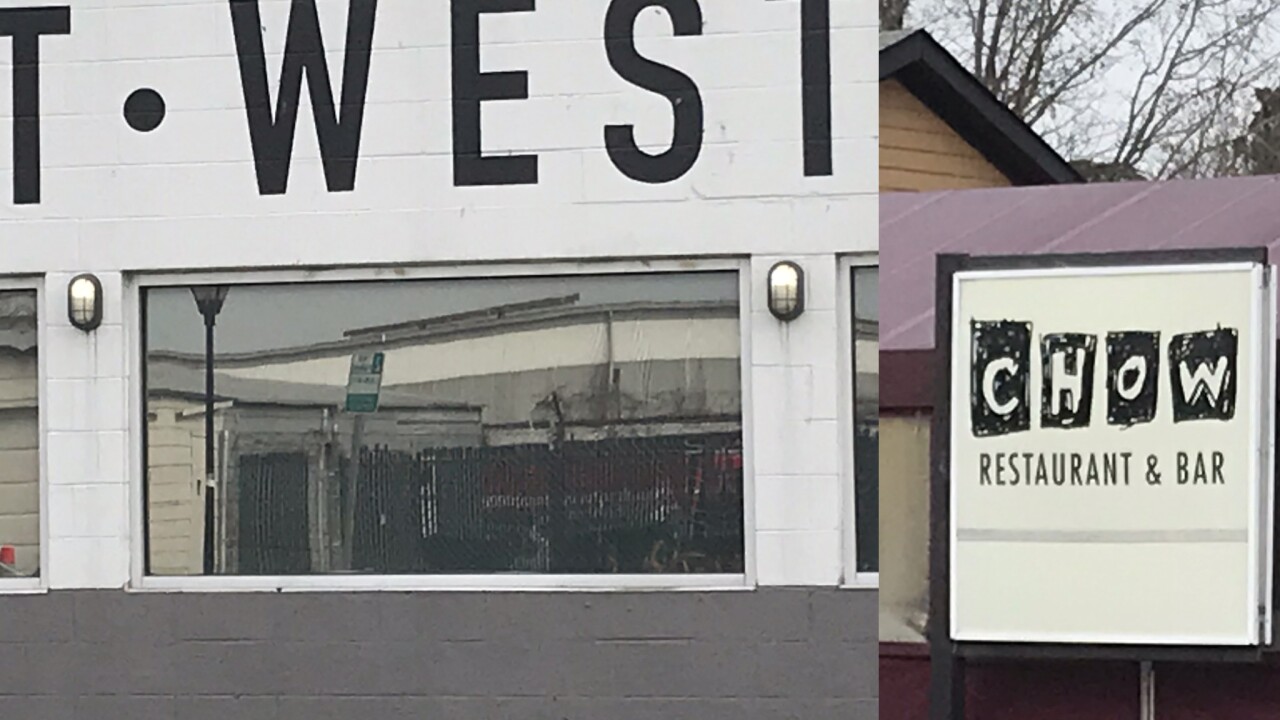 NORFOLK, Va. - Two staple restaurants in Norfolk announced via Facebook they will be closing their doors for good Saturday, January 19.

Chow on Colley Avenue and Tortilla West (T West) on Orapax Street will close Friday after business hours and not reopen. Chow has been in business for six years, and a Facebook post indicates Tortilla West has been around for more than a decade.

A manager tells News 3 employees will still be paid for two weeks following the closure, but they will need to find new jobs.

Other area restaurants have recently closed as well, and customers are expressing their disappointment. One woman told News 3 Norfolk used to be known for its "foodie" spots, but she thinks the economy is not in the best shape if so many businesses are going under.

News 3 spoke to several restaurant managers but has not received an official statement as to what led to the restaurants closing. Some staff said they do not know why the abrupt closing happened.

A News 3 investigation revealed one of the co-owners of A.W. Shucks filed a civil suit against Johnathan Boggs in October 2018. Boggs co-owns A.W. Shucks with Michael Davis. He also co-owns Tortilla West and Chow. The other owners of the restaurants declined making a statement.

In court documents, Davis claims Boggs stole more than $1 million dollars from A.W. Shucks and used money from that company for his personal "interests," including "occasions and expenditures that did not benefit the company." The documents also reveal Boggs is being accused of transferring funds from A.W. Shucks to Chow and Tortilla West.

According to court documents, Bogg's business dealings caused A.W Shucks to "incur debts, including interests and penalties on new and existing debt." It was also discovered that Boggs made another bank account that his business partners were unaware of and transferred funds into it. His complainants believed these came from the successful restaurant.

Boggs is scheduled to appear in court in March.