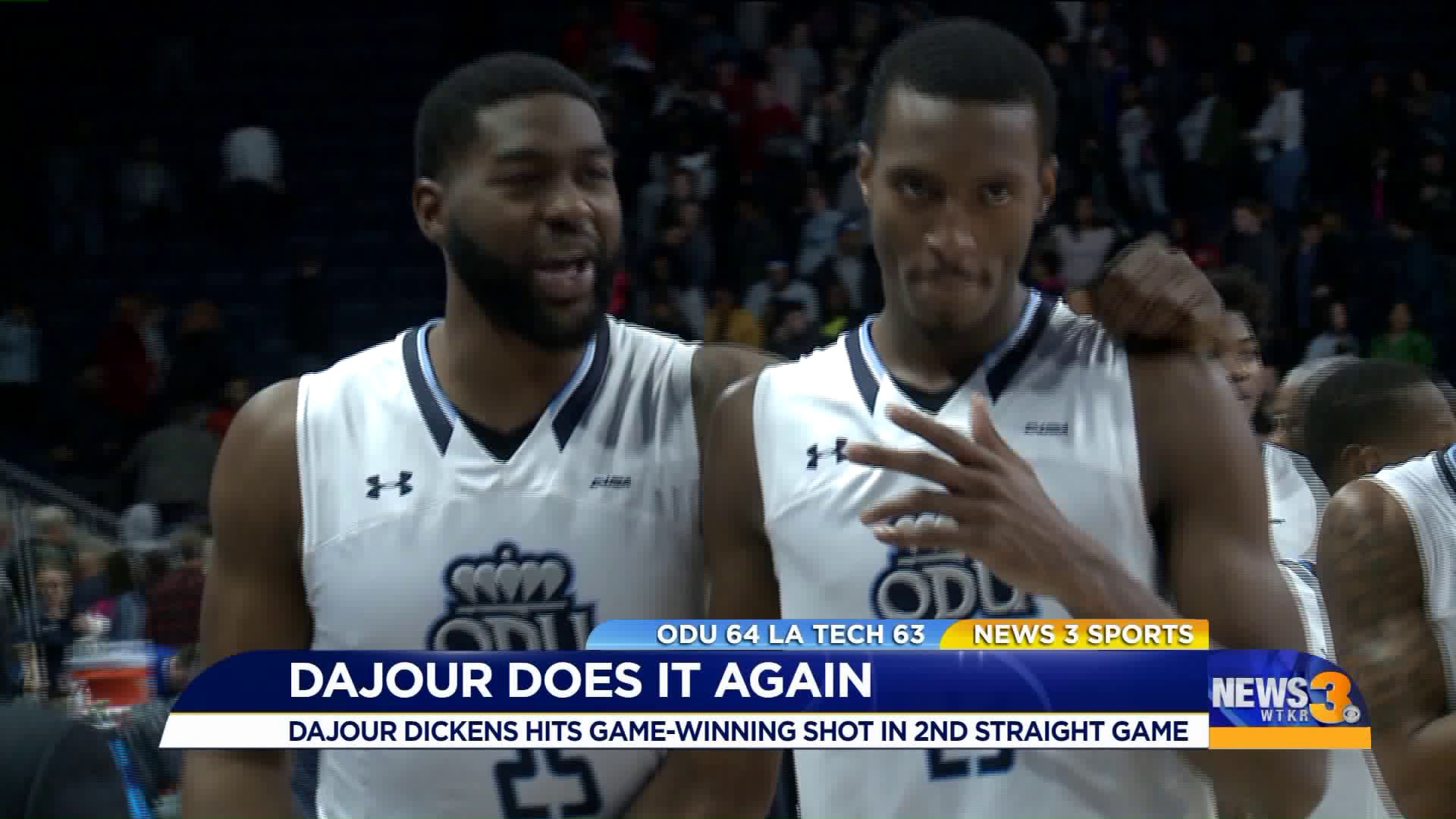 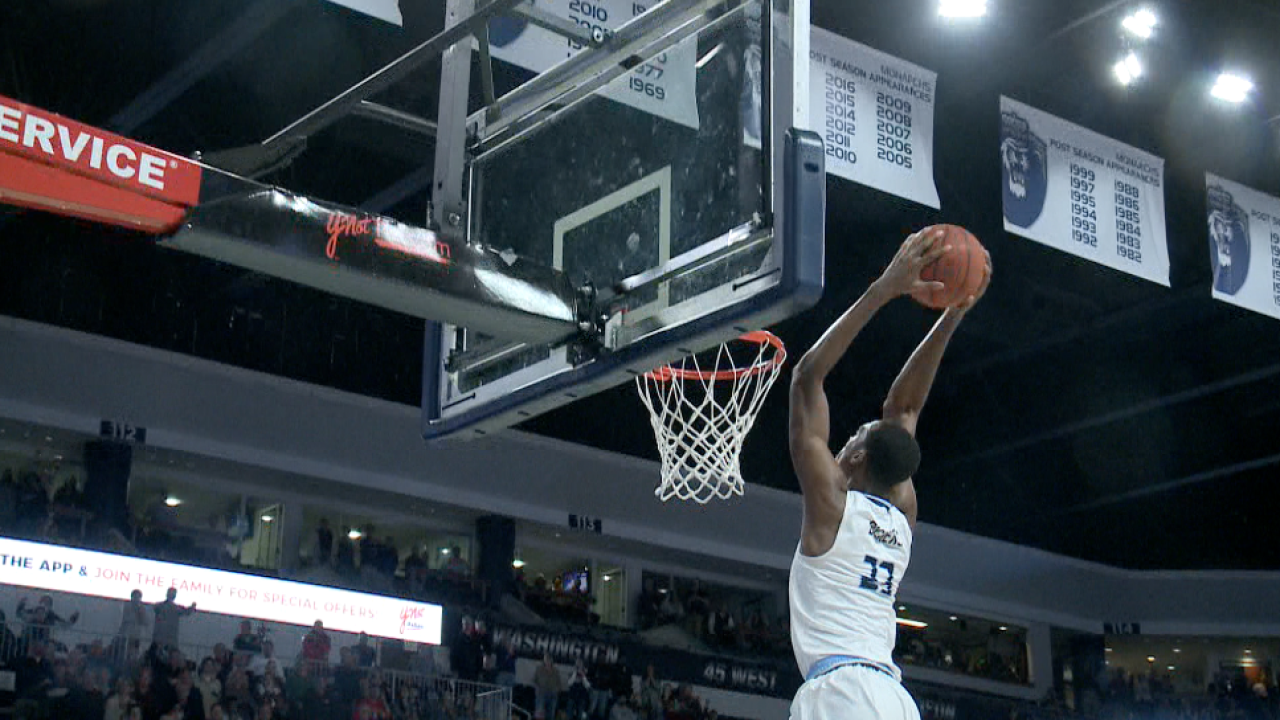 Thursday night marked the second consecutive contest that Dickens scored the game-winning basket. The Monarchs have now claimed victory in 11 of its 13 ballgames.

With 13:55 to play in the second half, Dickens threw down a dunk, giving ODU a 47-39 advantage. The Bulldogs responded with a 14-2 run to claim a 53-49 lead with 7:17 remaining in regulation. The Monarchs responded with an 11-4 run of their won, taking a 60-57 lead at the 3:22 mark. The teams would exchange the lead three more time in the next three minutes of action, before Ahmad Caver found Dickens for the game-winning flush with 18 seconds remaining. ODU’s defense sealed the deal with a stop at the end of the game.

“It is great anytime you can get a win,” said ODU head coach Jeff Jones. “We didn’t play close to our best, but we just hung in there. We have some young guys getting valuable experience. I would like for us to elevate our game and continue to get better.”

B.J. Stith goes up for a shot.

B.J. Stith (eight rebounds) led four Monarchs in double-figures with 16 points. Dickens ended with a career-high 14 points to go along with five rebounds and four blocked shots. Caver went for 13 points and four assists, while Xavier Green chipped in 12 points and four rebounds. ODU led for 32:37 of the possible four minutes. Old Dominion’s defense held the Bulldogs to 38.5% (20-52) shooting from the floor for the contest.

ODU claimed a 38-31 lead at halftime, as Stith and Green both scored 10 points each, respectively. The Monarchs held LA Tech to 35.0% (7-20) shooting from the floor in the opening 20 minutes. Old Dominion’s bench outscored the Bulldogs 13-4 in the first half.

Old Dominion will return to the hardwood on Saturday, Jan. 19, when the Monarchs welcome Southern Miss to the Ted Constant Convocation Center for a 4:00 p.m. tip. Saturday afternoon’s game will air on ESPN+.