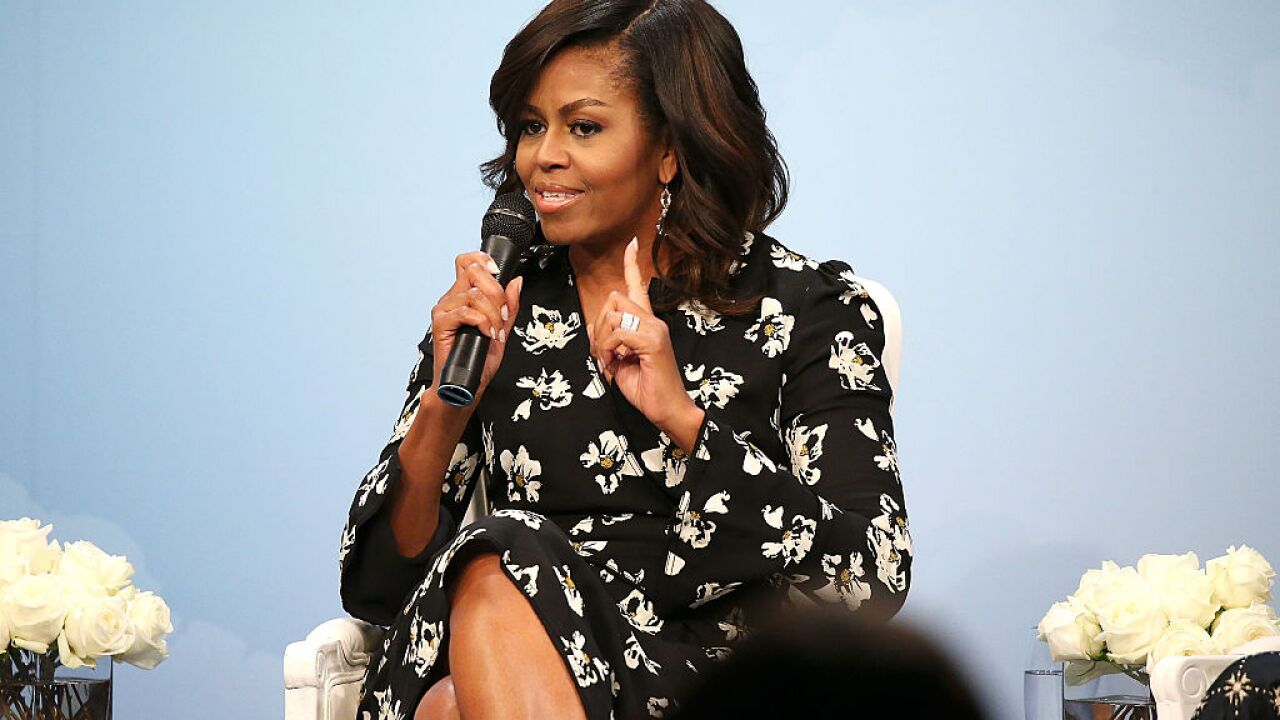 WASHINGTON, DC – OCTOBER 11: First Lady of the United States Michelle Obama speaks during a panel discussion at Glamour Hosts “A Brighter Future: A Global Conversation on Girls’ Education” with First Lady Michelle Obama at The Newseum on October 11, 2016 in Washington, DC. (Photo by Paul Morigi/Getty Images for Glamour)

“Becoming” by Michelle Obama is not just one of the best-selling books of the past year — it is one of the hottest titles of the decade.

WASHINGTON, DC – OCTOBER 11: First Lady of the United States Michelle Obama speaks during a panel discussion at Glamour Hosts “A Brighter Future: A Global Conversation on Girls’ Education” with First Lady Michelle Obama at The Newseum on October 11, 2016 in Washington, DC. (Photo by Paul Morigi/Getty Images for Glamour)

The inspirational memoir by the former first lady has been on sale for more than two months, yet it is still No. 1 on Amazon’s constantly updated list of best-selling books.

Amazon said “Becoming” enjoyed the longest streak at No. 1 for any book since “Fifty Shades of Grey” came out in 2012.

No political tome or public figure’s memoir has ranked No. 1 for as long as “Becoming,” according to data the company provided to CNN Business.

It hit No. 1 on Amazon the Friday before the publication date and stayed there for nearly nine weeks.

According to Amazon, it was No. 1 “most sold on Amazon across all formats for 47 consecutive days,” which is the longest streak since “Fifty Shades.”

Another book briefly took the top spot on day 47, Amazon said, but “Becoming” returned to No. 1 and has stayed there practically ever since. Spot checks of the website this month have showed Obama holding steady at the top of the list, with Marie Kondō and Rachel Hollis following close behind.

Obama eclipsed all of 2018’s Trump-related titles within a few weeks of being released. Pro-Trump books like “The Russia Hoax” and takedowns like “Fire and Fury” have performed remarkably well for publishers, but “Becoming” has had more staying power.

Since 1995, when Amazon started keeping track of sales this way, only seven other titles had longer streaks at No. 1.

The publishing house behind the book, Penguin Random House, declined to provide updated sales totals. But in its first week on sale, “Becoming” sold more than 1.4 million copies, the company said back in November.

The publisher kept printing more copies to keep up with demand, but the book was still out of stock at some retailers at Christmas.

What’s remarkable is that the book continues to sell so well, despite the early rush of demand.

On a weekly basis, “Becoming” has “consistently held the No. 1 spot on its weekly Most Sold and Most Read nonfiction lists since the book was released in November,” Amazon said this week.

The book has also ranked No. 1 on the New York Times’ nonfiction best seller list for eight consecutive weeks.

Penguin Random House also has a deal to publish Barack Obama’s post-presidential memoir. That book does not yet have a publication date.

The company paid an enormous sum — a reported $65 million — to acquire both books.