R. Kelly accused of threatening one of his alleged victims 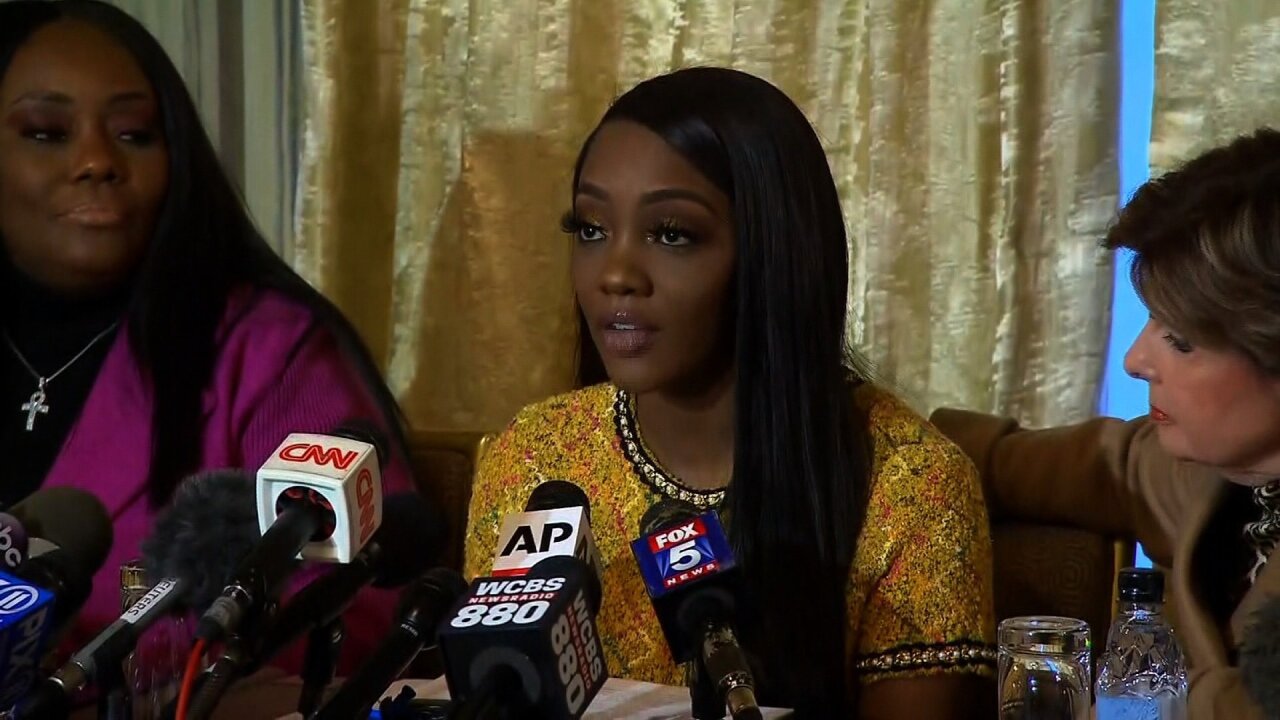 Faith Rodgers, 21, appeared in the ‘Survivng R. Kelly’ series. Her attorney, Gloria Allred, said at a press conference Monday that Kelly posted private photos of Rodgers online and threatened in a letter to smear her reputation.

One of R. Kelly’s alleged victims says he is trying to retaliate against her for speaking out in the Lifetime docuseries “Surviving R. Kelly.”

Faith Rodgers, 21, appeared in the series. Her attorney, Gloria Allred, said at a press conference Monday that Kelly posted private photos of Rodgers online and threatened in a letter to smear her reputation.

Rodgers filed a civil suit against Kelly last year, claiming he unlawfully gave her alcohol, assaulted her and gave her a sexually transmitted disease.

“If she persists in court action she will be subjected to public opinion during the discovery process,” Kelly purportedly wrote in response to the allegations, according to a letter shared by Allred. “For example, my law team is prepared to request the production of the medical test results proving the origin of her STD claim.”

Faith Rodgers, 21, appeared in the ‘Survivng R. Kelly’ series. Her attorney, Gloria Allred, said at a press conference Monday that Kelly posted private photos of Rodgers online and threatened in a letter to smear her reputation.

The letter continues, “If Ms. Rodgers really cares about her own reputation she should cease her participation and association with the organizers of this negative campaign.”

In an email to CNN, Kelly’s attorney, Steve Greenberg, denied the letter was Kelly’s.

“It obviously was not authored or signed by Mr. Kelly, nor sent on his behalf. He doesn’t write letters,” Greenberg said.

CNN obtained a copy of the letter which appears to be signed by Robert Sylvester Kelly, the legal name of R. Kelly and sent to the law offices of Lydia C. Hills Agu, the attorney who filed Rodgers’ lawsuit.

“I trusted him and he betrayed my trust,” Rodgers said Monday. “Once I recognized my worth, I knew I had to walk away. No woman should be victim-shamed, harassed or retaliated against because she…has spoken her truth.”

Rodgers said she was 19 when she first met the singer in 2017 after Kelly performed in San Antonio, Texas, according to the suit obtained by CNN.

She said she was in a year-long relationship with Kelly, formed “under the auspices of helping her develop a career in entertainment.”

Kelly, then 50, allegedly supplied Rodgers with alcohol during their first meeting. According to the suit, Kelly stayed in contact with Rodgers after he left Texas, saying he wanted them “to develop a long term romantic relationship.”

Weeks later, Kelly arranged for Rodgers to travel to New York for one of his concerts and put her up in a hotel. Rodgers claims the singer came to her room after his show, disregarded her statements that she was “not ready to have sex,” and raped her.

As a result, Rodgers says she contracted herpes from the singer.

Rodgers was scheduled to meet with New York Police about her claims, Allred said.

Gerald Griggs, an attorney for the family of Joycelyn Savage, another woman featured in “Surviving R. Kelly,” said last week that the Fulton County District Attorney’s office in Georgia is conducting an investigation into Kelly.

That same day, a Chicago prosecutor said her office has been in touch with two families related to allegations against Kelly.

“Mr. Kelly, you may soon join the ranks of Bill Cosby and Harvey Weinstein,” Allred said Monday. “Just as they have been and are being held accountable for their actions, you also must be accountable.”

Rodgers’ mother, who was at Monday’s press event, said she and her husband have received threatening phone calls and texts since their daughter filed suit.

“R. Kelly’s predatory behavior has destroyed the lives and the innocence of many women for the past few decades,” the elder Rodgers said. “We encourage those who are still afraid to speak out to come forward. You are not alone and your voice matters.”

Also at the press conference was Michelle Kramer, the mother of Dominique Gardner who is another alleged victim of Kelly’s.

Kramer had a message for the singer.

“If you attempt to bully or retaliate against our daughters for speaking their truth, we will take appropriate action against you,” Kramer said. “Our daughters are not alone in this battle.”

Faith Rodgers was asked what she wanted to say to Kelly if he were watching the press conference.