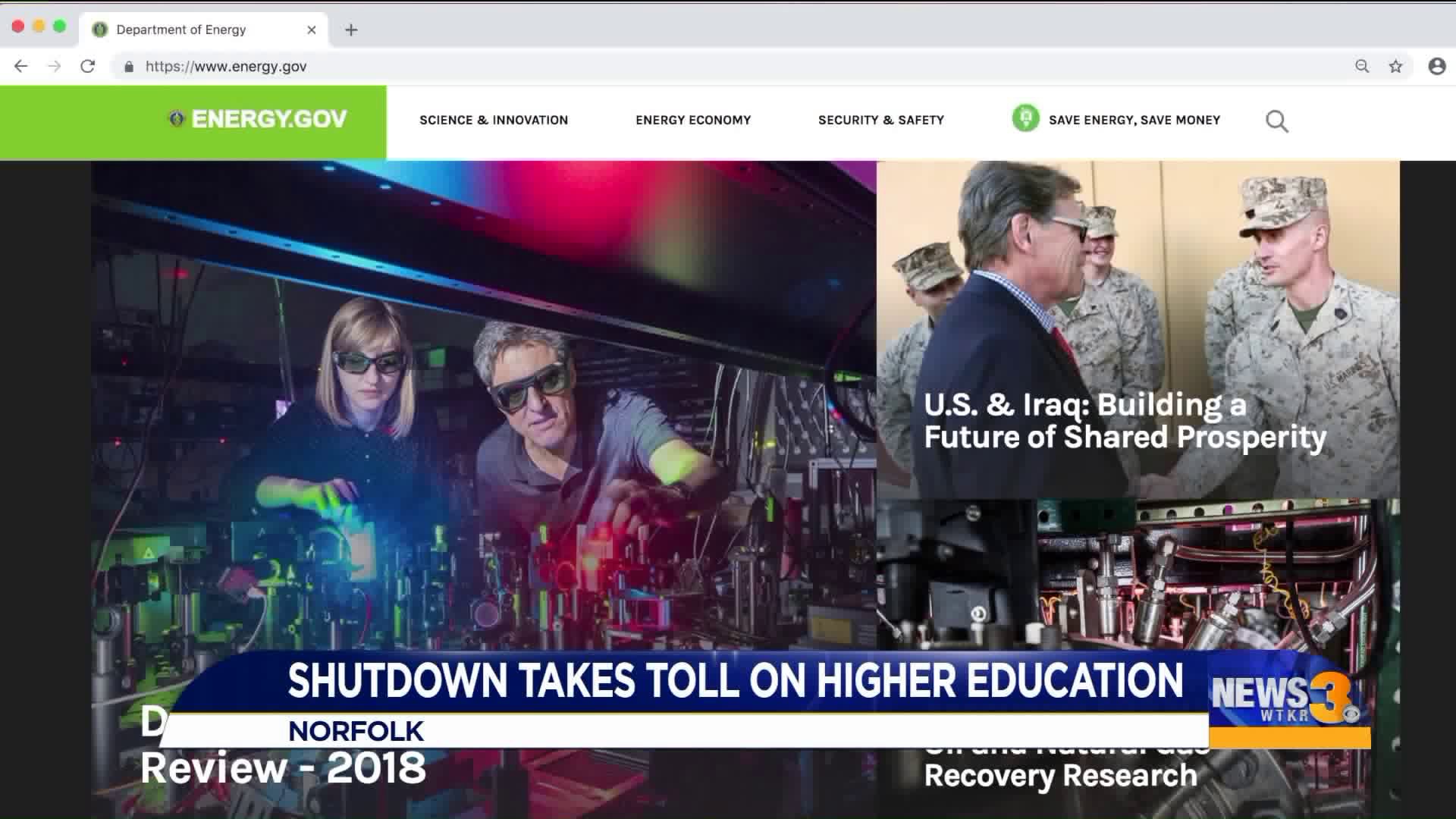 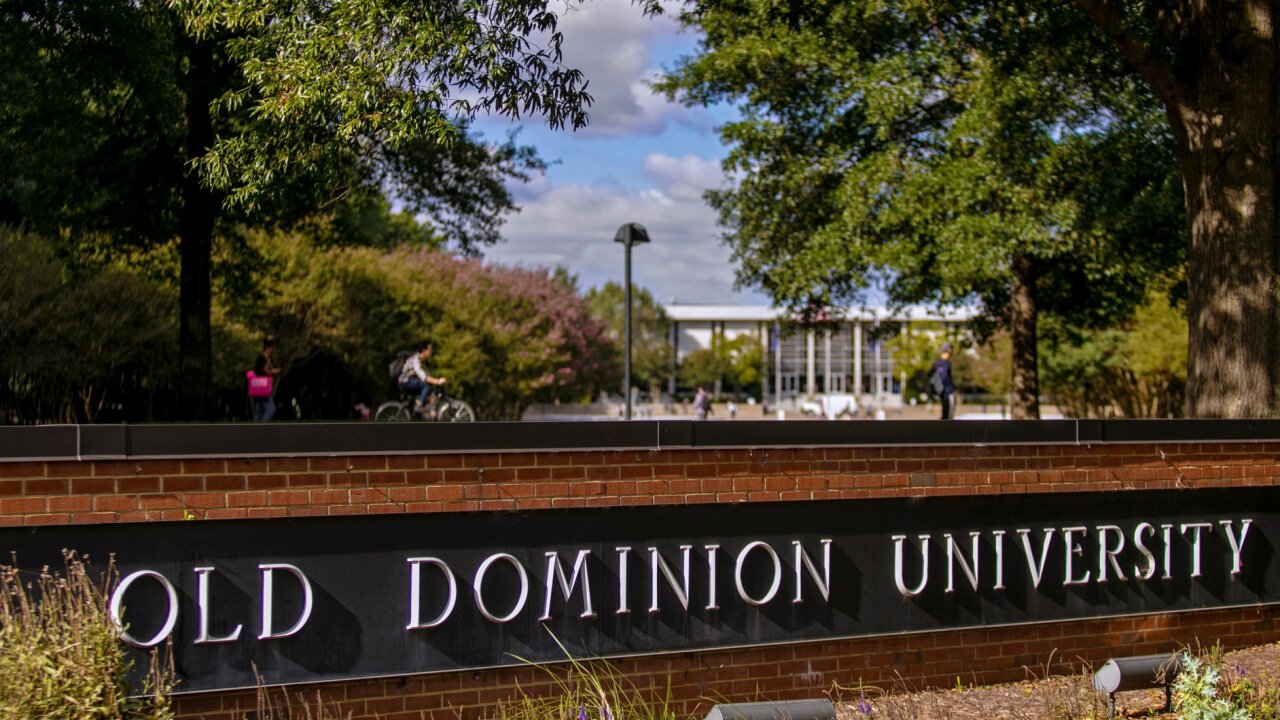 Since the government closed its doors in December, federal research grants haven't been awarded by the National Science Foundation, the National Oceanic and Atmospheric Administration and NASA.

So researchers at local universities, like Old Dominion University, have not been able to continue their work.

"[If we're researching] something like flooding, we had access through NOAA and through NASA to some real time data that is no longer coming our way," Vice President for Research at Old Dominion University Morris Foster said.

Researchers also can't work with their federal partners right now or go to conferences because they've been cancelled. Foster said that's something that will be a big blow to future projects.

"It means knowledge that would have been shared at those conferences just won't be shared in that way. Again, it just slows the whole research enterprise down," Foster said.

Grant proposals aren't being looked at right now either. At ODU alone, it's estimated that about 200 proposals for upcoming semesters are just sitting in limbo.

Applications for potential graduate assistants are also piling up. The university doesn't want to hire people until departments are guaranteed funding for next year.

Related: How to pay your bills during the government shutdown

For now, ODU is using a reserve fund to keep research projects afloat. This federal fiscal year, the university was given about $7 million in grant funding.

Officials said that should get them through the shutdown, but the knowledge lost in the process will put them way behind.

There are agencies that have appropriate budgets, meaning some researchers haven't been affected. That includes any projects funded by the National Institute of Health, the Department of Defense and the Department of Energy.