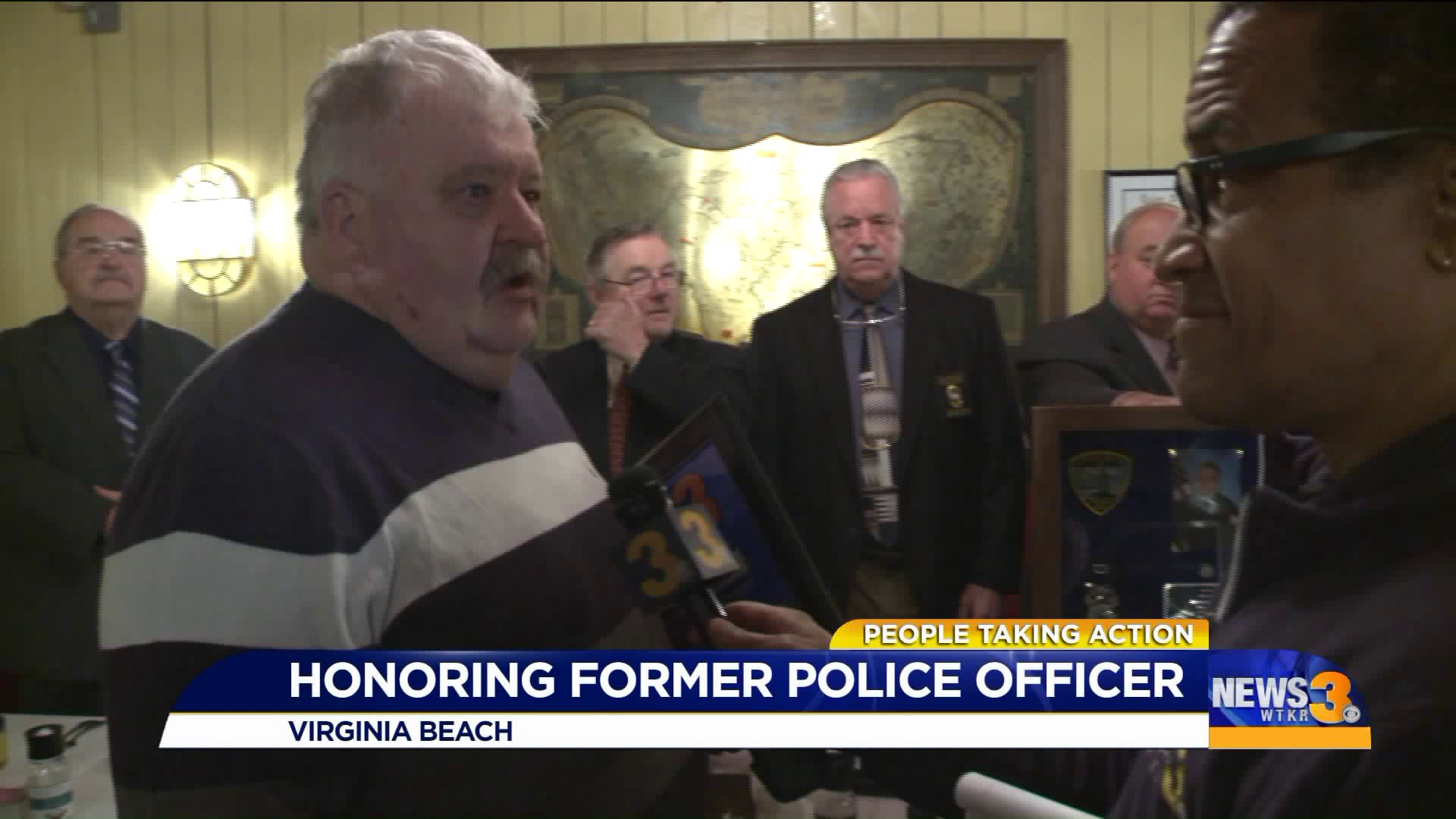 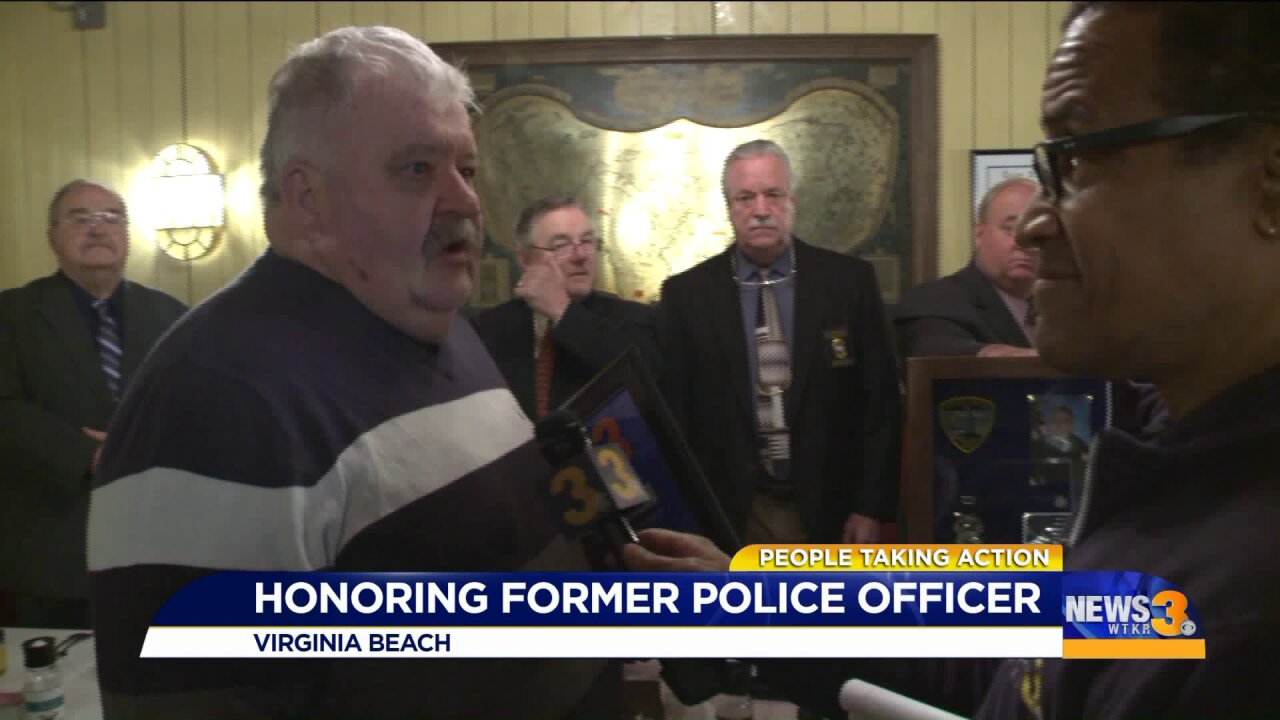 VIRGINIA BEACH, Va. - A special surprise inside the Aberdeen Barn restaurant in Virginia Beach: It's a regularly scheduled meeting of the Police Association of Virginia, but News 3 had some unscheduled business.

The folks running the meeting gave News 3 the green light to briefly interrupt. It was all due to an email that Virginia Beach Police officer Marie Carr sent to our newsroom. She read a portion of it at the start of the meeting.

"I would like to recognize John Batakis for his community service to the Virginia Beach Police Department," Marie read.

Marie's email touched on John's impact while working out on the streets.

"John dedicated his time with our DUI unit, our Motor Carrier Unit, mentored young officers, assisted many citizens, solved many crimes and caught many criminals," she read.

For those reasons, News 3 presented John with a News 3 People Taking Action award, along with a $300 Visa gift card from our community partner, Southern Bank. John stressed he just loves to give back.

Howard Carr, Vice President of the Virginia Beach Police Foundation, says John made a difference during his decades of volunteer work.

"John is a success and will always be a success because he not only uses his brain, he uses his heart; he cares about people, and that's what you have to do in this job," Howard said.

John went through all the training paid cops go through.

"I was out there all the time with the regulars. I was the same thing as a regular; the only thing I wasn't getting was a paycheck," he said.

His wife, Debbie Batakis, was also on hand to witness her husband's recognition.

"This truly meant the world to him. He gave so much of his time and it's something he loves to do. But this is just amazing for him - it truly is," Debbie told us.

John continues volunteer work with underprivileged kids through special programs with the Fraternal Order of Police.