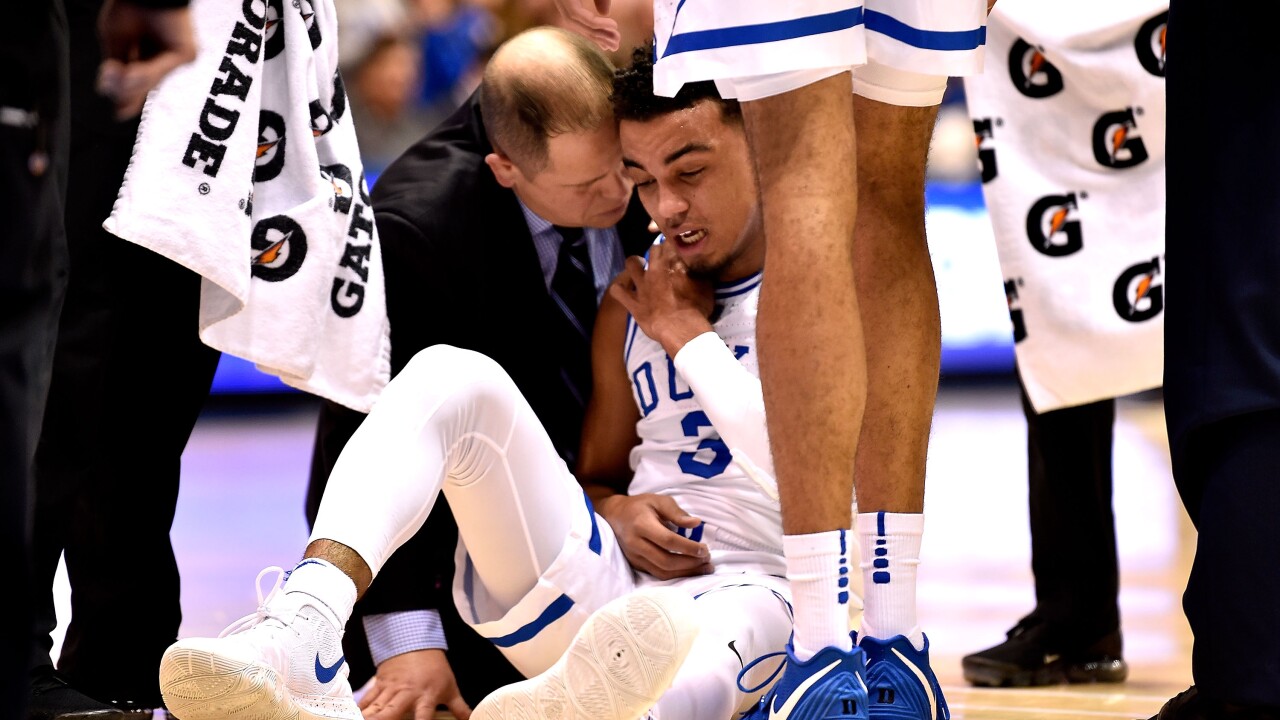 A trainer tends to Tre Jones of the Duke Blue Devils. (Photo by Grant Halverson/Getty Images)

According to ESPN Stats & Info, it’s the first time a No. 1 Duke team has ever lost at home to an unranked opponent. The Blue Devils had been 90-and-0 entering Monday.

Duke was led by Zion Williamson’s career-high 35 points, the most by a Duke freshman in a single-game.

A trainer tends to Tre Jones of the Duke Blue Devils. (Photo by Grant Halverson/Getty Images)

However, one of the Blue Devils’ other fabulous freshman, Tre Jones, was injured after playing just six minutes in the game. According to the team, Jones suffered an AC joint separation and will be sidelined indefinitely. Jones has started every game this season and leads the team in assists (91), while ranking fourth on the team in points/per game (8.1).