Toll on I-64 Express Lane in Norfolk temporarily reaches $15 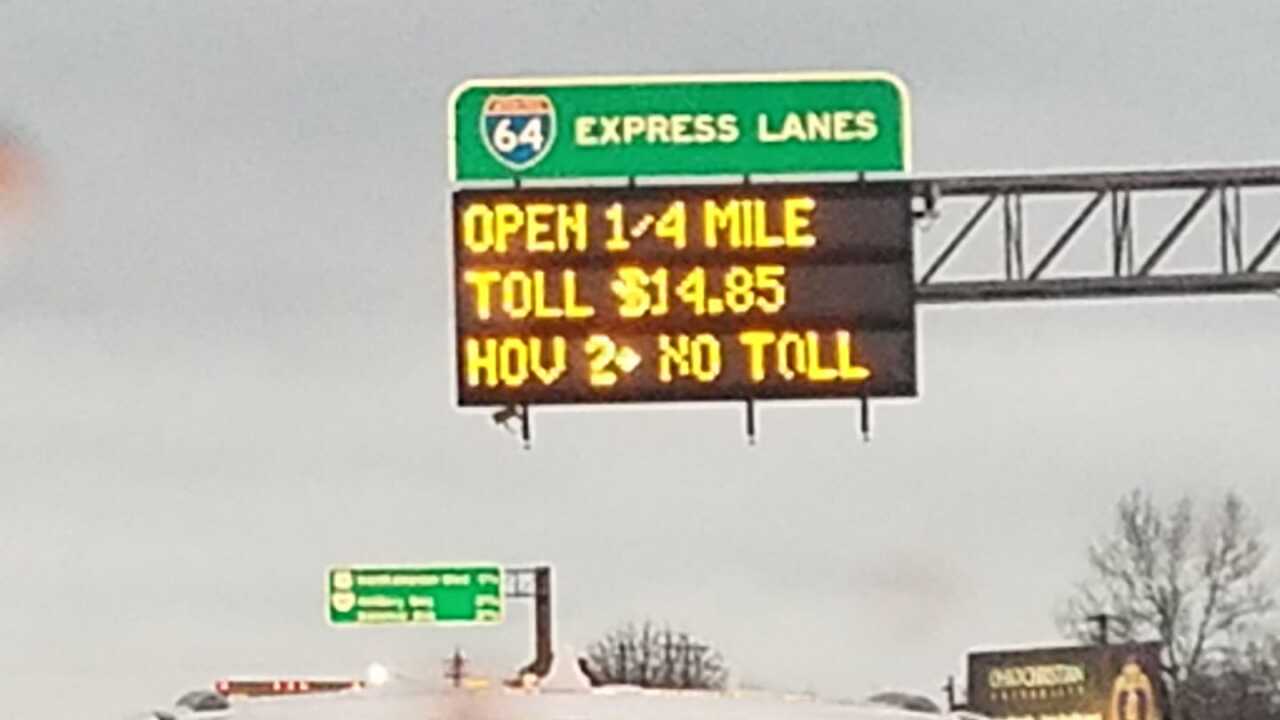 NORFOLK, Va. – A price hike in the Express Lane cost some drivers in Hampton Roads a lot more Monday.

VDOT has confirmed the toll reached $14.85 on I-64’s Express Lane Monday morning. A picture taken by a News 3 viewer was taken just after 7 a.m.

This is the highest the Express Lane toll has gotten since it started in January 2018.

VDOT says the temporary price hike was due to a lot of congestion on the roads Monday morning. The toll dropped once the congestion dropped.

We asked our Instagram followers if they would pay the toll just to get around traffic.

Have you seen toll prices like this in #hamptonroads? Would you pay to get around traffic? This was taken by a News 3 viewer around 7a Monday morning. #traffic #road #travel #toll #HRVA

“Highway robbery. Pun intended,” commented one person. Another described it as “price gouging.”

On the other hand, one person said they would in fact pay to get around traffic, with another viewer mentioning that the toll on the Chesapeake Bay Bridge-Tunnel is just about the same.

The toll on the Express Lanes is optional for single drivers. If you have two or more people in your vehicle, you don’t have to pay or you can stay in the normal lanes for free.