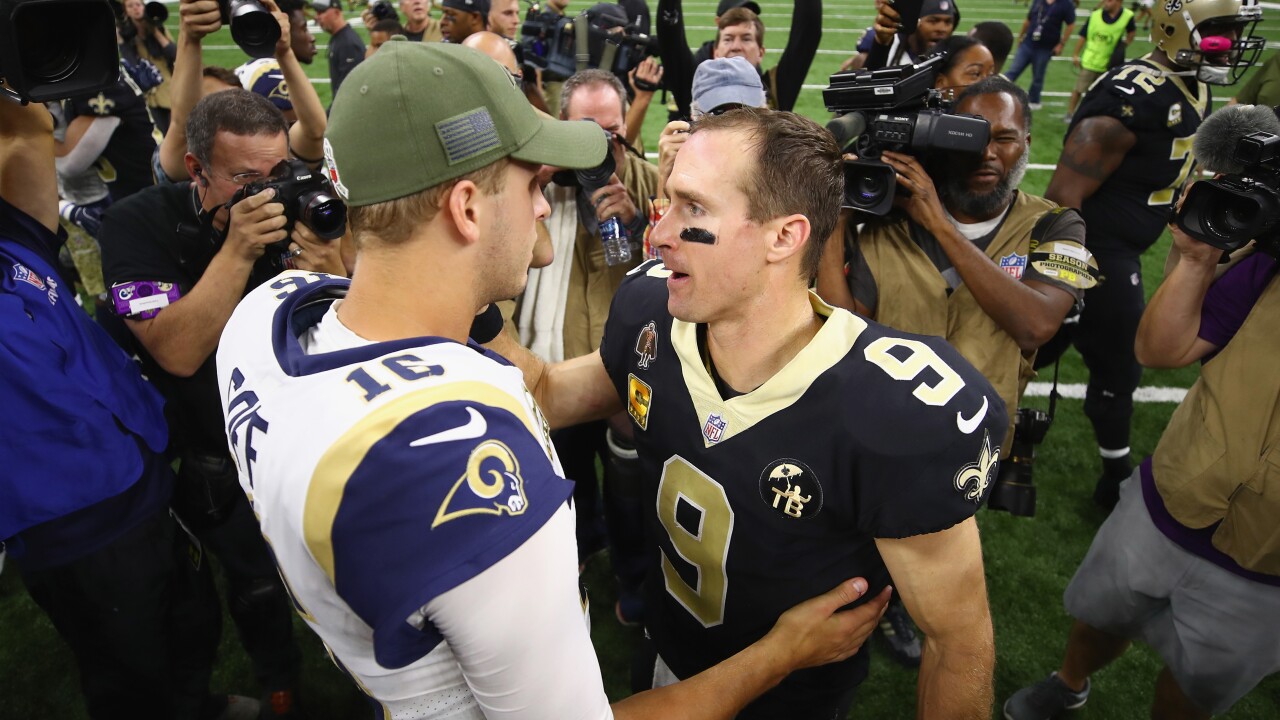 NEW ORLEANS, La. – If you like points, you won’t want to miss the 2018 NFC Championship game.

For the third time this season, the Los Angeles Rams are headed to the Big Easy to face off against the New Orleans Saints. The Rams topped the Cowboys on Saturday with a 30-22 win, while the Saints overcame a 14-0 deficit to beat the Eagles 20-14.

Kickoff for the conference title game is set for Sunday at 3:05 p.m.

The Rams played the Saints in the preseason, as well as a battle of unbeatens in Week Nine. New Orleans won that contest 45-35.

Rams second-year head coach Sean McVay has led the franchise back to the conference title game for the first time since 2001, which resulted in a Super Bowl loss.

New Orleans hasn’t been to the NFC Championship since the 2009 season, when they won the Super Bowl XLIV.

News 3 is your home for Super Bowl LIII in Atlanta.