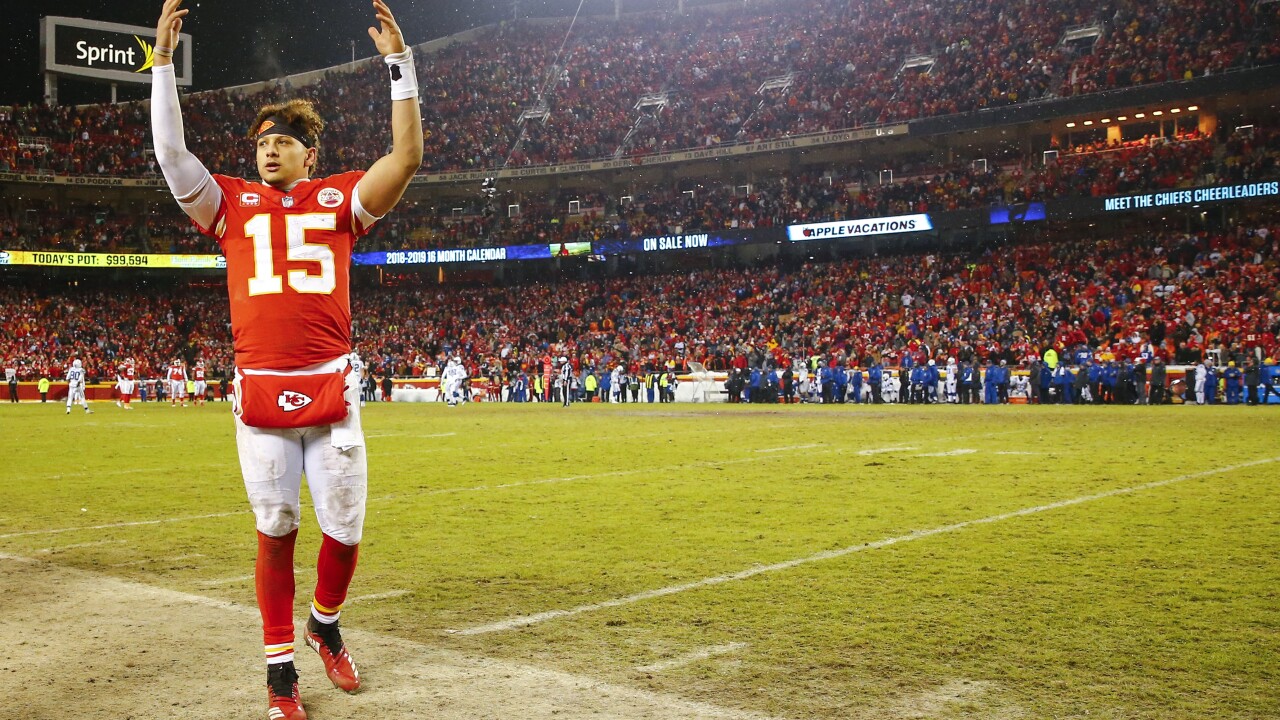 KANSAS CITY, Mo. – The stage for the 2018 AFC Championship is set. The Kansas City Chiefs will host the New England Patriots at Arrowhead Stadium on January 20th.

This will be a rematch of a high-scoring October 14th showdown when the Patriots beat the Chiefs 43-40 in Foxborough.

The Patriots are making their NFL-record eighth straight conference title game appearance after beating the Los Angeles Chargers 41-28 in the Divisional Round. Quarterback Tom Brady will be making his 13th conference championship appearance in 17 seasons.

Meanwhile, Kansas City hasn’t reached this stage since 1993, and will be host the game for the first time in franchise history. The Chiefs beat the Indianapolis Colts 31-13 on Saturday to punch their ticket. First-year starting quarterback Patrick Mahomes threw for 50 regular season touchdowns.

This game will feature two of the league’s highest scoring offenses, with the Chiefs holding the top spot, averaging 35 points per game, and the Patriots at fourth, with 27 points per game.

History has boded well for the home team in AFC Championship games, as the home team has won 11 of the last 12 games. The 2012 Baltimore Ravens were the lone team to buck that trend.

News 3 is your home for Super Bowl LIlI.