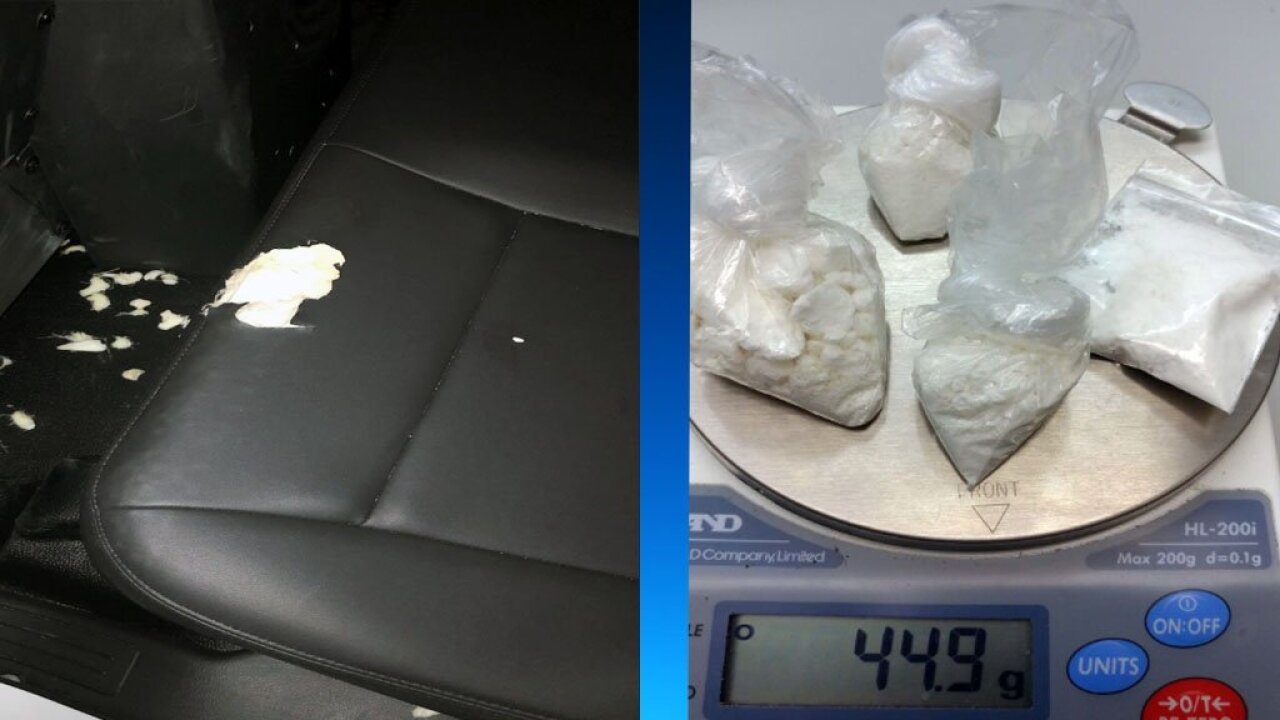 Pictured are the chewed up back seat of a patrol car and cocaine found on suspect Melvin Stubbs.

Pictured are the chewed up back seat of a patrol car and cocaine found on suspect Melvin Stubbs.

HOMESTEAD, Fla. (WFOR) — A Florida man was arrested Thursday night after more than 40 grams of cocaine were found in his possession during a traffic stop near in the Florida Keys, but not before he decided to eat part of the arresting officer’s patrol car seat.

According to the Monroe County Sheriff’s Office, Melvin Stubbs, 37 of Homestead, was charged with cocaine trafficking and resisting arrest. He was also charged with property damage for chewing up and/or eating a Sheriff’s Office patrol car seat after he was taken into custody along Mile Marker 59.

Stubbs was stopped by police for driving with very dark, illegal window tinting. It was then discovered he had a warrant out for his arrest for violating probation stemming from cocaine sales.

Stubbs tried to run away but was caught and Tasered by one of the officers. Police say they found four baggies of cocaine inside his jacket pocket with a total weight of 41.1 grams.

After placing him in the back seat of a patrol car, Stubbs chewed off and/or ate a large piece of the seat, causing at least $1,000 in damage, according to police.

Officers said he was so combative, they had to put his feet in restraints and took him to Fishermen’s Hospital in Marathon.

He was medically cleared and then taken to jail.