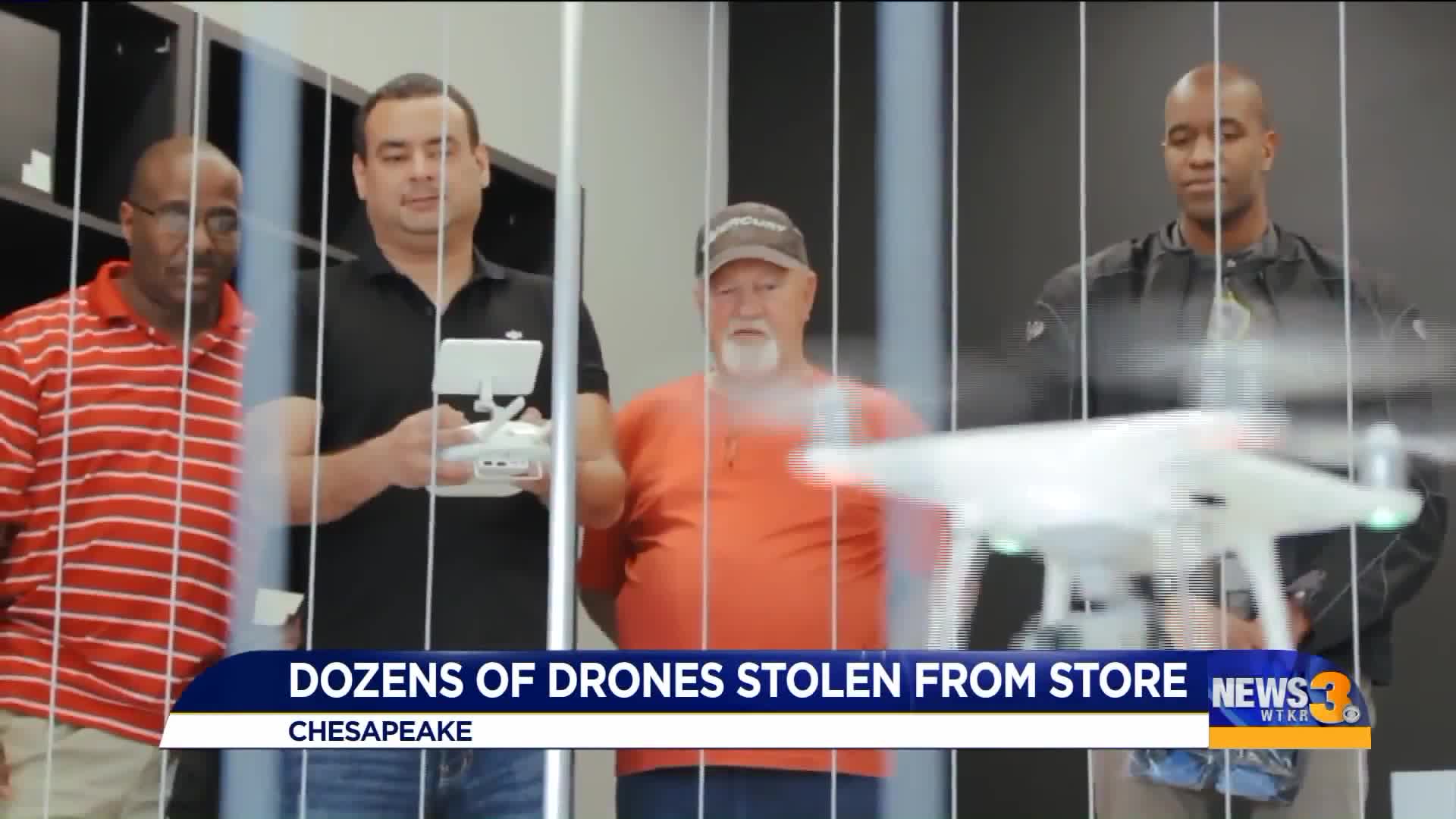 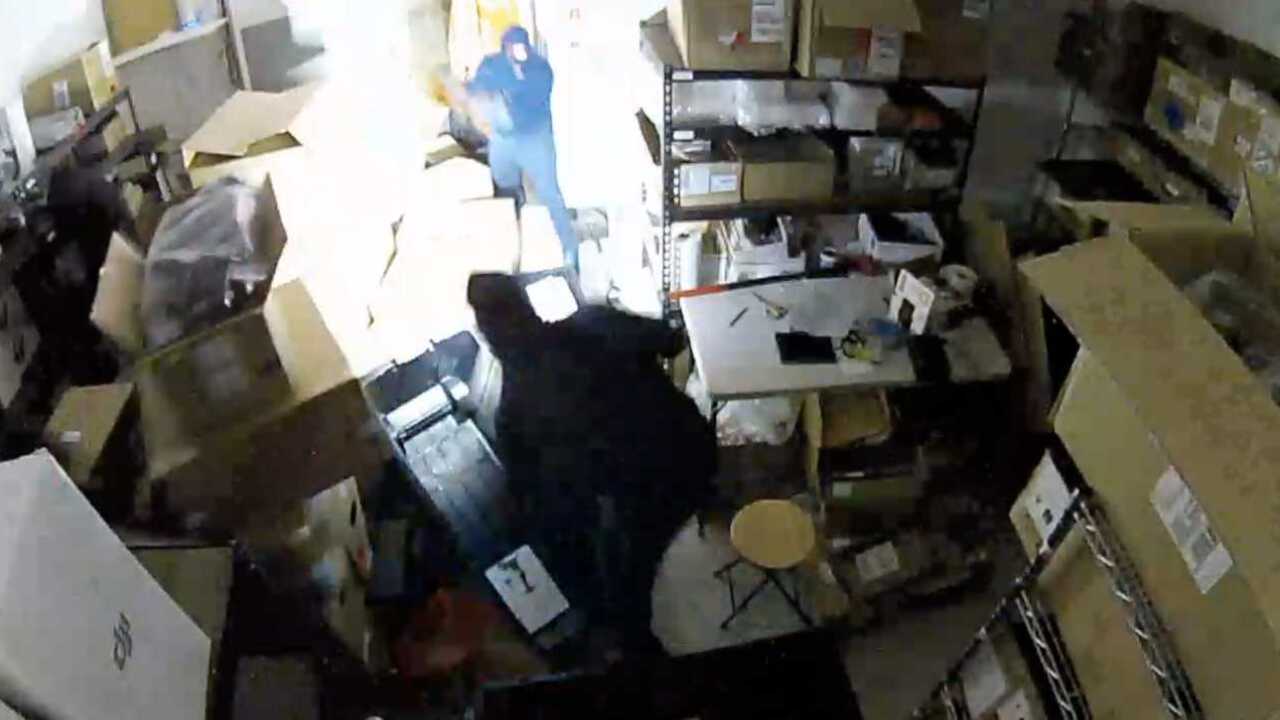 CHESAPEAKE, Va. - News 3 obtained surveillance video of what appears to be four burglars inside DJI Store Virginia in October.

Police said they used axes to smash through the front door and stole more than $6,000 worth of drones.

The store used to be inside the Parkview Shopping Center, but they decided to close their doors.

Still from the surveillance video of the DJI Store theft

Owner of DJI Store Virginia, Paul Leo, said the store has been hit twice in one month.

Leo mentioned burglars also broke through the front glass door with axes during the first burglary. Leo said a lot of inventory was taken both times.

DJI Store Virginia is currently looking for a warehouse to continue business while dealing with customers over the phone and online.

They're hoping it will be a more secure building to protect their inventory.

Chesapeake Police have not released any suspect information at this time. You're asked to call the Crime Line at 1-888-LOCK-U-UP if you know anything that can help solve this case.