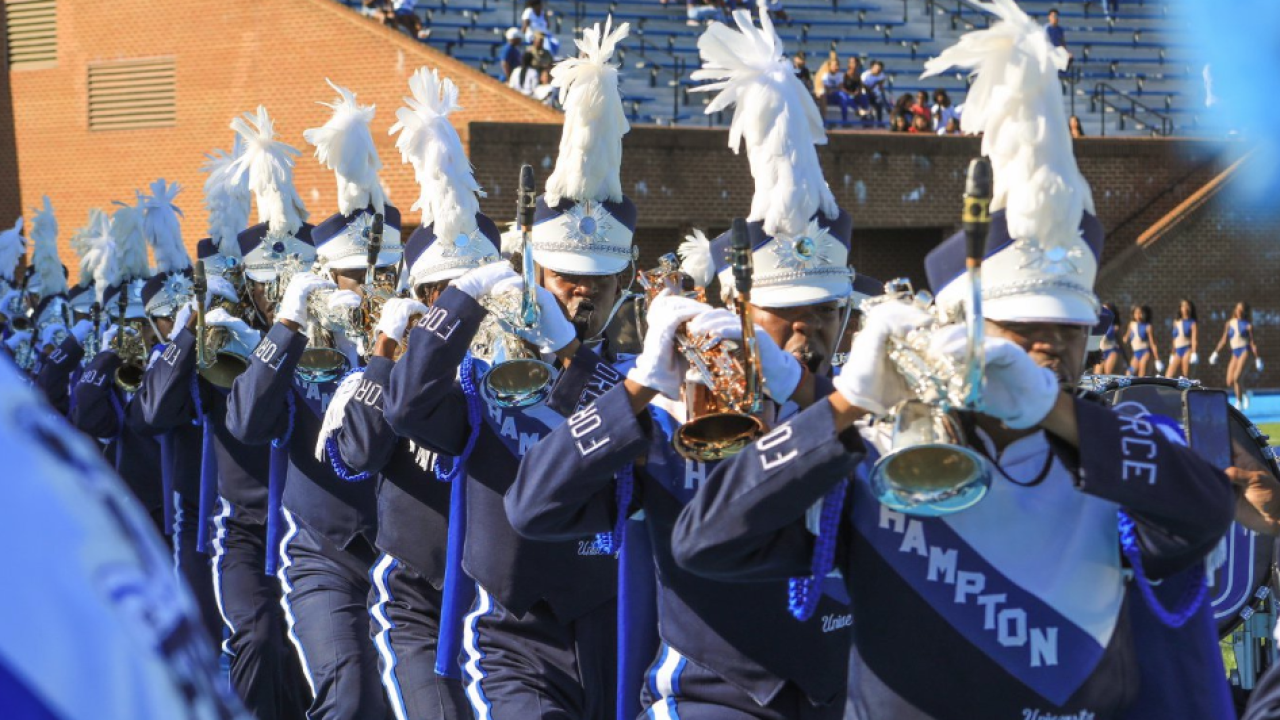 HAMPTON, Va. – The Hampton University Marching Band, known as “The Marching Force,” will be participating in the Rome New Year’s Day Parade on January 1, 2020, in Rome, Italy.

“’The Marching Force’ is an elite group of talented, young musicians who are also academically accomplished. This opportunity shows that our band is being recognized internationally. They continue to uphold THE Standard of Excellence as being one of the best marching bands in the nation,” said Hampton University President, Dr. William R. Harvey.

The first day of January brings a lot of celebration for the people of Rome. Many of them gather around St. Peter’s Square in Rome, Italy, to celebrate the Pope’s New Year’s Day blessing.

The Rome New Year’s Parade celebrates life, cultural diversity and international goodwill. It takes place in conjunction with the World Day of Peace, where the parade proceeds along the Grand Via Della Conciliazone and culminates in St. Peter’s Square. The Marching Force will get the chance to perform in the parade and at St. Peter’s Square before and after the Pope’s blessing.

This trip is not expected to be cheap. To send all the band members, plus chaperones, to Italy for this major opportunity the band will be fundraising for the next year. The Marching Force will also need to purchase new uniforms and instruments. Hampton University alumni or anyone who would like to support the band can donate on their website. There are also employer-matching options if that donor qualifies.

While in Italy, the band will also get the opportunity to visit and perform in other local communities where they will be joyously welcomed by the local residents.

Hampton University will be the first HBCU band in history to participate in this parade. The Marching Force recently performed in the Rose Bowl Parade in Pasadena, California.

“This wonderful opportunity will put Hampton University on an international spotlight and bring some attention to what we’re doing with the band at Hampton. Over the last year, we have been focusing on recruiting talented musicians, dancers, color guard and majorettes. Our mission is not just to build better band students, but to shape and mold students so that they are academically proficient and have high moral character,” said Dr. Thomas Jones, band director. “This trip validates what we’re doing. The strength of the program is growing. Traveling is a great incentive for new and current students and we are really looking forward to this exciting journey.”

To donate directly to the band, or for more information, go to this link.