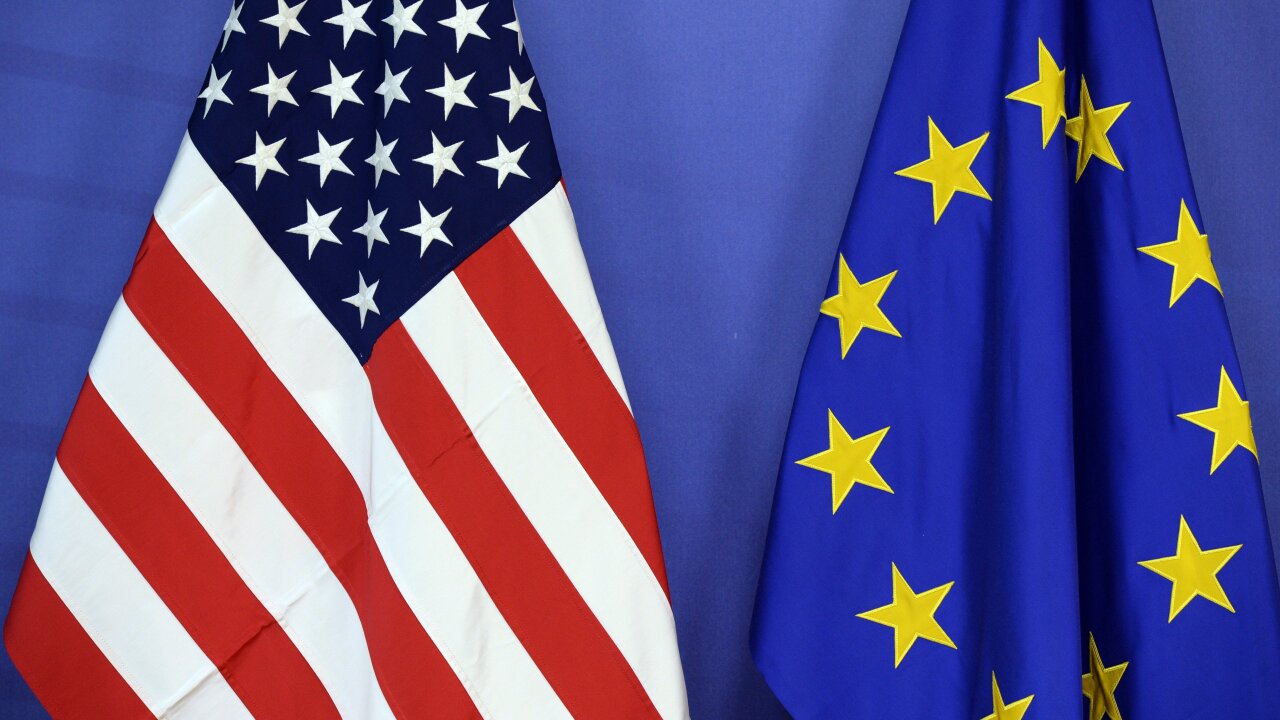 Ambassadors lining up to pay their respects at President George H.W. Bush’s funeral knew the routine: They would be called in order of seniority, a well-established system in which everyone knew where they belonged.

Ambassadors lining up to pay their respects at President George H.W. Bush’s funeral knew the routine: They would be called in order of seniority, a well-established system in which everyone knew where they belonged.

That, according to an EU official, was how the 28-member bloc learned that the Trump administration had downgraded its diplomatic status from a state to an international organization. The shift — a reversal of an Obama administration decision in 2016 — has riled Brussels, deepening a growing rift and appalling diplomats in Washington who decried the move as “amateur” and “unprofessional.”

“We learned of this when Ambassador O’Sullivan went to the funeral of President George Bush,” an EU official told CNN, speaking anonymously to discuss the issue.

“Every administration has the right to review this order but why now, two years in?” the official said, echoing comments from diplomats in Washington that the move seemed politically motivated. “What for us is remarkable is that we were not notified,” the official continued. “For a diplomatic move like that, you should at least tell the organization involved.”

The State Department did not answer multiple questions — when or why the decision was made, by whom and why the Trump administration didn’t bother notifying the EU orally or in writing. Instead, the agency sent CNN an automatic message citing the government shutdown for its failure to respond.

The snub is just the latest irritant in US-EU relations since the Trump administration took office. Under President Donald Trump, the US has sparred with the EU on a number of issues, including trade, the Iran nuclear deal and support for the Paris climate agreement, and has failed to consult it on decisions that affect European security.

More to the point, Trump and senior officials in his fiercely nationalistic administration have criticized the EU, pushed for Britain’s departure from the group and publicly questioned its value, with Secretary of State Mike Pompeo encouraging members to assert their national sovereignty in a December speech.

Speaking in Brussels, Belgium, in a strikingly undiplomatic speech, Pompeo asked whether the EU is “ensuring that the interests of countries and their citizens are placed before those of bureaucrats and Brussels.”

News reports of the speech noted that one audience member shouted, “Yes!”

“This decision is just another in a series of failures to consult our closest allies,” said Julianne Smith an adjunct fellow at the Center for a New American Security. “Europe wasn’t consulted or notified about the administration’s decision to leave the INF Treaty,” with Russia, which immediately impacts European security.

“Nor was it consulted or notified when the administration decided to leave both Syria and Afghanistan,” Smith said. “Europeans have become accustomed to learning about US policy decisions in the newspaper. That’s not how alliances work, and that’s not how past administrations have treated allies. Europeans are growing tired of the constant surprises.”

The State Department’s “Diplomatic Corps Order of Precedence and Dates of Presentation of Credentials” is used for protocol purposes, but it’s also used by other organizations and embassies across Washington.

The longer an ambassador is posted in Washington, the more senior they become. Being taken off the list effectively means they no longer receive many invitations — an essential part of doing business. The EU, which established its diplomatic corps in 2011, lobbied the Obama administration to have O’Sullivan be treated as the diplomatic representative of a nation-state and after a lengthy process, got the green light in 2016.

Given the tension between the White House and the EU, and the timing — almost two years after the Trump administration took the White House — several diplomats told CNN the move seemed punitive.

“It’s clearly political and, frankly, amateur and unprofessional,” said one diplomat from a non-EU country. “I’m putting it politely.”

Another diplomat noted that “there have been tensions for some time between the EU and the Trump administration. They’ve appeared slightly hostile at times to the EU. This is just rude.”