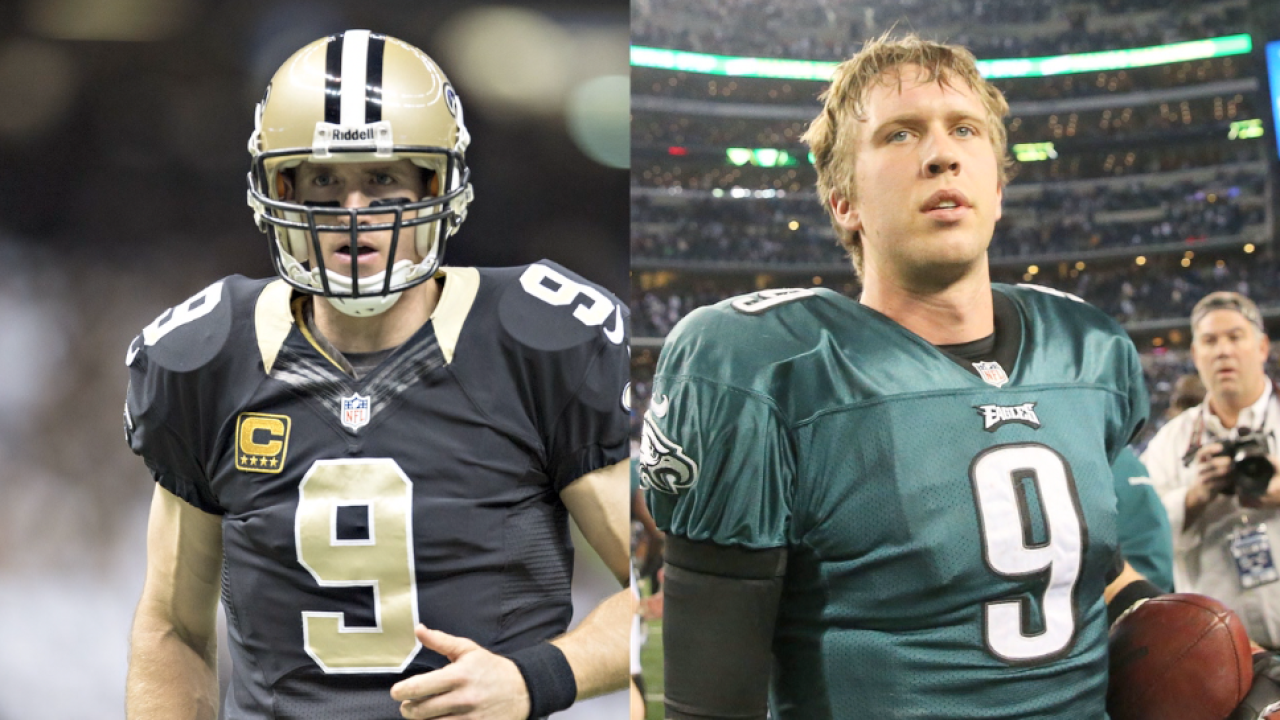 Not only are both men starting quarterbacks in the NFL, they’re also both Super Bowl MVPs. And what’s more, both Brees and Foles attended the same high school: Westlake High in Austin, Texas.

“I remember seeing him play in high school,” Brees, Austin Westlake class of 1997, said of Foles – who graduated in 2007. “The 10-year anniversary for my high school football team state championship was 2006. It was actually during the season. It was a Friday night. I remember flying back and kind of being part of that homecoming experience and the starting quarterback for my high school at the time was Nick Foles. Funny how things play out, but he’s done a phenomenal job.”

Brees, who turns 40 last week, was selected in the second round of the 2001 NFL Draft out of Purdue. He won the MVP award in New Orleans’ victory in Super Bowl XLIV.

Foles, who is now Philadelphia’s starting quarterback in place of an injured Carson Wentz – just like last year’s postseason, was selected in the third round of the 2012 NFL Draft out of Arizona. He won the MVP award in Philadelphia’s victory in Super Bowl LII last season.

“It’s something really special,” Foles said. “Playing against someone you looked up to growing up, and I still do. Knowing who he was when I was a little kid, then watching him at Purdue and throughout his career in the NFL – Drew is a Hall of Famer and one of the best quarterbacks ever. But what really impresses me is who he is as a person and what he is as a person and how he impacts his community.”

The two Westlake High School products have met before in the postseason – a 26-24 Saints victory in the 2014 NFC Wild Card Round, Foles’ first postseason start.

Sunday’s meeting is not only for the right to advance to the NFC Championship, it’s the first time two Super Bowl MVPs from the same high school play against each other in the NFL playoffs.

“We’ll always be a Chaparral for life,” Foles added. “There’s going to be a lot of people in Austin watching this game.”