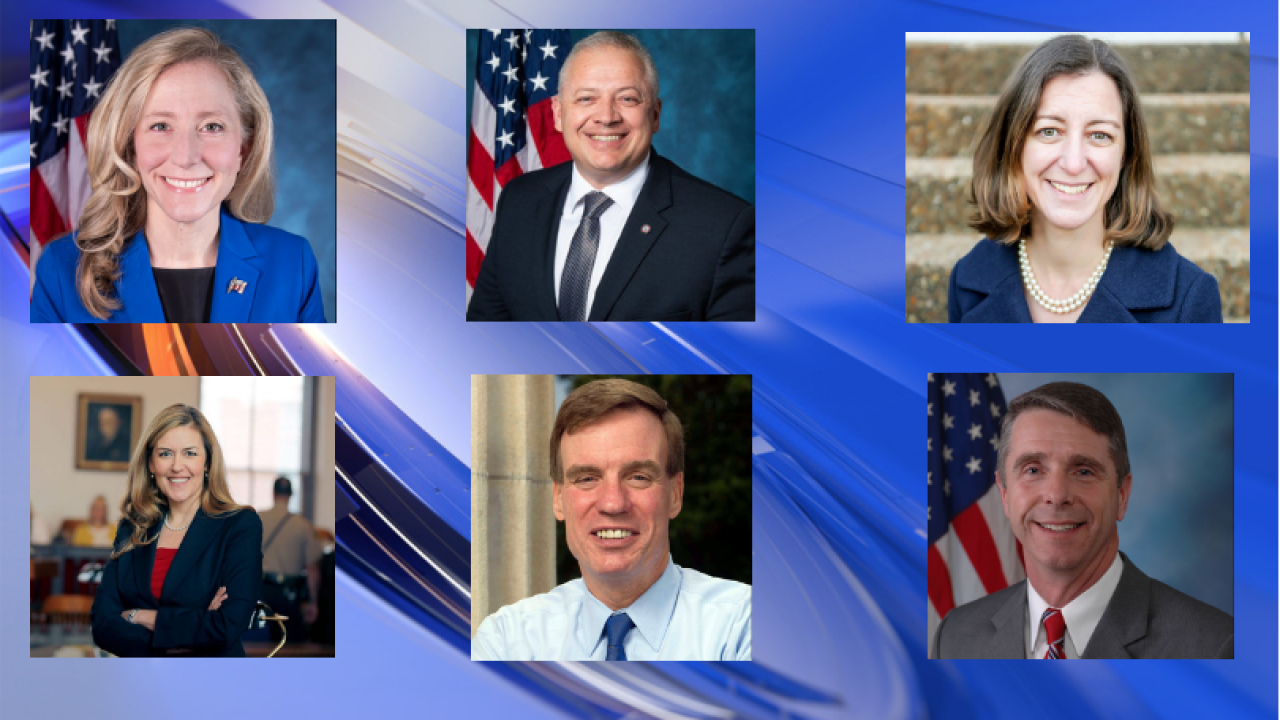 WASHINGTON – Five members of Congress that represent Virginia have rejected pay while the country is in the midst of a partial government shutdown.

The five from Virginia are part of a total of 60 congressional lawmakers that are rejecting pay during the shutdown. The bipartisan pay reject includes 13 senators and 51 representatives.

Fourteen representatives passing on pay – including three from Virginia – are newly elected and were sworn in this year.

Several members of Congress have also pushed legislation that would penalize members for allowing a shutdown to occur. Rep. Kurt Schrader, an Oregon Democrat, introduced a bill in 2017 that would automatically dock members’ pay during government shutdowns, and Rep. Ralph Norman, a South Carolina Republican, introduced a constitutional amendment the day before the government shut down that would ban them from being paid.

Rep. Brian Fitzpatrick of Illinois, one of seven House Republicans who voted to reopen the federal government, urged all members to join him in declining his paycheck.

“Everybody ought to follow the lead that several of us have already set: Don’t get paid,” he told CNN’s Wolf Blitzer on Monday. “If you’re in Congress, don’t just delay your pay — forfeit it, write a check back to the US Treasury. Then you’ll feel the pain of these federal workers.”

Here are the members of Congress who won’t receive their paychecks during the shutdown: