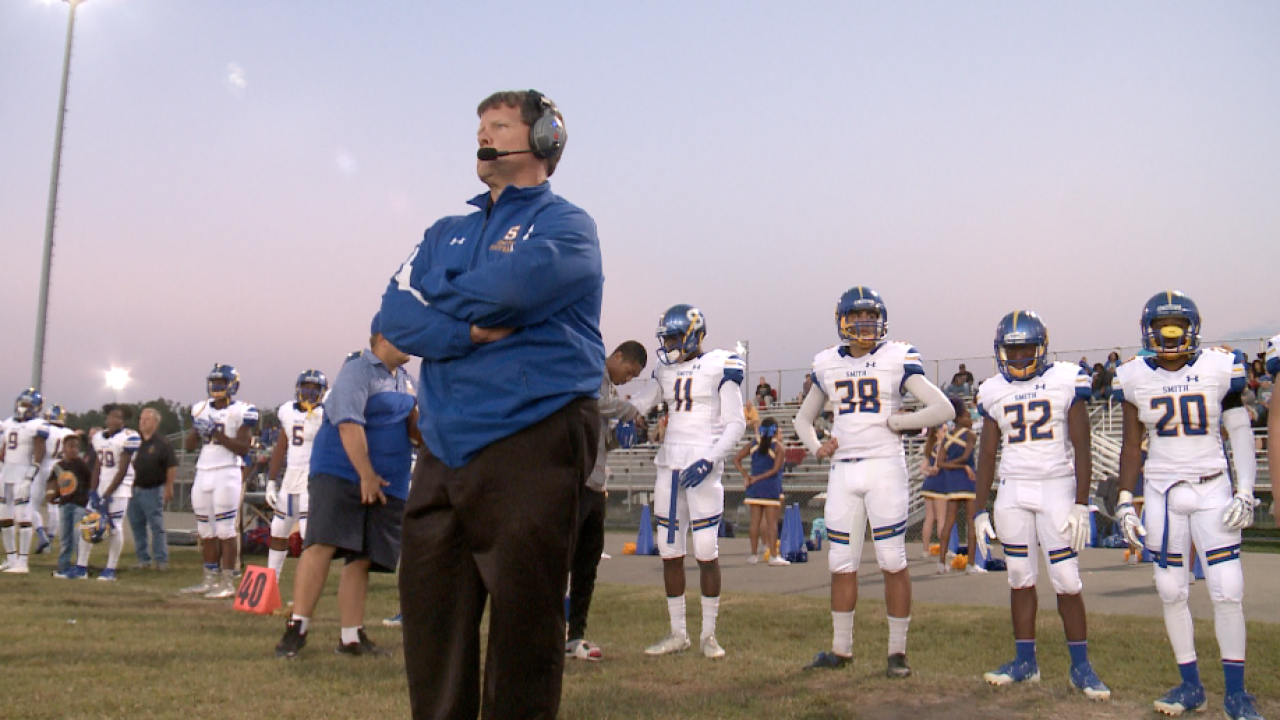 Hired in March 2017, Johnson led the Tigers to a state runner-up finish in 2017 and a 11-and-2 record in 2018. Prior to taking over as head coach, Johnson spent five seasons as an assistant coach at Smith.

“His leadership and his vast football knowledge will be missed, but he has left his mark on too many young athletes to count over his 40 year career,” Oscar Smith Athletic Director Ray Collins said in a statement.

Johnson has 40 years of coaching experience in Hampton Roads including stops at Manor, Cradock and Churchland in Portsmouth and at Indian River, Western Branch and Oscar Smith in Chesapeake. In 2017, the Washington Redskins honored Coach Johnson as their high school coach of the week.

Johnson took over the program after head coach Bill Dee stepped down after the 2016 season due to health issues. He passed away a short time later.

Collins said the head coaching vacancy will be posted shortly and the school is “eager to find” the next leader of its premier football program.