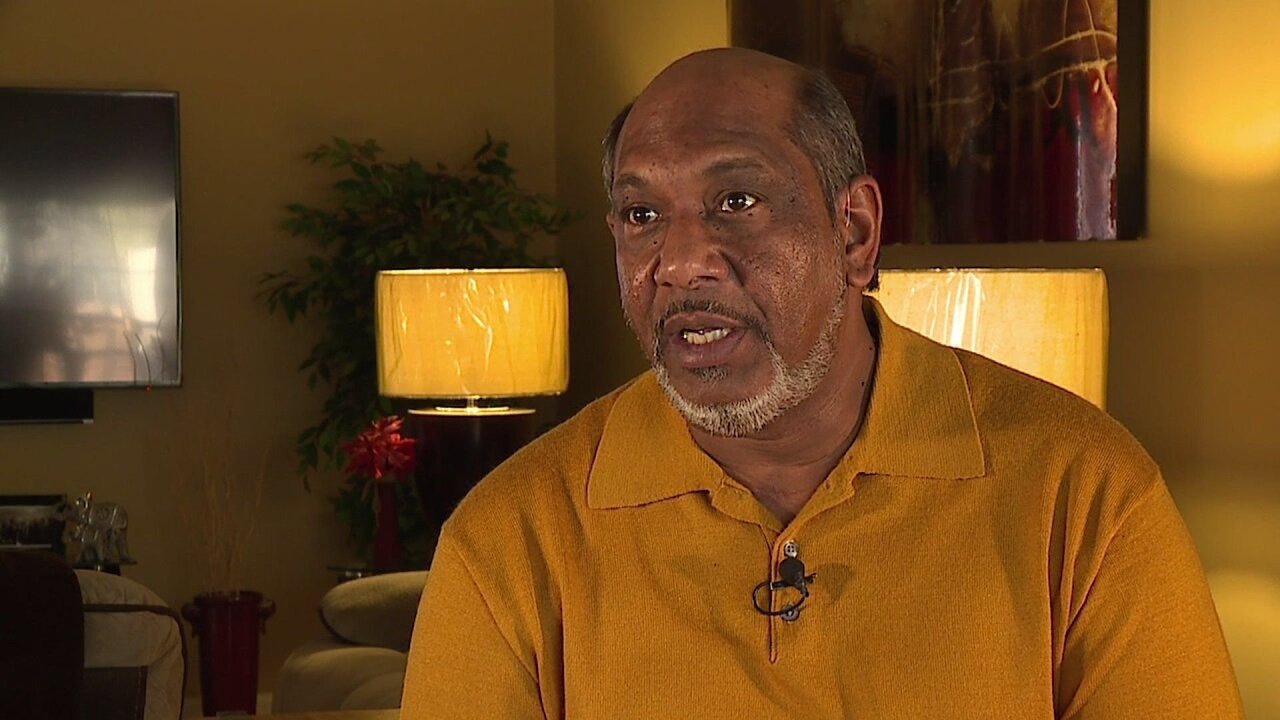 **Embargo: Greensboro-High Point-Winston Salem, NC** Dennis McCoy was a hard-working man who just wanted to live the good life he felt he’d earned. And then something very serious came calling.

And then something very serious came calling.

**Embargo: Greensboro-High Point-Winston Salem, NC**
Dennis McCoy was a hard-working man who just wanted to live the good life he felt he’d earned. And then something very serious came calling.

“I developed what I thought was a cold, because bleach sometimes makes you have symptoms like you catching a cold,” McCoy said. “What happened was I was chemically being poisoned, the bleach that was in the ratio mix and it caused a complete internal shutdown.”

The bleach and mold were occupational hazards in the construction industry. So hazardous, in fact, that McCoy was taken to the emergency room at Moses Cone in as bad a shape as someone can be while still alive.

“He was the sickest of the sick, every organ was failing for him,” said Dr. Daniel Feinstein, saying McCoy’s chances of survival, were 5 percent at best. “We pulled out all the stops – we used different types of mechanical ventilation that we don’t use that often, at least over a week. We gave him special, inhaled medications to suppress the inflammation from the bleach.”

It worked, to a degree. McCoy didn’t die, but he developed a condition called delirium, something nearly 80 percent of patients in the emergency department suffer from.

Patients with delirium are often confused and agitated.

“I fought demons, I really had a really bad bout with fighting demons,” McCoy said.

But, through a bit of serendipity, Cone Health was in the middle of a five-year study that was looking at the way we treat patients with delirium. The results of that study are revolutionizing the way delirium patients are treated, nationwide.