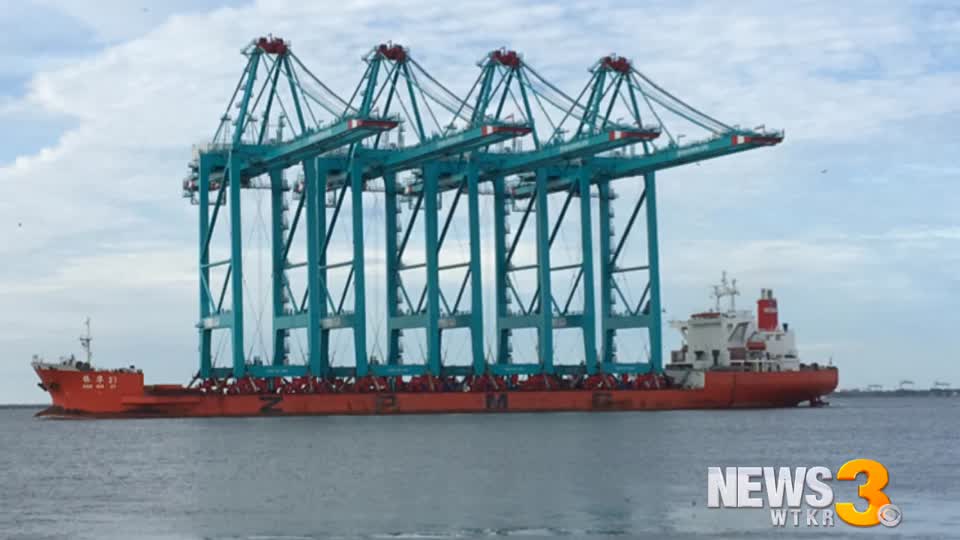 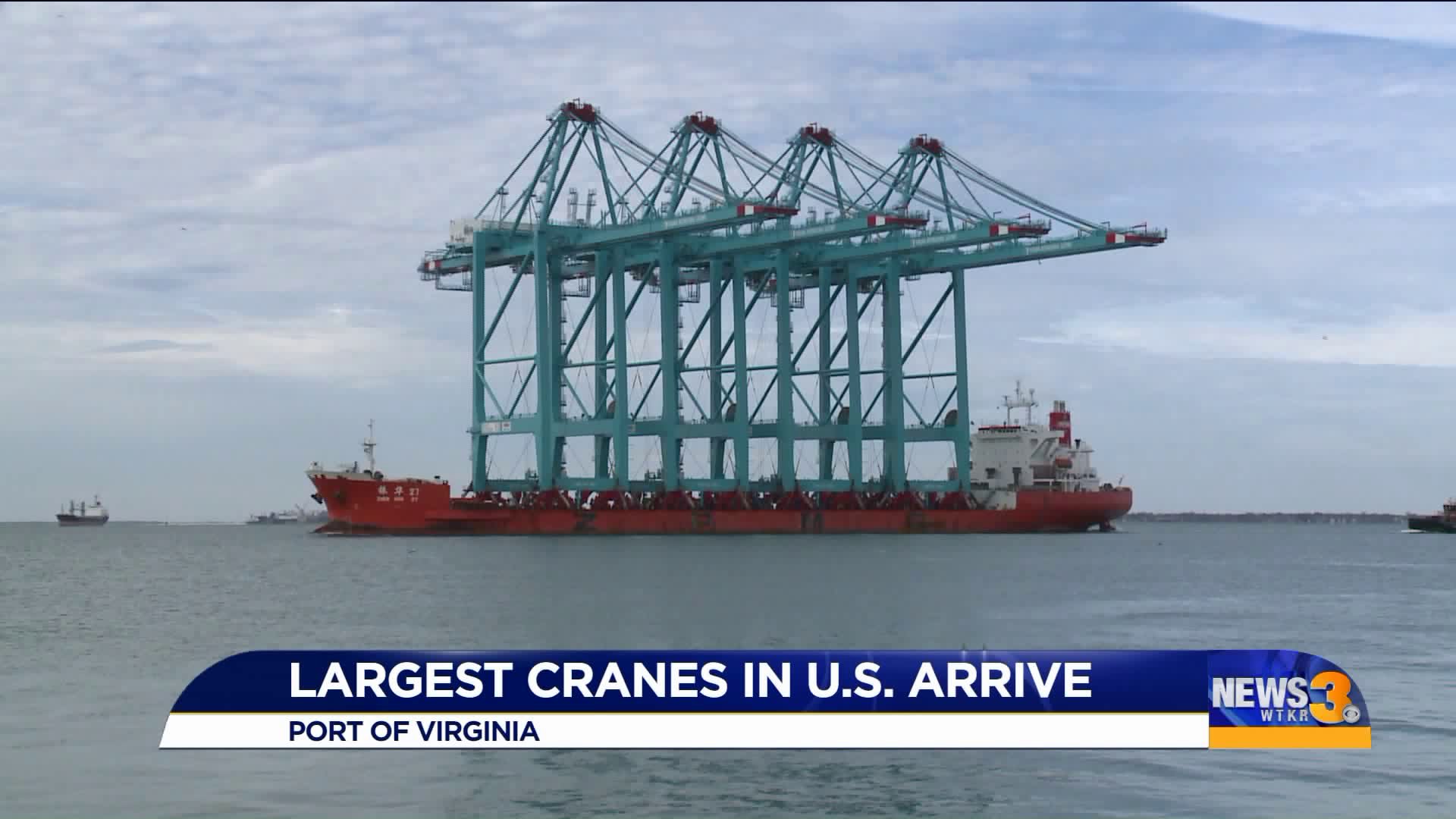 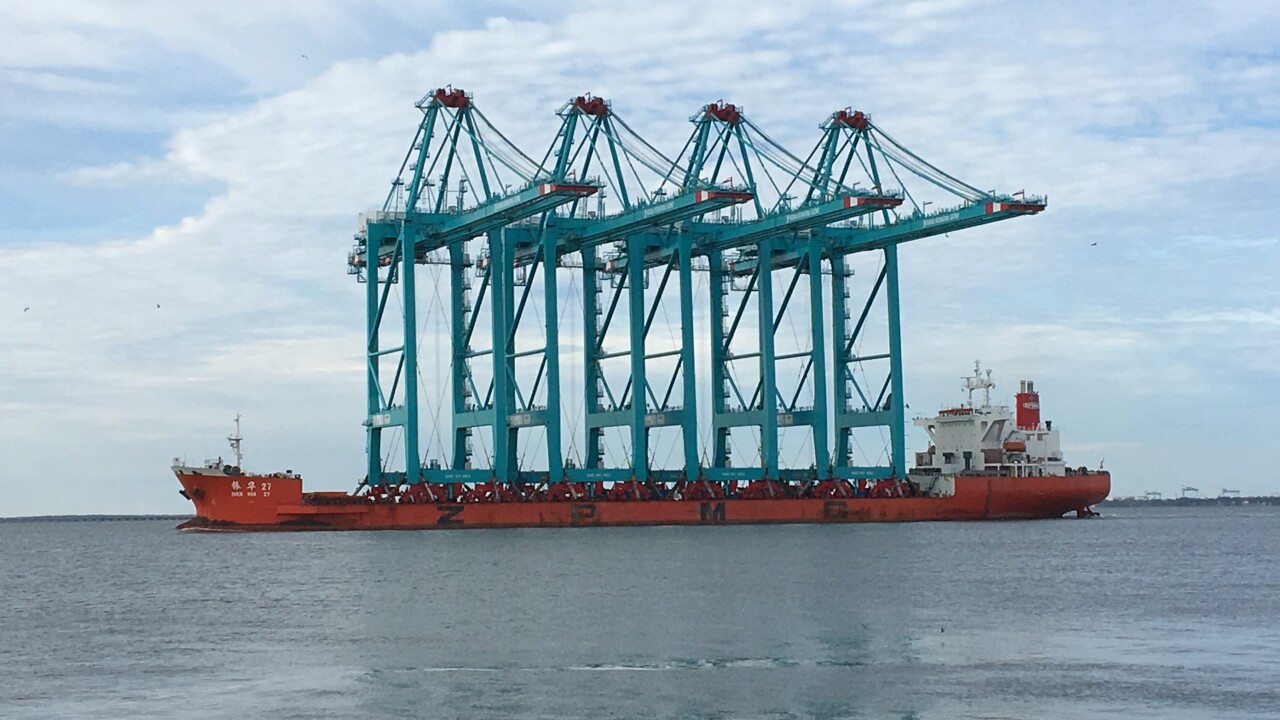 The four ship-to-shore cranes arrived at The Port of Virginia fully-assembled aboard ZPMC's Zhen Hua 27.

The Port of Virginia says the cranes will be able to service container vessels, regardless of size, in the years ahead. That includes Ultra Large Container Vessels currently calling on the port, and higher-volume ships of the future.

The new cranes will be able to reach across a vessel that is 26 containers wide, which equates to three to four containers wider than most cranes. They are also taller, which means they can offload another row or two of containers.

The cranes are among the final pieces needed for the $320 million expansion of the Virginia International Gateway. That project will bring the annual container throughput capacity to 1.2 million units.

With the addition of the new cranes, The Port of Virginia will have 30 ship-to-shore cranes at work in the Norfolk Harbor.