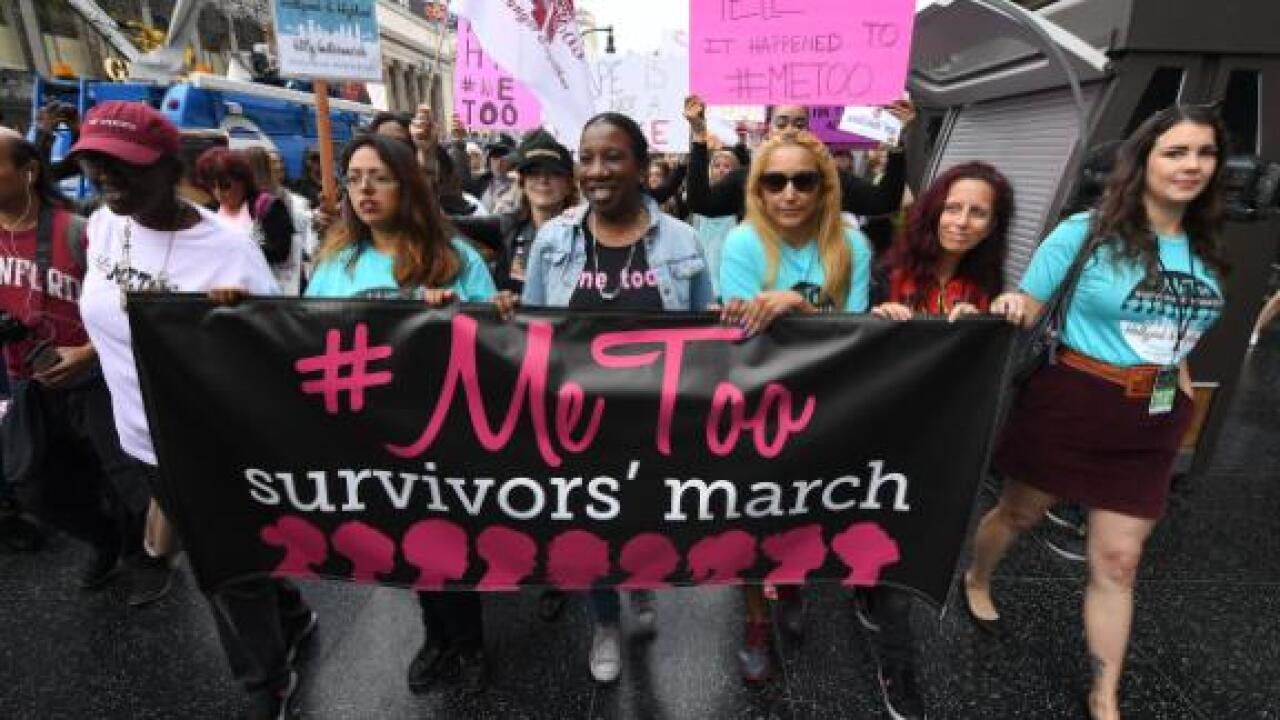 Gehad al-Rawy beamed with joy as she emerged from an Egyptian courtroom last September. She had just won a sexual harassment case, with the judge sentencing her harasser to two years in prison.

It was a rare victory in a country where, according to a 2017 survey by UN Women and Promundo, nearly 60% of Egyptian women have been sexually harassed. In a 2017 Thomson Reuters poll that surveyed experts in women’s issues, Cairo was named the most dangerous city in the world for women.

But in 2018, Egyptian women came out with a flurry of accusations against their abusers. Activists call it Egypt’s #MeToo moment, catalyzed by the global outcry against sexual abuse in 2018 and leading to major shifts in the conversation around harassment.

Last Eid al-Adha, Rawy and her friend, Rozana Nageh, were subjected to an onslaught of catcalling by two men as they walked through Cairo’s Tahrir Square. The women say they were determined to bring the harassers to justice.

They grabbed onto one of their harasser’s hands, they say, and tried to drag him to the police station.

Rawy, a 28-year-old researcher and feminist activist, and Nageh struggled to hold on to the man who was writhing and kicking, they tell CNN. As they waited for the police to arrive, a crowd of around ten people attempted to free him from their grip, according to Rawy.

“For 15 minutes, we were beaten, insulted and harassed because we insisted not to let him go,” Rawy recalls. By the end of the impasse, bruises and scratches covered her body.

Rawy and Nageh’s story is among half a dozen high-profile stories on harassment to surface in recent months. In November, some A-list celebrities called for an end to sexual harassment in a video campaign launched by the Egyptian National Council for Women.

“MeToo moved the world and Egypt is part of that,” says Intisar al-Said, a lawyer who has worked with survivors of sexual violence for over a decade.

“Why do we always blame the women for the harassment so that she is both the victim and the condemned” says actress Menna Shalaby in the video campaign.

It features re-enacted scenes of women being groped and brushed against on the street and in public transport. The tagline reads: “Fight harassment. Stand with her and not against her.” In the same video, singer and actor Hany Adel implores viewers to “take action against the harasser.”

The movement is a far cry from the aftermath of Egypt’s uprising in 2011. Mass protests unseated long-time dictator Hosni Mubarak but triggered a surge in sexual harassment.

Videos surfaced of mass sexual assault and gang rape in Tahrir Square, the epicenter of the uprising, and sent shockwaves through Egypt.

In 2014, Egypt criminalized verbal and physical abuse. But street harassment appeared to have persisted, buoyed by a widespread culture of victim-blaming. Al-Said says she has observed an increase in reported harassment since 2014, though it is unclear whether the rise in complaints is due to a greater willingness to report the harassment or an actual increase in the incidents.

Last August, Menna Gubran, a woman in her 20s, posted a video on Facebook of a man who made repeated advances in an East Cairo suburb. She was waiting for a bus to work when, she says, he circled around her in a car three times, repeatedly calling out invitations to coffee.

At first, the video appeared to have backfired. A deluge of comments on social media accused Gubran of being an attention-seeker. Her detractors questioned her choice of dress and her morals. Shortly after that, her boss laid her off.

Her harasser, egged on by supporters online, posted comedy spoofs of Gubran’s video. “I didn’t do anything wrong. When she said that I was bothering her, I apologized and left,” the alleged harasser, who identified himself as Mahmoud Soliman, said in a Facebook video.

Soliman did not respond to CNN’s request for comment.

But shortly after that, Al-Azhar, the country’s highest Sunni Muslim religious authority, weighed in on the debate about sexual harassment.

In an August statement, Al-Azhar called for harsh penalties against sexual harassers and decreed that a woman’s clothing should never justify harassment.

It was a blow to those who cited religious dress codes as a rationale for harassment.

“We have been following what the media and social media networks have been saying about sexual harassment cases lately,” the statement said. “It’s an issue that is completely unacceptable and impossible to be silent about.”

Abdallah Sarhan, Dean of Higher Education at Al-Azhar University, tells CNN that the institution–considered by some to be one of the most important Sunni institutions in the Muslim world–was determined to strip harassers of any moral ammunition.

While civil society has mobilized on behalf of victims in the past, nowadays, survivors of harassment are leading the charge, al-Said says. But laws to protect harassment claimants from retaliation remain absent and women continue to fear speaking out, she adds.

“Women who report sexual harassment are not only stigmatized and chastised by their families, but sometimes the accused retaliates with a counter lawsuit,” al-Said says.

This August, journalist May el-Shamy filed a lawsuit against her editor, Dandarawy al-Hawary, of the pro-government Youm7 newspaper, alleging sexual harassment. The prosecution dismissed the case, and Youm7 reported that Hawary planned to sue her. She was fired. Hawary declined CNN’s request for comment.

“My feelings are a mix between my conviction that I can’t forgive when it comes to my body whatever happens, and being scared of losing everything,” el-Shamy tells CNN.

“I lost my job, and now I’m just staying in my house with no income and no outlet for my energy. I know I’ll sink into a deep depression. I’m still scared that any harm could reach my husband or my family,” she adds.

Rawy, who won her harassment case, paid for justice with bruises on her body and a two-day wait at a police station. Later, a judge reduced her harasser’s sentence to six months.

She doesn’t believe she will always be up for the fight. “It depends how many times you’re prepared to go to the police station,” Rawy says. “Women face harassment every day, and each time you decide what you’re capable of doing today.”