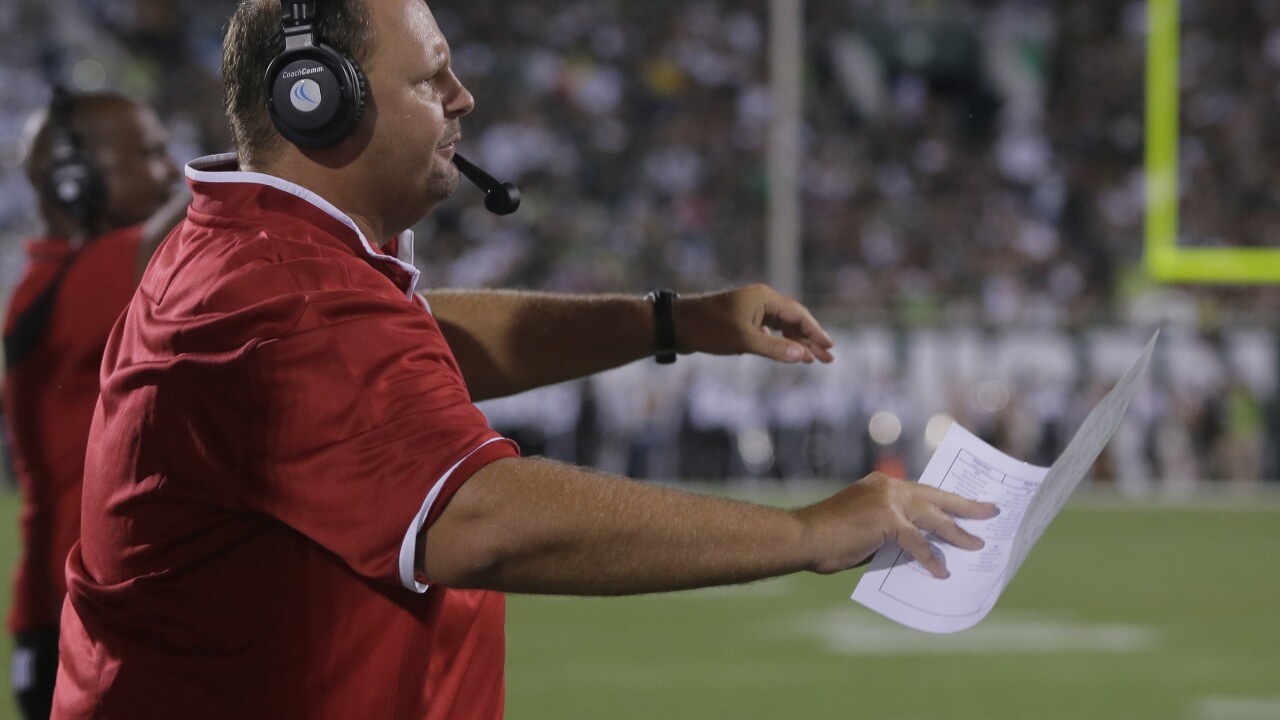 “We are excited to welcome Coach Blackwell and his family to Old Dominion University. Coach Blackwell has a proven track record of developing good players and good defenses everywhere he has coached,” Wilder said. “We look forward to an improved defense in 2019 under his direction and leadership.”

Blackwell comes to ODU after a one-year stint as the defensive coordinator at East Carolina, where he helped defensive end Nate Harvey, a former walk-on, earn AAC Player of the Year honors. Under his leadership, the defense gave up eight fewer points per game in 2018 than the year before, 75 fewer yards on the ground and more than 100 fewer yards per game. The Pirates finished led the AAC in tackles for loss and finished third in FBS, while ranking third in the AAC in sacks and third down defense.

“I have great respect for Coach Wilder and I’m really excited to work with the program,” Blackwell said. “I had a chance to see them first hand last year and I think the potential of Old Dominion is unlimited.”

Prior to spending the 2018 season at ECU, Blackwell was the defensive coordinator at Jacksonville State for four years. Blackwell helped JSU win four-straight Ohio Valley Conference Championships and led one of the top defenses in the FCS.

In 2015, Blackwell helped Jacksonville State to a 13-2 record and berth in the FCS Championship Game. He was a finalist for FCS Defensive Coordinator of the Year honors in both 2015 and 2016.

Blackwell served the previous two years as defensive coordinator and linebackers coach at Fordham where he molded the Rams into one of the top takeaway producers in the country with an FCS-leading 40 turnovers gained in 2013. He and linebacker Stephen Hodge, who was selected Patriot League Defensive Player of the Year, helped Fordham to a 12-2 record and playoff appearance.

As co-defensive coordinator and linebackers coach at then-Big East member USF in 2009, Blackwell directed a group which ranked 24th at the FBS level in total defense and tied for 19th in scoring defense on the way to an 8-5 record and an International Bowl victory.

Prior to his brief stay in Tampa, Blackwell was an assistant at Clemson for six years where he was in charge of the linebackers and played a key role leading a resurgence in the Tigers’ defense. Clemson was bowl eligible on five occasions during his tenure with appearances in the 2008 Gator Bowl, 2007 Chick-fil-A Bowl, 2006 Music City Bowl, 2005 Champs Sports Bowl and the 2004 Peach Bowl as the Tigers were ranked in the Top 25 in both polls in three of those seasons.

Clemson also stood among the Top 25 in the four major defensive categories each of his last four years, a first in program history.

He also directed Clemson’s recruiting efforts during his first three years. Both his 2005 and 2006 classes were ranked in the Top 20 by nearly every service, while the latter edition had the most Parade and USA Today All-America selections for the Tiger program in 16 years.