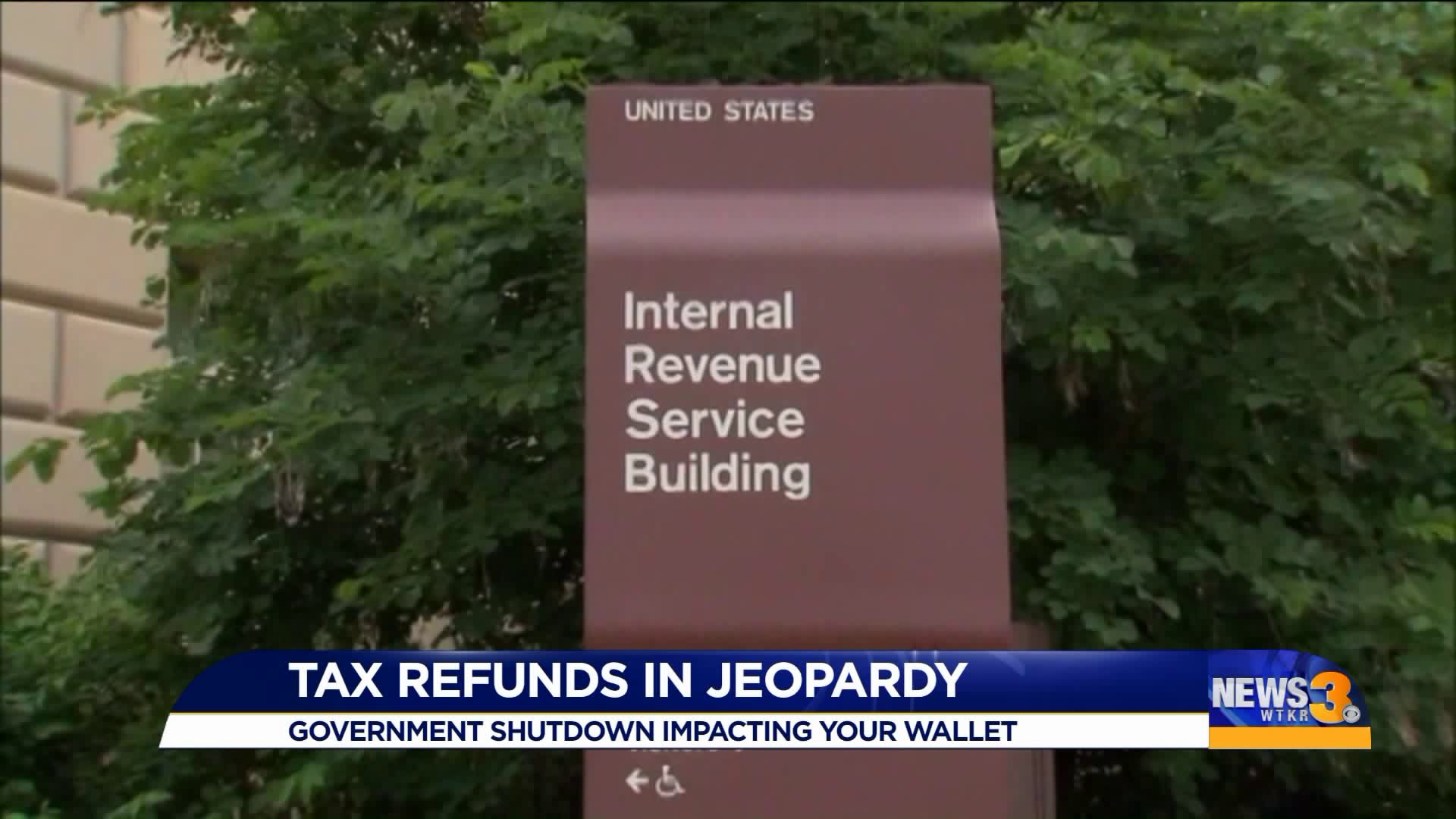 The country's tax collector is among the federal agencies affected by the government shutdown, now in its second week.

The Internal Revenue Service is currently working under non-filing season shutdown plans and will be updating it ahead of the upcoming tax season as soon as Friday, according to a person familiar with the matter.

The possibility of a lengthy stalemate could complicate this year's tax season, the first under the new law passed by Congress in 2017.

During a shutdown, the IRS typically doesn't perform audits, pay refunds or offer assistance to taxpayers if they have questions, especially outside of the filing season. And while some of the lights may still be on in the building, the agency is currently operating with only 12.5% of its workforce, or fewer than 10,000 federal employees.

"It does throw a little bit of wrench into things," said Kyle Pomerleau, economist at the Tax Foundation. "To the extent that individuals are relying on the refund any delay is going to be a negative."

Tax filing season usually begins in mid-January, and if the shutdown is resolved by then it may have little lasting impact on taxpayers. The IRS has yet to announce when individuals and businesses can begin submitting their income tax returns.

But any gap in individuals not receiving money they're owed will only intensify pressure on Trump and lawmakers to strike a deal quickly.

Related: Trump confirms he said he could keep shutdown going for months or years

Many consider it a major financial windfall that they use to help cover costly expenses or boost their yearly savings. Those who need the refunds the most are also usually among the first to file during the January to April tax season.

The political impasse comes at a time when there was already going to be additional complexity as individuals and corporations wrestle for the first time with new tax law changes.

The agency received two years of funding to implement the new tax law, so some of those activities including devising worksheets and tax forms along with instructions and publications have continued.

But businesses can't call the agency for advice on changes, said Alice Jacobsohn at the American Payroll Association. That includes questions about how the new tax law may have changed things for this year's W-2 forms, which they must send out by the end of January.

For now, individuals who call the IRS with questions are greeted with an automated message: "Welcome to the IRS. Live telephone assistance is not available at this time. Normal operations will resume as soon as possible."