Taking it to the streets: Norfolk Police Academy recruits sworn in after graduation 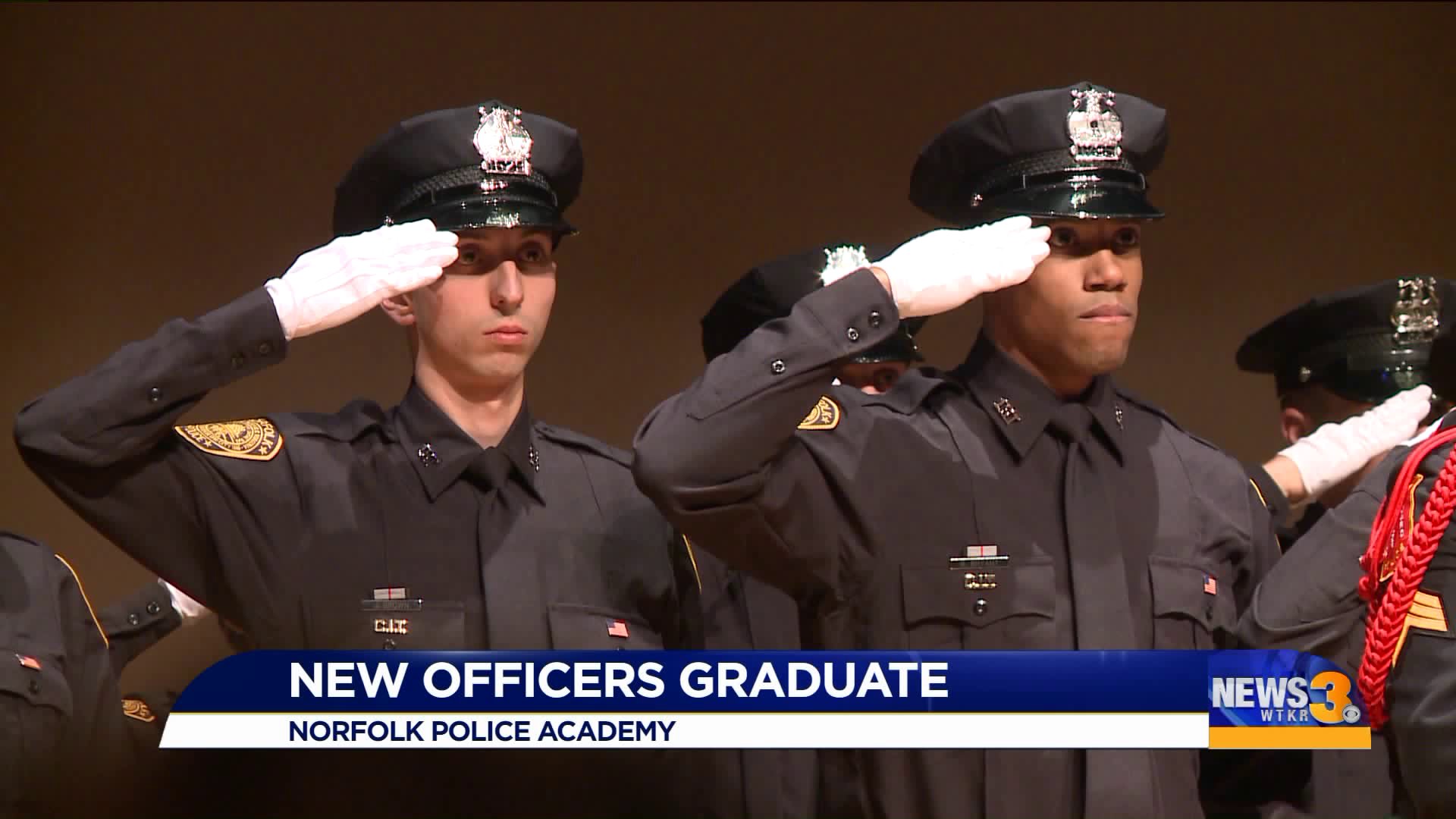 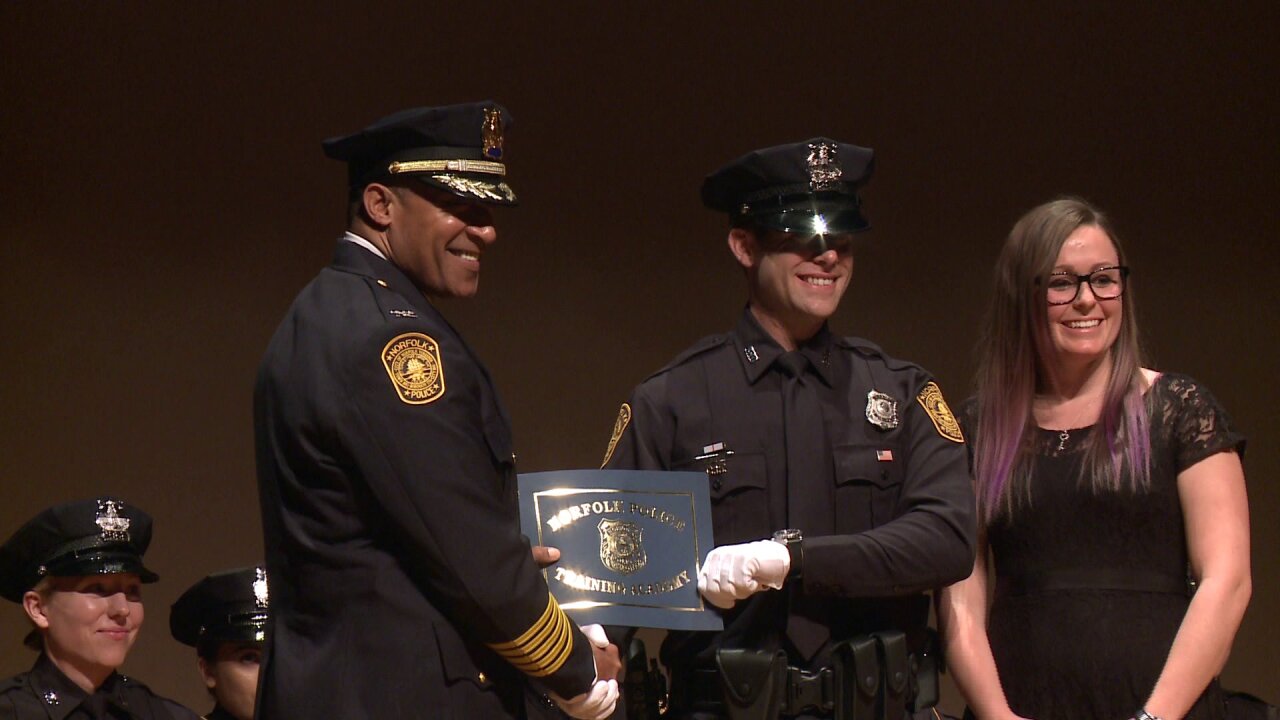 NORFOLK, Va. - Congratulations are in order because there are now some new police officers that will be hitting the streets of Norfolk very soon.

Thursday night's graduation ceremony was the 103rd session of the Norfolk Police Academy. 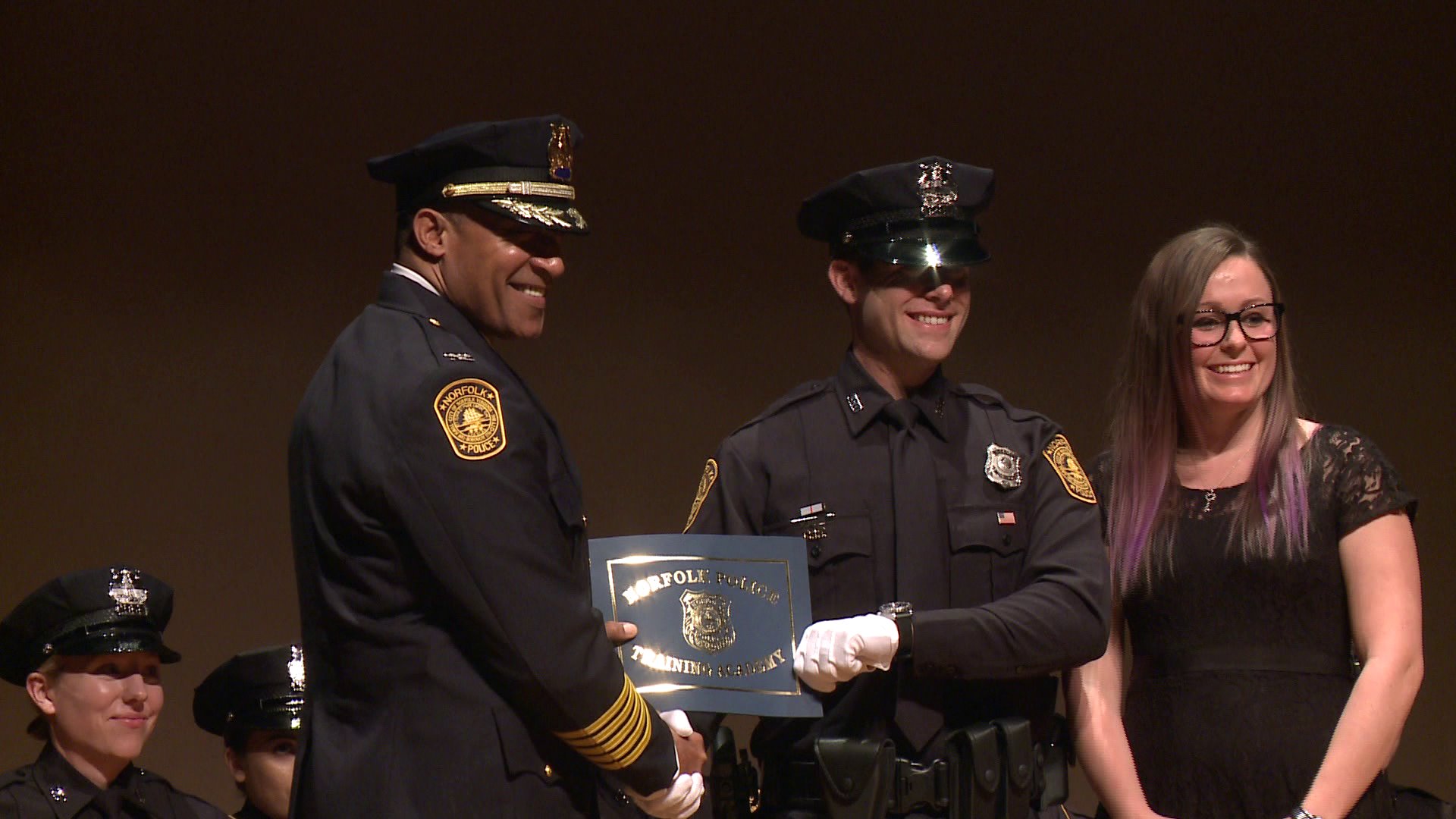 Officials say the new officers trained for exactly six months. The department also says the training was from every realm of law enforcement in order for the recruits to be fully prepared to hit the ground running.

“This is just probably one of the most exciting nights for any recruit. Going through that amount of training for six months, this is what you work toward," said Corporal William Pickering. "So, now the officers are going to graduate. They are going to take that oath. They are going to be with their field training officer, and then after that they are going to hit the streets of Norfolk and make us all safe.”

The Norfolk Police Department says they encourage anyone interested in serving the community to apply for the upcoming academy in April.