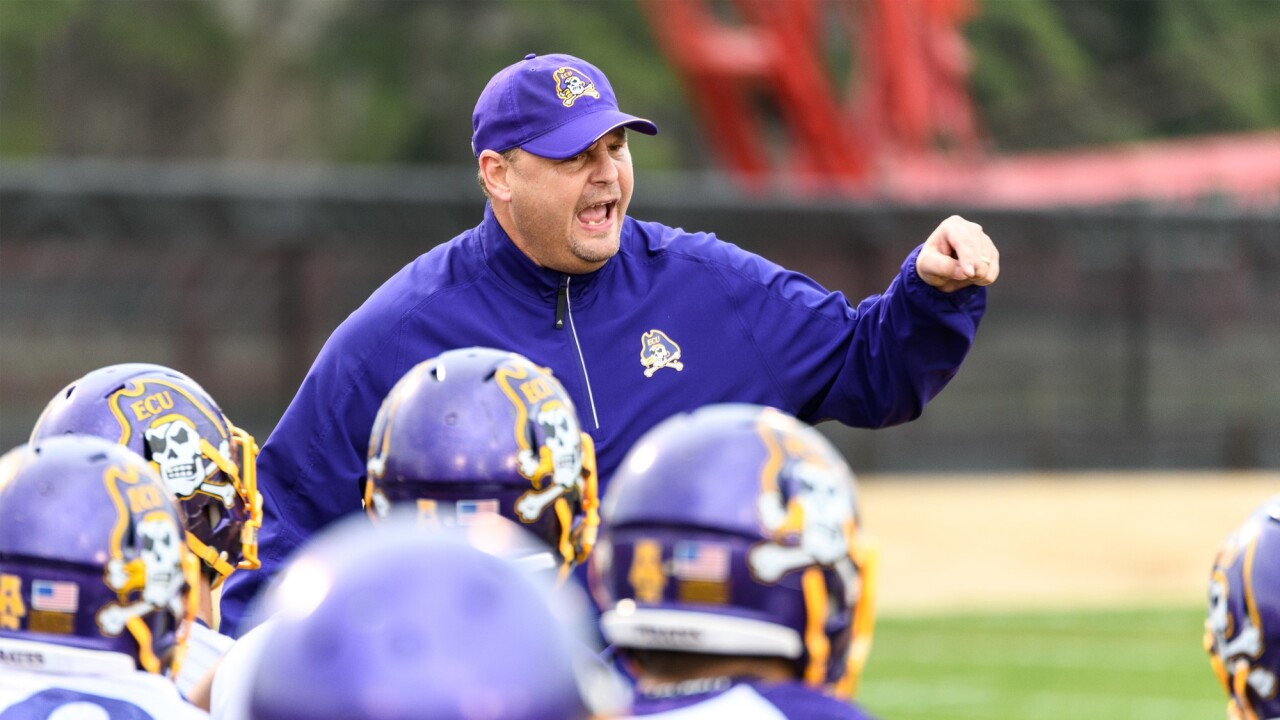 NORFOLK, Va. – An assistant coaching search that lasted more than a month is now over. It’s done. Black-well done.

Multiple sources familiar with the situation tell News 3 Sports Director Adam Winkler that Old Dominion University’s football program has chosen David Blackwell as the Monarchs’ new defensive coordinator. The sources spoke on the condition of anonymity because the University is not expected to officially announce the hire until Friday. Blackwell will replace Rich Nagy – who was fired November 25th after ODU completed a 4-and-8 campaign in 2018.

Blackwell comes to ODU after serving as defensive coordinator and interim head coach at East Carolina University, his alma mater, in 2018. As the defensive leader of the Pirates, Blackwell oversaw a unit that allowed 439.8 yards/game in 2018 – ranking 101st of 130 teams in the Football Bowl Subdivision (FBS). Old Dominion ranked 118th in FBS (471.4 yards/game) in total defense this season.

In a 37-35 victory vs. ODU September 29th, Blackwell and the East Carolina defense held the Monarchs to a season low output in both total yards (271) and rushing yards (21).

Blackwell, who was part of ECU’s 1992 Peach Bowl championship squad and a pair of Liberty Bowl appearances as a Pirates player, served as ECU’s interim head coach for the 2018 season finale following the firing of head coach Scottie Montgomery November 29th. When Mike Houston was hired to replace Montgomery at ECU, Blackwell was not retained.

A coaching veteran with more than 20 years of experience, Blackwell returned to ECU after a four-year stay on the Jacksonville (Ala.) State staff where he served as the defensive coordinator and also coached the Gamecocks’ linebacking corps. During his tenure, the Gamecocks posted a 43-and-8 overall record and captured four-straight Ohio Valley Conference titles with a perfect 32-and-0 mark. He was a finalist for FCS Defensive Coordinator-of-the-Year honors in both 2015 and 2016.