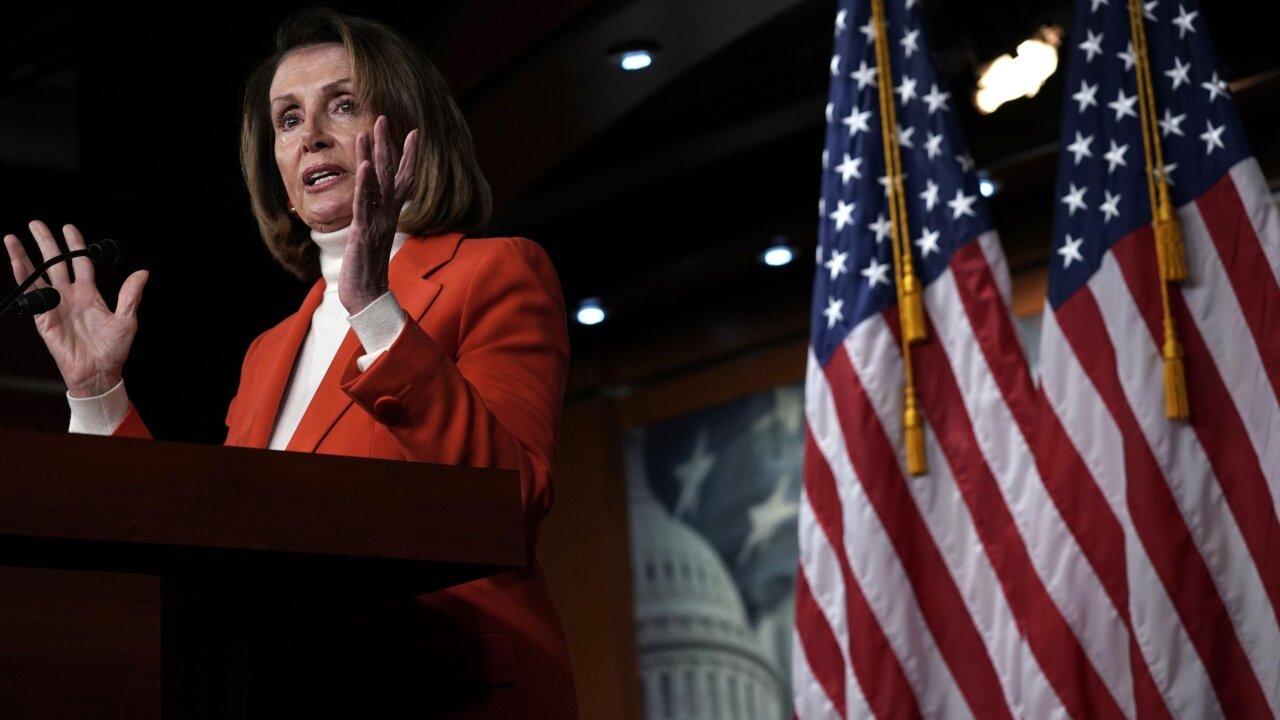 Nancy Pelosi is poised to reclaim the title of House speaker on Thursday when the new Democratic majority arrives in Washington and takes over control of the House of Representatives.

Nancy Pelosi was officially elected the new House speaker on Thursday in a majority vote by the House of Representatives on the first day of the 116th Congress.

As House speaker, Pelosi will regularly face off against President Donald Trump and will preside over an emboldened and energized Democratic majority that is poised to launch aggressive oversight of the President and his administration.

Pelosi also makes history as she reclaims a title she previously held when she served as the first and so far only female House speaker from 2007 to 2011.

A small, but vocal, faction of Democrats initially worked to derail Pelosi’s bid to become the next speaker following the 2018 midterm elections, but no challenger against her ever emerged and she ultimately succeed in winning over many of her critics.

One of the most immediate challenges confronting Pelosi as leader of the new House Democratic majority will be the fight over the President’s long-promised border wall that triggered a standoff between congressional Democrats and the President and resulted in a partial government shutdown, which is now in its second week.

Pelosi has already outlined a plan for Democrats to pass a legislative package later in the day on Thursday to re-open shuttered parts of the government. Contrary to the President’s demands for $5 billion for a border wall, however, the legislation does not provide any new wall funding, setting up an early confrontation between the new Democratic majority and the administration.

Pelosi’s path to the speakership

Nancy Pelosi is poised to reclaim the title of House speaker on Thursday when the new Democratic majority arrives in Washington and takes over control of the House of Representatives.

Pelosi always projected confidence that she would reclaim the Speaker’s gavel, but faced criticism and pushback along the way.

At the end of November, she secured the nomination to become speaker by winning support from a majority of House Democrats — a total of 203 votes in closed-door leadership elections. But she came up slightly short of the total 218 votes typically needed to win the speakership in the final January vote.

To become Speaker requires the support of a majority of all members of the House who are present and voting, a threshold that could be as high as 218 votes. It would be possible for Pelosi to win with fewer votes, as several previous House speakers have, if some members vote present or decline to participate.

Ahead of the final vote, Pelosi deployed her deal-making abilities to win over detractors, and by mid-December, she appeared to have secured the votes necessary to prevail after negotiating an agreement with some of the Democrats who had been lobbying to block her from the speakership. As part of the agreement, Pelosi backed a proposal to enact term limits for the party’s top three leaders.

“I see myself as a bridge to the next generation of leaders, a recognition of my continuing responsibility to mentor and advance new Members into positions of power and responsibility in the House Democratic Caucus,” Pelosi said in a statement at the time.