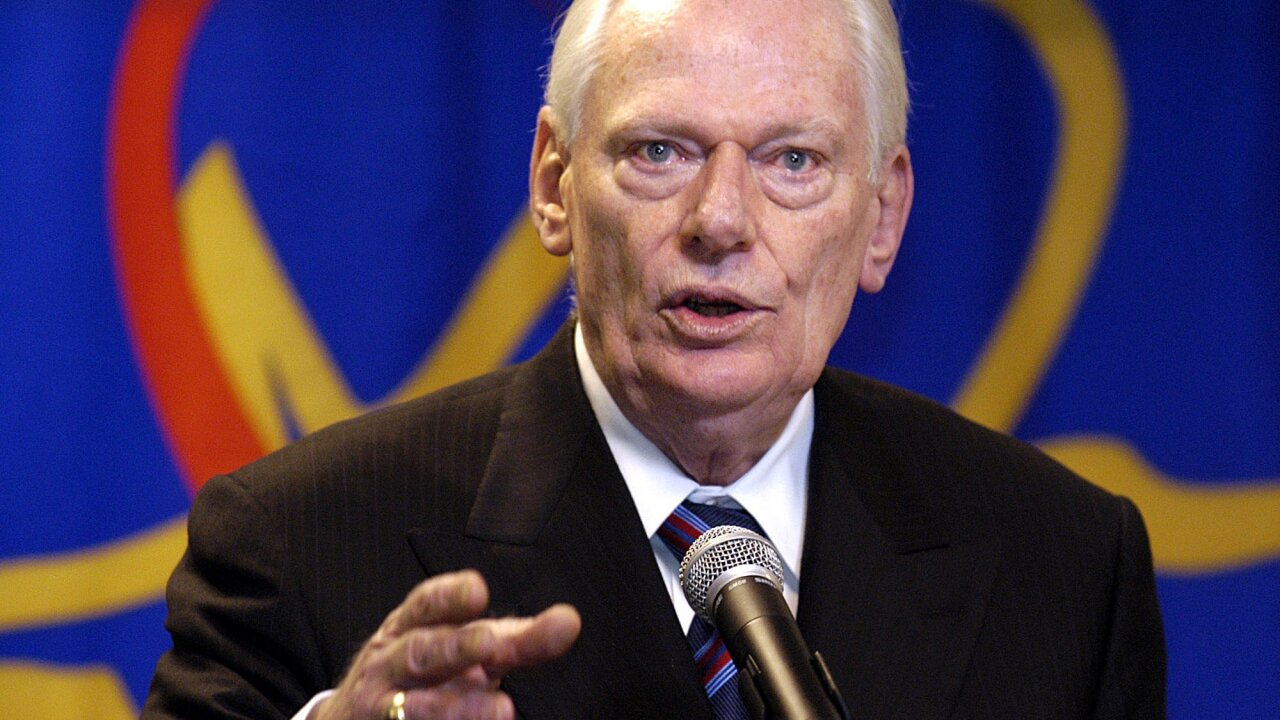 Herb Kelleher, the eccentric founder of Southwest Airlines, died Thursday. He was 87.

The company announced his passing in a statement that described Kelleher as a “pioneer, a maverick, and an innovator.” The cause of death was not disclosed.

“His vision revolutionized commercial aviation and democratized the skies,” the company said. “Herb’s passion, zest for life, and insatiable investment in relationships made lasting and immeasurable impressions on all who knew him and will forever be the bedrock and esprit de corps of Southwest Airlines.”

He is survived by his wife and three of their four children, according to a blog post from the company.

Kelleher was a young lawyer living in Texas before leaving his firm to start Southwest in the 1960s with the goal of providing low-cost transportation among Houston, Dallas and San Antonio. But then-competitors Braniff, Trans Texas, and Continental Airlines fought to keep his startup out of the skies with a temporary restraining order.

Kelleher personally fought the ban, without charging a penny in legal fees, all the way to Texas’ highest court, which eventually ruled in favor of Southwest.

The company — which has become known for its cheap fares, lack of seating assignments and all-coach cabins — began flying in 1971. It evolved into a driving force in the airline industry with routes all over the United States.

“I knew nothing about Airlines, which I think made me eminently qualified to start one because what we tried to do at Southwest was get away from the traditional way that airlines had done business,” he told NPR’s Guy Raz in 2016. “I think that was very helpful.”

Kelleher served as Southwest’s executive chairman from March 1978 until May 2008 and as president and CEO from September 1981 through June 2001, according to the company. He held the chairman emeritus title at the time of his death.

“His vision for making air travel affordable for all revolutionized the industry,” Southwest chairman and CEO Gary Kelly said in a statement. “But his legacy extends far beyond our industry and far beyond the world of entrepreneurship. He inspired people; he motivated people; he challenged people—and, he kept us laughing all the way.”

In his 2016 interview with NPR, Kelleher described his affinity for Wild Turkey bourbon, said he smoked for the vast majority of his life and enjoyed cheese crackers for breakfast.

He also reminisced about a promotion from Southwest Airlines’ early days. When the company was still operating solely in Texas, Kelleher promised customers they’d pay the lowest fare possible. But if they paid a higher fare, “we would give you a free bottle of whiskey.”

“For a couple of months, we became the largest liquor distributor in the state of Texas,” he said.