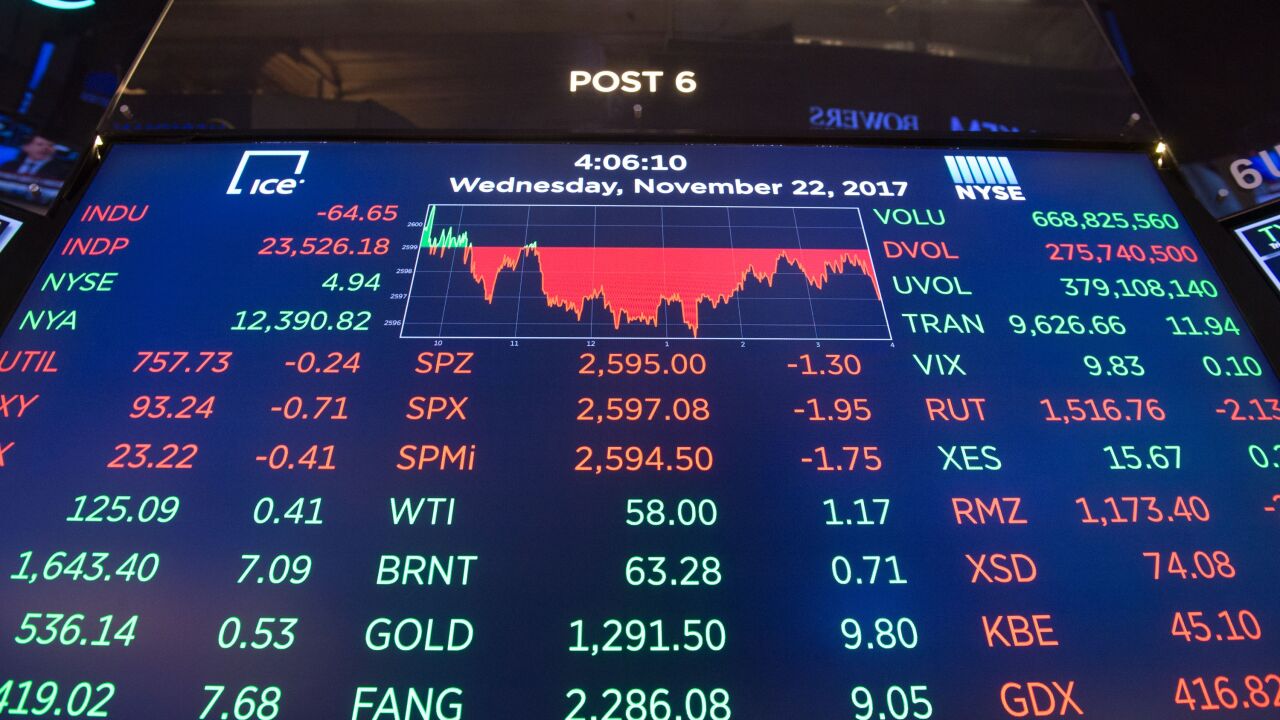 A video board display’s the closing numbers after the closing bell of the Dow Industrial Average at the New York Stock Exchange on November 22, 2017 in New York. / AFP PHOTO / Bryan R. Smith (Photo credit should read BRYAN R. SMITH/AFP/Getty Images)

The New Year sell-off comes after a difficult 2018 for many investors. Last year was the worst for US stocks since 2008. December was a particularly dreadful month, with the Dow plunging 8.7%.

Among the top concerns for investors is faltering growth in China, the world’s second biggest economy, and continuing trade tensions with the United States. The Shanghai Composite slumped almost 25% last year, making it the world’s worst-performing major market.

There were new signs of weakness in China on Wednesday.

The latest purchasing managers index survey, conducted by media group Caixin and research firm Markit, fell to 49.7 in December from 50.2 in November. It is this second time this week that data has indicated China’s huge manufacturing sector is now contracting.

“It is looking increasingly likely that the Chinese economy may come under greater downward pressure,” said Zhengsheng Zhong, director of macroeconomic analysis at research firm CEBM Group, in a statement accompanying the Caixin PMI release.

Analysts said that many investors were now betting on the prospect of a significant global economic slowdown within the next 18 months.

Other concerns include rising US interest rates and uncertainty surrounding the United Kingdom’s scheduled exit from the European Union, said Kyle Rodda, a Melbourne-based analyst at broker IG Group.

“Any extra drag on a global economy already feeling the pinch… is highly unwelcomed,” he said.