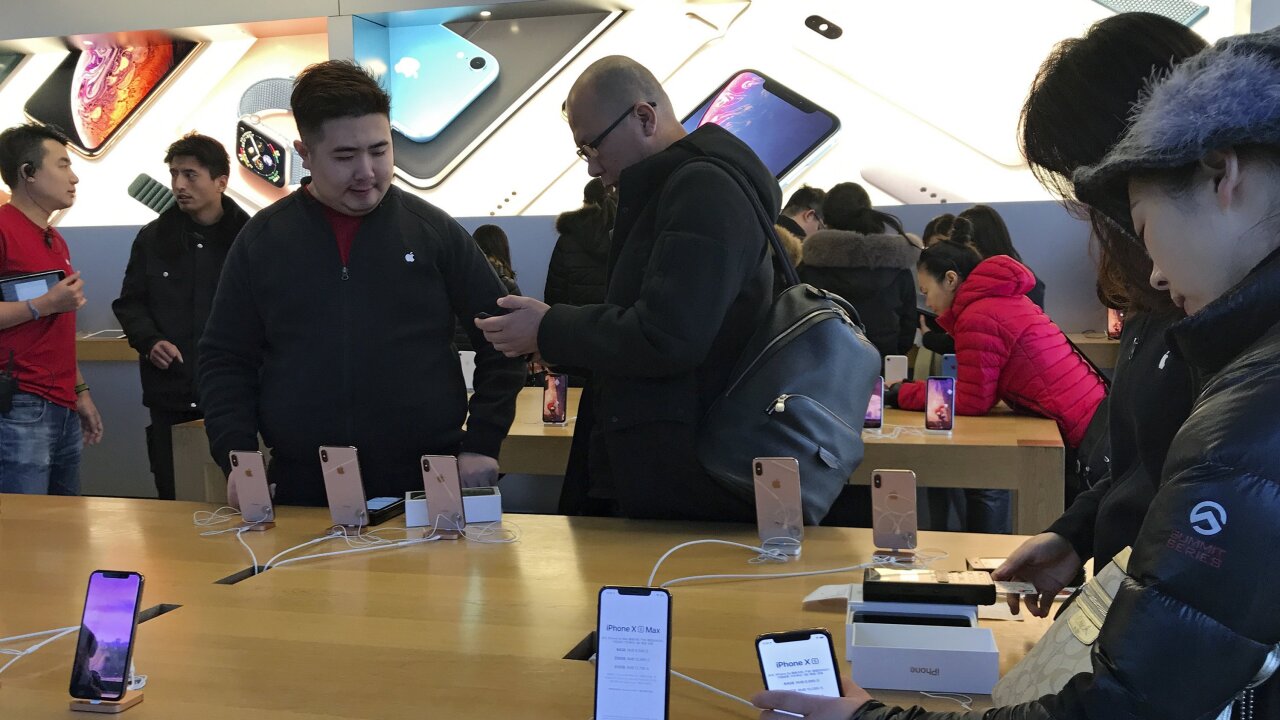 Apple (AAPL) warned investors to expect lower sales from the holiday quarter due primarily to “lower than anticipated iPhone sales in China amid an ongoing trade war with the U.S., as well as other factors like the company offering cheaper iPhone battery replacements, according to a letter from CEO Tim Cook on Tuesday.

“While we anticipated some challenges in key emerging markets, we did not foresee the magnitude of the economic deceleration, particularly in Greater China,” Cook wrote in the letter. He pointed in part to “rising trade tensions” with the U.S.

After decades of expansion, the Chinese economy is slowing down. Growth in 2018 is set to be the weakest since 1990. And 2019 looks even worse. The world’s second largest economy, China is feeling the effects of a darkening trade outlook and government attempts to rein in risky lending after a rapid rise in debt levels.

Apple now expects revenue for the three months ending in December to be about $84 billion, down from an earlier estimated range of between $89 billion and $93 billion.

The iPhone has been Apple’s chief moneymaker for years, accounting for nearly 60% of Apple’s total sales in the three months ending in September.

The company’s shares were briefly halted after hours before Cook’s letter was made public, and fell as much as 8% when trading resumed.

While Cook focused on the impact of China, he did note in the letter that the number of people upgrading to new iPhones was “not as strong” as the company had hoped in other more developed markets.

In particular, he pointed to fewer carrier subsidies, a stronger U.S. dollar making devices more expensive abroad, and Apple’s decision to offer $29 battery replacements for the iPhone. The latter policy was introduced to ease an outcry after it was discovered that Apple was slowing down older iPhones.

But this admission about upgrades could fuel investor concerns about weaker demand for the new lineup of pricier IPhones introduced in the fall. Multiple iPhone parts suppliers cut their sales outlooks in November.

With Apple’s iPhone unit sales flatlining, Apple has shifted to trying to get consumers to pay more for each device. In October, Apple shocked investors by saying it planned to stop disclosing the number of iPhones sold each quarter.

In his letter to investors, Cook touted continued traction in Apple’s “non-iPhone businesses,” including wearable devices and supplementary services, like iCloud, Apple Pay and the App Store. But he admitted that the downward revision of its sales forecast is “disappointing.”