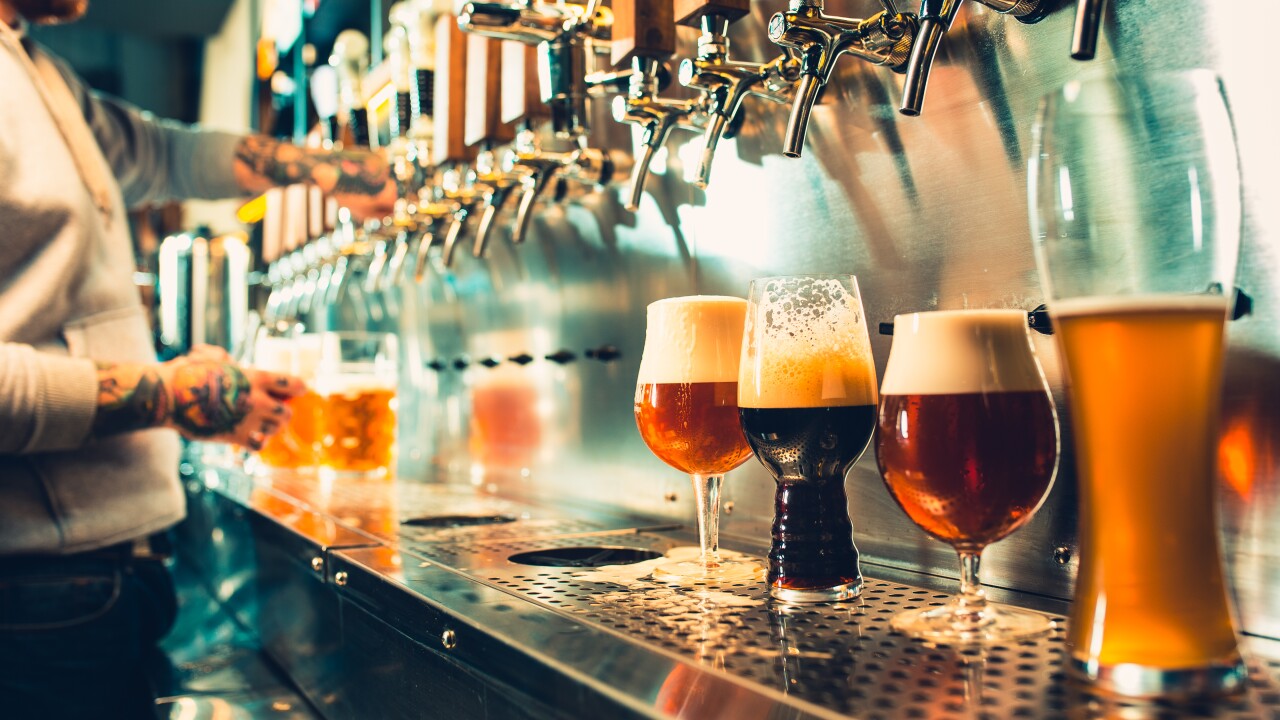 It’s that time of year when the Champagne flows and the partying kicks off with a toast to the new year — but at what age can most young people legally start sipping bubbly?

Around the world, the age when it’s legal to purchase or be served most alcohol products varies from 13 in Burkina Faso to 25 in Eritrea.

Here’s a brief look at how not only the legal drinking age but the culture and parenting around alcohol consumption varies across countries.

Legal drinking ages around the world

In 2016, age limits for on-premise service and off-premise purchases of alcohol did not exist in 11 and 24 countries, respectively, according to the latest data from the World Health Organization.

On the other hand, “some countries have a total ban on alcohol, so it’s not legal to sell to anyone,” said Dag Rekve, a researcher in the Department of Mental Health and Substance Abuse at WHO in Geneva, Switzerland.

“By far, the bulk of age limits are around 18 and 20, but there are a considerable number of countries that have 21,” Rekve said.

“So you have everything from a total ban, where nobody can buy or sell, to an age range of limits from 13 to 25, and then there are some countries that don’t have any age limits whatsoever. It’s legal to sell to anyone,” he said.

Yet in recent years, more attention has turned to how much alcohol young people are drinking, not necessarily the age at which drinking starts.

Research suggests that the greater economic wealth a country has, the more alcohol is consumed and the higher the prevalence of heavy episodic drinking.

Where teen drinking is highest and lowest

In 2016, the country with the highest percentage of 15- to 19-year-olds reporting heavy episodic drinking in the past 30 days was Luxembourg, with 54%, according to WHO. Equatorial Guinea followed with 53.7% and then Lithuania with 53.2%.

No other countries had more than half of teens in that age group report heavy episodic drinking in the past 30 days.

Countries where no 15- to 19-year-olds reported heavy episodic drinking in the past 30 days were Mauritania, Afghanistan, Kuwait, Libya, Pakistan, Somalia, Syria and Yemen.

“Europe usually is really high, both for the adult population and for 15- to 19-year-olds,” Rekve said. More than one-fifth of the European population 15 and older has reported heavy episodic drinking at least once a week, according to WHO.

He added, however, that many European countries have recently seen a drop in alcohol use that mirrors the number of adolescents abstaining from drinking altogether.

A WHO report published in September found that, across 15 European countries and regions, more than 1 in 5 15-year-old girls reported weekly drinking in 2002, with the highest prevalence in England, Scotland, Malta and Denmark. But by 2014, only Malta had a prevalence greater than 20%.

In the United States, rates of binge drinking among teenagers also have been on the decline.

In 2018, consuming alcohol in the past month was reported by 8.2%, 18.6% and 30.2% of eighth-, 10th- and 12th-graders, respectively, according to a report called Monitoring the Future, released by the University of Michigan’s Institute for Social Research in December.

Overall, the percentage of teenagers in America who reported ever using alcohol dropped as much as 58% from its peak in 1994.

“Even parents have a tolerance to alcohol, and in many instances, they maybe even provide the alcohol for parties that they are holding in their house, with the sense that, what harm is there to let teenagers drink when they are home?” said Dr. Nora Volkow, director of the National Institute on Drug Abuse, which funded the report.

“So we have a culture about drinking that is very accepted but that is slowly changing. I think changes in attitudes are in part responsible about why we’re seeing the decreases,” she said.

Studies have varied, but some researchers say no amount of alcohol is good for your health, and binge drinking can damage the body and brain, especially in a young person. Evidence suggests that heavy exposure to alcohol can be tied to brain impairment and cognitive deficits, including memory problems.

During adolescence, neurons in the brain are growing and strengthening, and connections are developing to allow the brain to transmit information faster and allow the brain to process more complex thoughts. Research suggests that, during this time, development occurs in brain regions associated with motivation, impulsivity and addiction.

In general, excessive alcohol consumption ranks as the leading risk factor for an early death or disability in 15- to 49-year-olds, Rekve said.

In other words, of all the factors that could raise your risk for death or disability — such as tobacco use or physical inactivity — too much drinking was the leading risk factor globally among that age group in 2016, according to a study published in The Lancet in August.

The study, based on an analysis of data for 195 countries and territories, found that alcohol use was associated with 3.8% of deaths in girls and women in that age group and 12.2% of deaths in boys and men in the same age group.

“At the same time, we know that almost 60% of the world’s population are not currently drinkers who are 15 years and older. That means that there might be a lot of changes in the future that we need to be aware of,” Rekve said, referencing how in 2016, 57% of men and women worldwide reported abstaining from drinking alcohol in the past 12 months.

In September, WHO launched an initiative called SAFER in an effort to help governments around the world reduce the harmful impacts of excessive alcohol consumption.

As WHO puts it, in many parts of the world, drinking alcoholic beverages is a big part of social gatherings and celebrations — but moderation remains key.