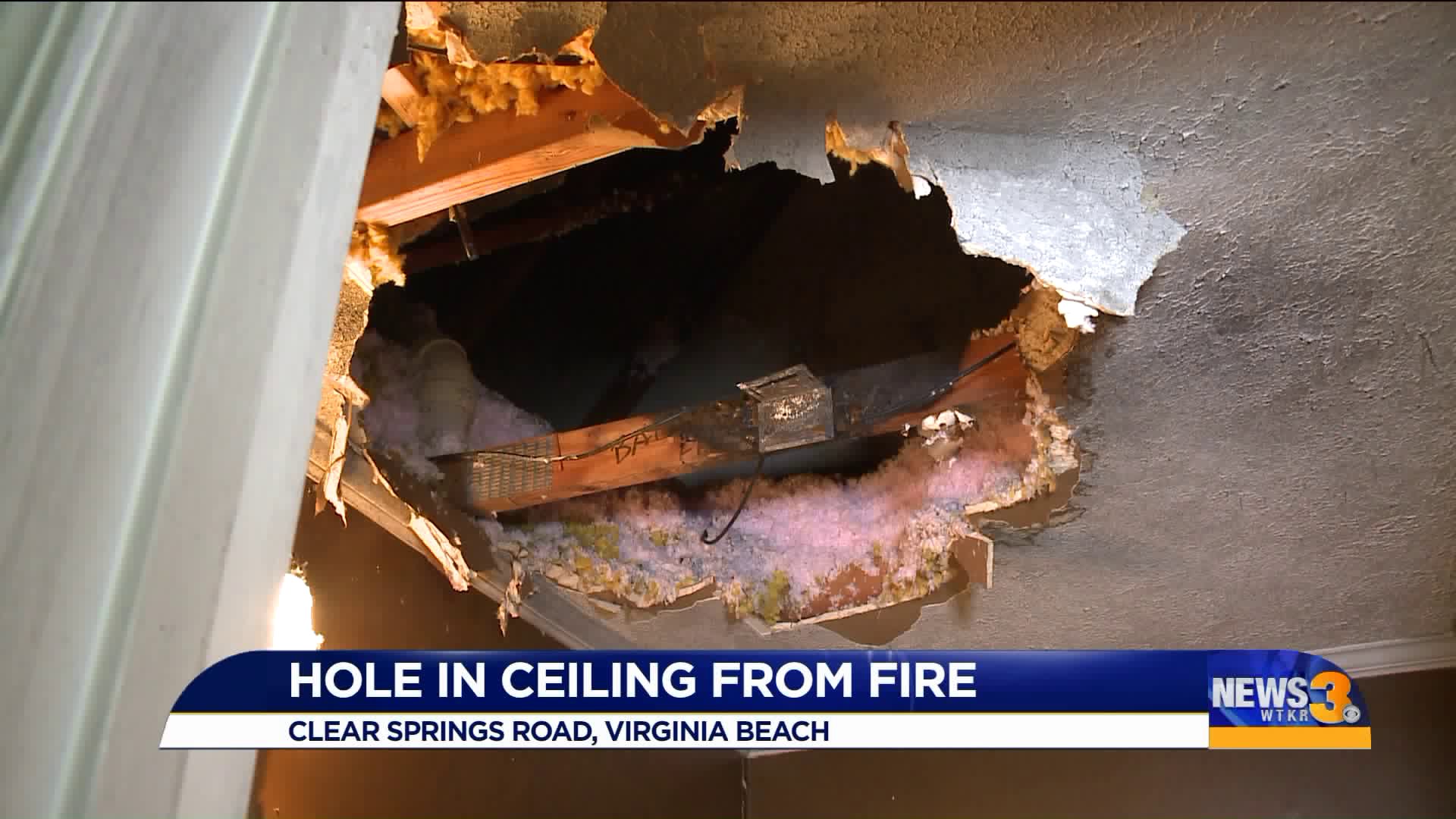 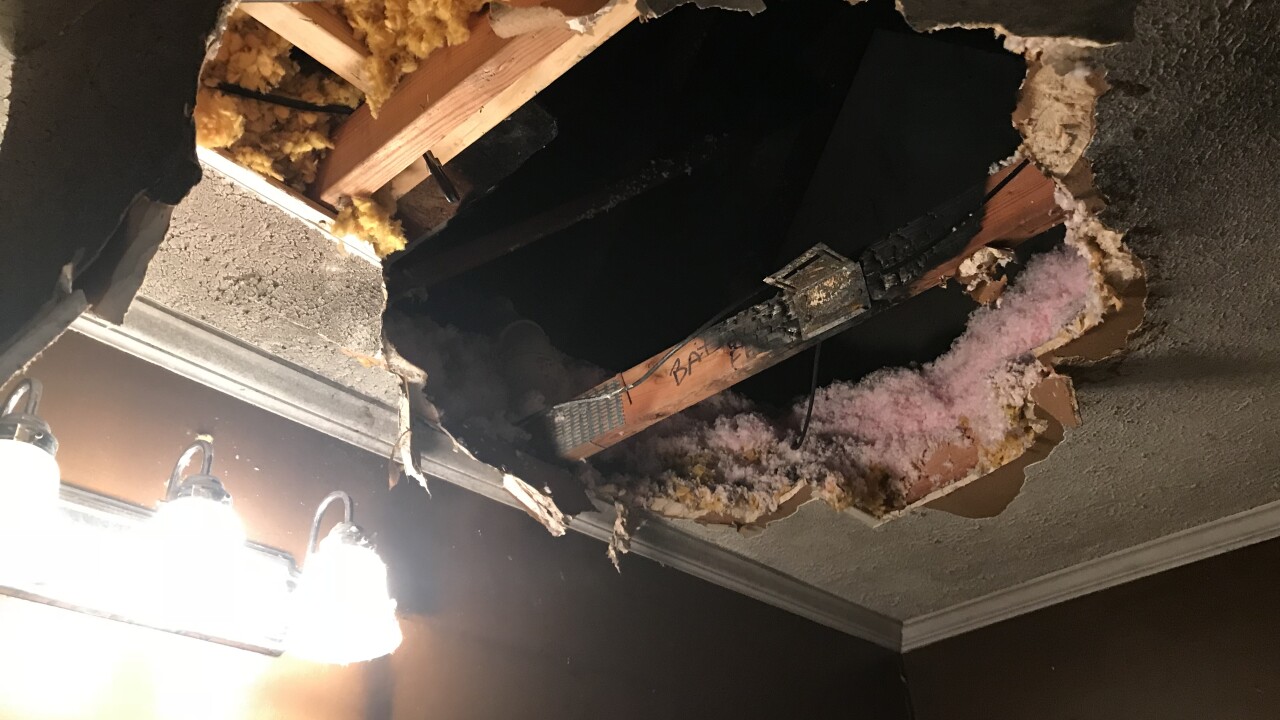 VIRGINIA BEACH, Va. - A Navy veteran in Virginia Beach is trying to make due after his rental home caught fire on December 19. Unfortunately he, his fiancée and their two young sons have had to live in a home with a hole in the ceiling.

The hole in the ceiling of Kevin Jones' Virginia Beach home, caused by a fire

While Kevin Jones's fiancée was in the shower, the ceiling in the upstairs bathroom caught fire. The fire department confirms the fire started from an issue with the exhaust fan in the bathroom.

Nearly two weeks later, the ceiling still has a massive hole and now the tenants are being told by the property managers they have 14 days to move out.

News 3 spoke to one of the owners of the property management company, Patriot Property Management LLC, who said they are willing to work with the family, but the repairs will take a month and the insurance adjuster cannot get to the home until after January 1.

Though the fire department did not condemn the house, a spokesperson said the tenants should not be living in it until the roof and ceiling are repaired.

With children just 2 years old and 10 months old, the family does not want to have to relocate in such a short period of time. They told News 3 they already had to spend Christmas in a hotel and just want to stay in the place their children call home.

Power, heat and all the other functions in the home still work; the ceiling just needs to be boarded up, according to Jones.

The property manager said they were trying to let the family out of their lease in order to get them into a home that does not need repairs. They also cited issues with late rent, but had offered to pro-rate the rent while conditions were poor due to the damage.

Jones has called the City of Virginia Beach's Building Code Enforcement in order to let them know the property needs repairs that the owner has not made. They have an appointment set for Thursday of this week.

The property manager updated News 3 after checking out the damage for himself and said there is structural issues that will take about 30 days to repair. The family does need to relocate for that time and are now trying to raise money on this gofundme page for expenses of a hotel for 30 days.

A co-owner of the property management company said they plan to work with the family in regards to getting the work done, and moving them back in as quickly as possible.

Patriot Property Management LLC has no complaints with the Better Business Bureau.