Graham: Withdrawal of US troops in Syria could lead to Kurdish deaths 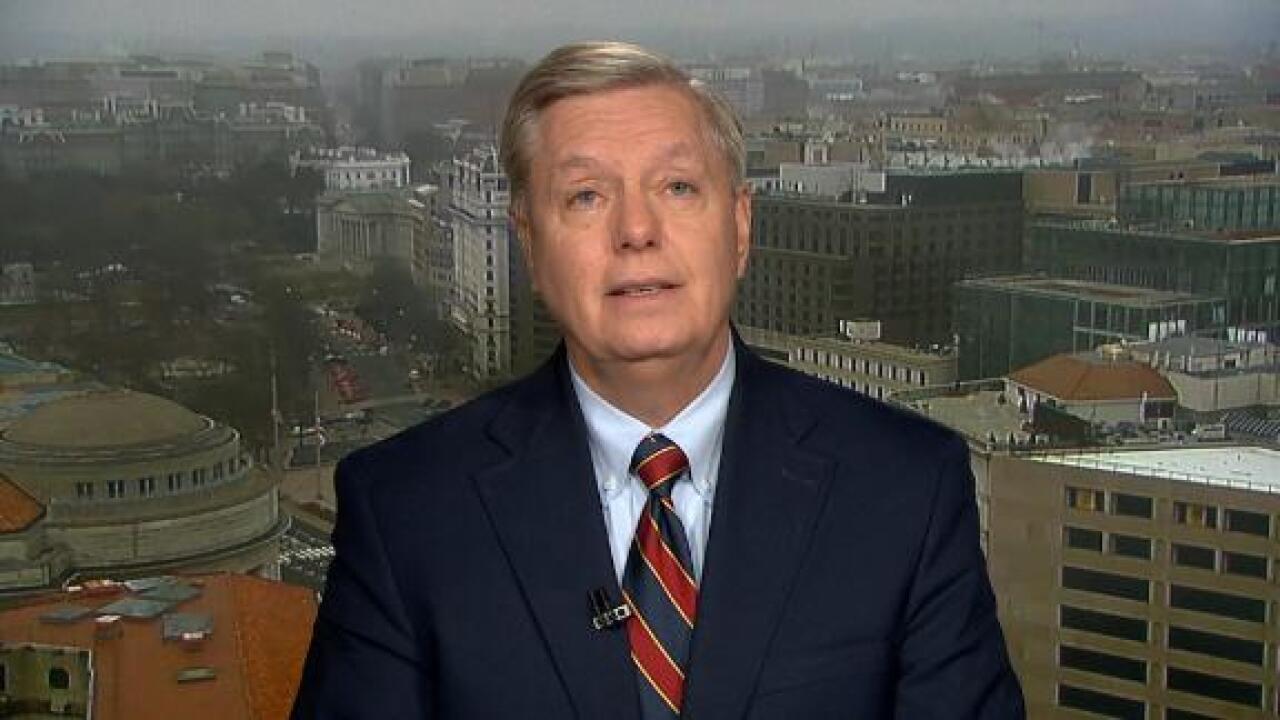 Republican Sen. Lindsey Graham said on Sunday that withdrawing US troops from Syria could directly result in the deaths of Kurdish people there and that he plans to make a case to President Donald Trump today to reconsider his plans.

“There are three things important for this country. Number one, make sure that ISIS never comes back in Syria,” Graham said to CNN’s Dana Bash on “State of the Union.” “We need to keep our troops there. They’re inside the ten-yard line in defeating ISIS, but we’re not there yet. If we leave now, the Kurds are going to get slaughtered.”

“How are you going to convince President Trump to do that?” Bash asked.

“I’m going to talk to him at lunch,” Graham replied, referring to a lunch meeting he is set to have with Trump on Sunday.

“The President is reconsidering how we do this, he’s frustrated,” he added.

Trump’s decision earlier this month to order his staff to execute the “full” and “rapid” withdrawal of US military from Syria was met with harsh criticism from both sides of the aisle. Hours after the announcement, Graham decried the move as a “disaster” and “a stain on the honor of the United States.”

On Sunday, he warned against the transfer of security in Syria from the US to Russian and Turkish forces, a change that could leave the Syrian Kurds, whom the United States has assisted and armed, at risk from both ISIS and Turkey.

“I’m asking the President to make sure that we have troops there to protect us. Don’t outsource our national security to some foreign power,” Graham said. “If we leave now the Kurds will get in a fight with Turkey, they could get slaughtered. Who would help you in the future?”

“And this is something you’re going to tell the President today?” Bash asked.

“Yeah, I’m going to ask the President to do something President Obama would never do: reconsider,” Graham replied.