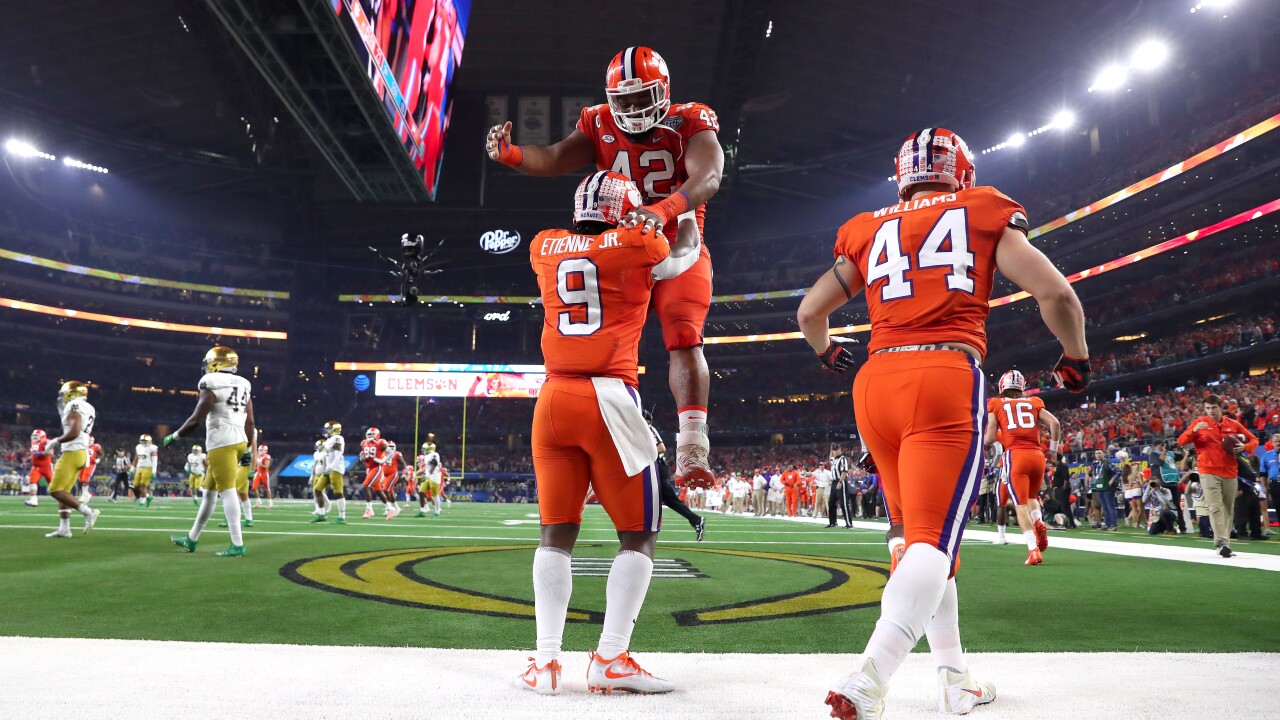 ARLINGTON, Texas – Clemson claims a spot in college football’s biggest game again. In the Cotton Bowl, the Tigers were too much for Notre Dame, crushing the Irish 30-3.

The Tigers (14-and-0) will play in the national championship game for the third time in the last four seasons.

True freshmen came up big for Clemson. Quarterback Trevor Lawrence went 27-of-39 for 327 yards and three touchdowns, while receiver Justyn Ross hauled in six catches for 148 yards and two touchdowns.

All-ACC running back Travis Etienne rushed for 109 yards on 14 carries. His 62-yard touchdown dash put the Tigers up 30-3 in the third quarter.

The national championship game is January 7 at Levi’s Stadium in Santa Clara, California.