Millions could face blizzard conditions or flooding by this weekend 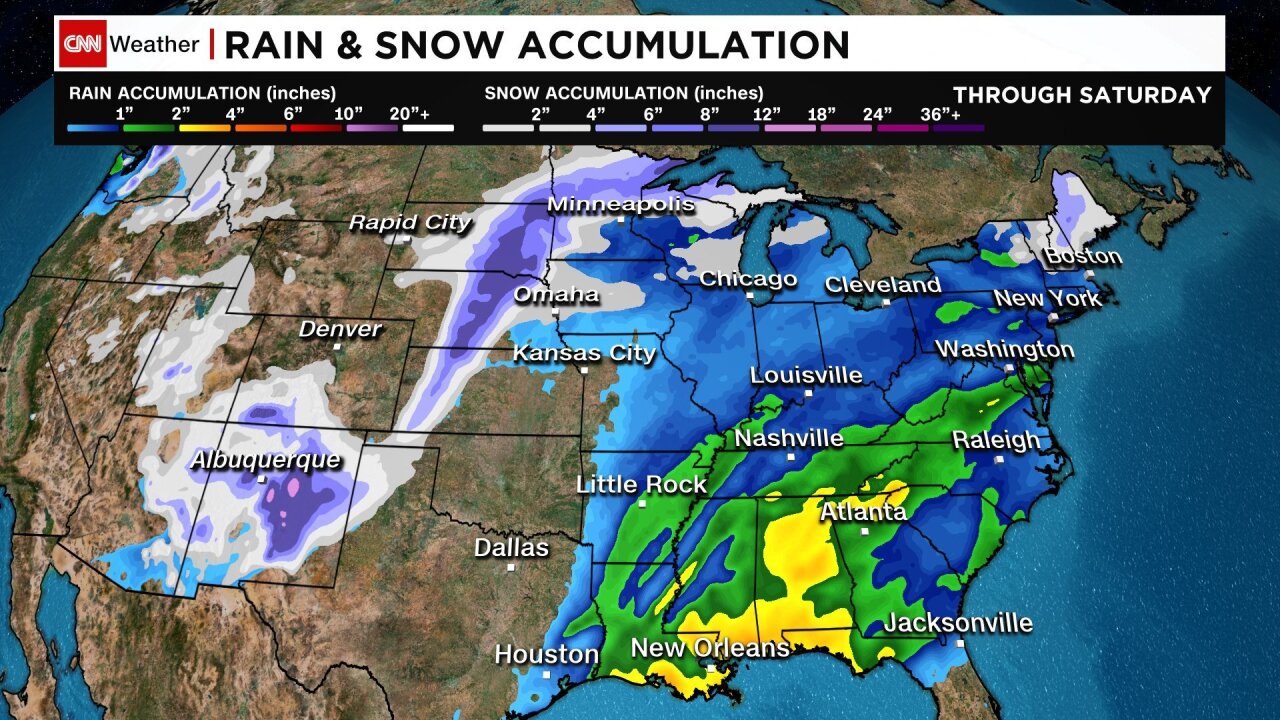 “This storm system was always comprised of two threats — one for blizzard conditions and another for severe weather,” CNN meteorologist Gene Norman said.

Already brutal weather has caused injuries aboard an American Airlines flight in Texas and the cancellation of a college football bowl game.

Now more dangerous conditions will wreak havoc for travelers through the rest of this week. Some cities will get buried under a foot of snow, while others will get pummeled with a severe storm or flooding.

About 1 million people are under blizzard warnings Thursday in parts of Kansas, Nebraska, Minnesota and the Dakotas, CNN meteorologist Monica Garrett said.

“Snow with high winds and low visibility will make travel in this area dangerous if not impossible at times,” Garrett said.

The storm system is expected to dump 6 to 12 inches of snow in Colorado, Kansas, Nebraska, Minnesota and the Dakotas, Norman said.

A deluge expected in the Southeast

Atlanta, home of the world’s busiest airport, could get up to 6 inches of rain by the end of the year — potentially snarling holiday travel.

Coastal parts of Texas are getting walloped Thursday after severe weather caused in-flight injuries and spiked a football game a day earlier in the Dallas area.

A tornado watch is in effect for southeastern Texas and southwestern Louisiana until 11 a.m. (noon ET) Thursday, Garrett said.

“Severe storms including damaging winds and an isolated tornado are possible along the Gulf Coast from Louisiana to Alabama today,” she said.

“Winds will also be strong from the Gulf Coast northward to the Ohio Valley, with winds gusting up to 45 mph throughout the day today.”